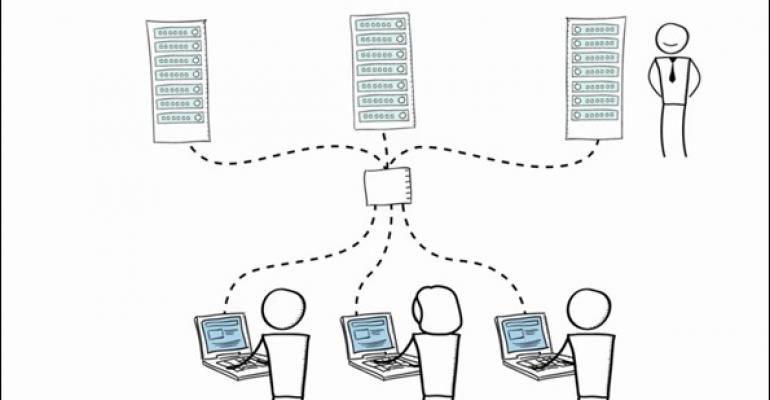 Is Desktop as a Service the Next Big Thing?

Amazon again pushes into a new market before Microsoft

Responding to the dominance of PCs in the late 1990s, workstation and server maker Sun started pushing its Network Computer vision. This was a scheme to replace powerful but complex Windows PCs with thin clients and centralized (and Sun-based) server infrastructure, ostensibly lowering costs and simplifying management. The Network Computer never amounted to anything, of course, and the PC soldiered on for another decade of uninterrupted growth. But thin client computing has gone through many permutations over the intervening years. And given the rise of cloud computing, you might not be surprised to discover that it's making another comeback.

Related: An Amazon Blueprint for Microsoft's Devices and Services Vision

This new effort, which I think of as "Desktop as a Service," or DaaS, moves the centralized infrastructure to the cloud. It's a natural extension to Virtual Desktop Infrastructure (VDI), which Microsoft's Windows Server team was pushing as its Datacenter-centric thin client computing strategy for several years.

There was always some debate over the cost-effectiveness and potential savings of VDI versus a more traditional infrastructure with rich PC clients. And while the move to mobile computing devices (over traditional PCs) might seem to eliminate such debates, it has really just brought them back to the forefront. That is, thanks to the passage of time, users are no longer constrained to WYSE and similar thin clients. Instead, they can use their own powerful non-PCs devices, such as iPads and Android tablets.

Last week, Amazon made some DaaS noise when it announced the immediate availability of a new service it calls Amazon Workspaces. Basically, Workspaces is VDI in the cloud with a proprietary technology licensed from Teradici that aims to cut down latency. This is an issue that previously plagued traditional VDI—and yes, we're calling VDI "traditional" now—so it's perhaps not surprising that there have been some solid gains here.

What is surprising, to me at least, is that Amazon got there first, at least among the big players. Microsoft is planning a DaaS solution for Windows Azure, obviously, and companies such as VMware, Citrix, and others have their own services in the works, too. But here's Amazon, which basically invented the devices and services mantra, doing it again.

Regardless of where you fall in the VDI/rich desktop debate, it's pretty clear that DaaS has a solid chance for success where Network Computers did not, and for two basic reasons. One, it's now very easy to virtualize and deliver to users a full Windows desktop experience with Microsoft Office and whatever other applications users need to get work done. And two, tablets and other mobile devices are quickly displacing traditional PCs as you read this: These devices are powerful enough to get real work done, and DaaS can put them over the top. Tablets aren't thin clients at all. They're rich in many ways, but just lacking compatibility with the Windows desktop.

(OK, it doesn't hurt that bandwidth keeps getting cheaper and more available, too, of course.)

DaaS seems like an ideal Microsoft solution, doesn't it? This is a company that has been obsessed with backward compatibility for decades, and DaaS is a perfect way to mix the old and then new on modern mobile devices. How did Microsoft not do this first?

We're starting to drown in industry buzzwords and acronyms, but here goes nothing. Where traditional VDI and rich client computing simply exchange the places where organizations spend money and implement complexity, DaaS potentially offers a real breakthrough. Thanks to the (ahem) wonders of Bring Your Own Device (BYOD) and the consumerization of IT, corporations can allow employees to use their own devices, managed lightly with a Mobile Device Management (MDM) or Exchange ActiveSync (EAS) solution. They can then publish easily managed Windows virtual machines (VMs) to users' devices via an inexpensive and external DaaS infrastructure, giving employees access to the mission-critical apps that won't run natively on those devices.

In theory, this is a win-win. Employees get to use the devices they want, and their employers will save money on both ends.

In reality, things never go this smoothly. And we can't have a discussion about cloud computing without at least passing mention of the regulatory and legal requirements that often shut down these kinds of solutions in the planning stages. Still, I'm starting to think that DaaS might finally realize the original thin client vision, if only because of the passage of time and the attendant technological improvements we've seen since the 1990s.

But that also means that DaaS could be the final nail in the PC coffin. After all, the original point of thin client was to eliminate the PC threat. By offering a way to migrate from PCs to devices, DaaS might  very well accomplish what Sun never could.