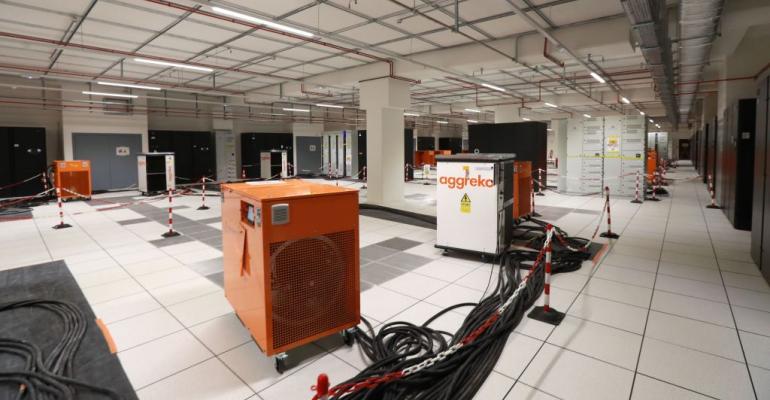 Digital Realty’s announcement of a planned merger with the pan-European interconnection powerhouse Interxion at the start of the data center REIT earnings season overshadowed reports of robust quarterly results by the entire sector. Here’s all the newsworthy material that came out of third-quarter reports investors should know about.

(Find the first part of our third-quarter coverage here)

Related: Dell Has a New Cloud Strategy, but It’s Still an Infrastructure Vendor

A big theme across the sector was solid bookings and/or record annualized revenues generated from leases signed during the third quarter.

This is despite much lower net absorption in Northern Virginia by hyperscale customers. Last year, a record 270MW of data center net absorption in this market smashed its own previous record of 115MW in 2017. Allen Tucker, a real-estate strategist and data center site selection expert, estimated that 140MW will be the total number for full-year 2019. (Of course, even a single big hyperscale deal in the fourth quarter could skew that number higher.)

Keep in mind that the “powered shells” Amazon subsidiary Vadata leases for AWS data centers are not included in these net-absorption figures.

Notably, this was in sharp contrast to the previous quarter, when rental rates on $125 million of renewal leases rolled down 5.8 percent on a cash basis and down 3.7 percent on a GAAP basis.

Equinix continues to grow AFFO per share at a rapid clip to support a growing dividend, while retaining over 50 percent of funds available for distribution to invest in organic growth.

During CyrusOne’s earnings call, CONE common shares sold off when CEO Gary Wojtaszek quashed market rumors of a potential sale of the company. But this masked solid Q3 results:

Subsequent to the end of the quarter, CyrusOne acquired 20 acres of land with 24MW of power capacity in Council Bluffs, Iowa, to deliver a hybrid cloud solution for enterprise customers.

One area for investors to watch closely is management's elevated churn guidance of 9 to 11 percent, versus the historical range of 7.5 to 8 percent. Additionally, a customer in SV7 (Silicon Valley) will be vacating a 9MW data hall over the next two years. Management seemed confident about CoreSite’s ability to re-lease that space. given the current Silicon Valley market conditions.

One bright spot in the quarter’s hyperscale leasing results in Northern Virginia came courtesy of QTS:

Our key takeaways of what made data center providers successful during the quarter were:

The quarter showed that publicly traded REITs operating across US, Europe, and Asia-Pacific markets are agile when it comes to allocating capital and resources where customers are expanding, and that supply-demand fundamentals are balanced.