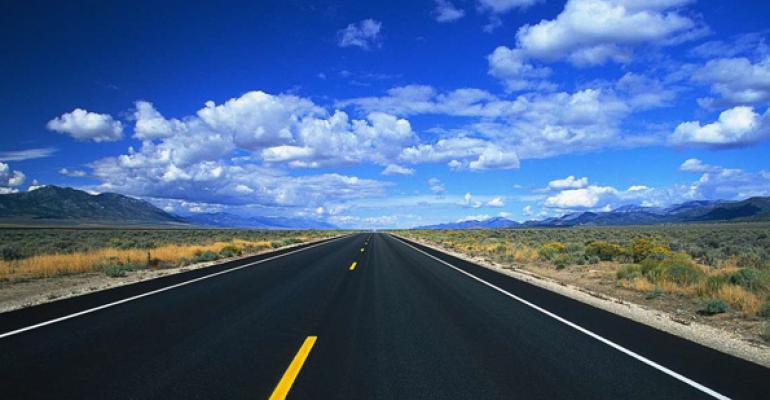 At its annual TechEd confab in New Orleans this June, Microsoft will announce a sweeping set of updates to its on-premises servers and cloud-hosted services that provides our first peek at the firm’s plans to service these products going forward. Known collectively as “Cloud OS”—more a vision than a product name—this group of products and services is Microsoft’s answer to the trends that are now sweeping our industry.

For simplicity’s sake, I’ll refer to this coming set of updates to the Cloud OS products and services as Cloud OS v.Next. But as you’ll see, the on-premises servers are mostly going to be branded with R2 suffixes, as is the custom of Microsoft’s Server & Tools business. And the Azure services, as cloud services, don’t really pick up any easily identifiable version number at all.

I first wrote about Cloud OS late last year. Long story short, Microsoft is evolving its on-premises servers as what it calls private cloud solutions, and of course Azure, Office 365, and other related services are public cloud solutions. Cloud OS is basically an acknowledgement that these products and services will evolve together in a virtuous cycle where each impacts the other, and Microsoft being Microsoft the firm of course also offers hybrid solutions that bridge the two worlds, an important differentiator and advantage over its erstwhile competition.

Looking ahead to Cloud OS v.Next—again, this is my naming, not Microsoft’s—we see a not too subtle move to cloud orientation. That is, while Microsoft continues to offer both on-premises and pure cloud solutions, and will do so for the foreseeable future, even its locally-installed servers will be updated and serviced as if they were cloud services. This mimics how Microsoft is evolving core client-side products such as Windows and Office, of course.

I’ve argued elsewhere—in Azure Is the Future of Microsoft—that Microsoft’s long-term goal is to fully embrace its “devices and services” mantra and move inexorably to cloud services in lieu of on-premises designs, and that Azure is thus, going forward, the primary business of the company. The Cloud OS v.Next updates, which will be delivered by the end of 2013 and will constitute the first wave of an ongoing series of updates to the current-generation products, do not represent that type of change, not yet. But what they do provide is the building blocks for the changes to come.

Looking at the specific products that make up Cloud OS v.Next, we see updates to core on-premises products such as Windows Server 2012 R2, System Center 2012 R2 (including Configuration Manager 2012 R2), SQL Server 2014, and Visual Studio v.Next, among others. In the cloud, you’ll see updates and improvements like Windows Azure Services for Windows Server 2012 R2 (my vote for silliest Microsoft product name this decade; guys, how about just calling it Azure Connect?), Windows Intune v.Next, and updates to Azure SQL Database, Azure AD (with identity and access management), Azure Active Authentication, and more.

(Beyond that, Microsoft promises “regular” cloud and on-premises releases—which I take to mean “yearly”—with common R&D across both environments. On the side, I’ve heard that Cloud v.Next + 1 could be a fairly major release, and could even include the rebranding of all Azure services to remove the Windows moniker.)

Before getting into a few specifics about the products and services that make up Cloud OS v.Next, I would like to briefly address the standard resistance that pops up anytime I discuss cloud computing, especially when you consider that these products point to a future in which on-premises computing is potentially deemphasized over time. (That’s not happening with Cloud OS v.Next.)

Microsoft distinguished engineer Jeffrey Snover explained that Microsoft would convince customers to make the journey to the cloud worth it by offering great performance with cloud costs, the promise of its Trustworthy Computing initiative, and what he calls Cloud Plug and Play. Under this system, you should be able to plug devices into the cloud anytime, and anywhere, and access apps, data and people. Plug applications—on Windows or Linux—into the cloud. Plug any resource into the cloud fabric and it just works: Servers, storage, networking, whatever. And it should all just work.

Here’s a peek at what you can expect from the Cloud OS v.Next updates. My Windows IT Pro compatriots, Sean Deuby and Mike Otey, have written companion articles that go into much more detail about several key aspects of these changes.

Hyper-V: The underlying technology that drives it all

Things are getting very interesting with Cloud OS v.Next, and the coming version of Hyper-V—Microsoft refuses to call it Hyper-V 4, Hyper-V 3 R2 or whatever—and some very interesting capabilities emerge. First up is support for a new type of VM called Generation 2 VM. These VMs don’t support any legacy hardware features at all and instead are UEFI-based, with much deeper integration with the underlying OS. A Gen-2 VM only supports 64-bit versions of Windows 8 and Windows Server 2012 and newer, and provide advantages like Secure Boot support, enhanced VM interaction with full Remote Desktop capabilities, and—admins will love this one—automatic product activation when run on Windows Server 2012 R2 Datacenter.

Hyper-V v.Next also supports live migration of VMs from WS2012 to WS2012 R2, faster Live Migration of VMs (2x improvement in time, Microsoft says, with SMB Direct support for those with high-end networks), and online VHDX resizing capabilities. You can also export a VM or VM snapshot while the VM is running.

I didn’t get a full rundown of new WS2012 R2 features, but in addition to the Hyper-V improvements mentioned above, there some major changes coming to the system’s storage capabilities. Here, too, the original WS2012 release offers a good story, with such technologies as Storage Spaces, SMB 3, data deduplication, Virtual Fibre Channel, ReFS, VHDX, and much more. In R2, Windows Server is picking up a number of new and improved storage features, though of course the feature list is trimmed somewhat to accommodate the new yearly release cycle. It’s also “cloud optimized,” with support for private, public, and hosted clouds, and a new single standardized management interface for storage management.

I’m particularly interested in the improvements to the well-received Storage Spaces feature, which lets you deploy redundant off-the-shelf storage in ways that are more flexible and less complex than previous methods. With R2, Storage Spaces picks up a new Storage Tiers feature which piles on the performance: Here, you can specify a tier of SSD-based storage and a separate tier of traditional HDD storage, and create what is effectively a hybrid pool with optimized data placement. You can “pin” files—under admin control—to be on the SSD tier for speed, for example, and move data between tiers as required (or under a schedule). Storage Spaces is also getting a new write-back cache feature that helps absorb spikes in random disk write activity by essentially using an SSD tier as a buffer for the slower HDDs. It’s particularly well suited for virtualized environments, according to Microsoft.

When it comes to Microsoft, Linux and UNIX aren’t exactly the first thing that comes to mind, but the firm understands that the world is heterogeneous and that many organizations have Linux and UNIX too. Microsoft’s goal here is simple: Play well with others and be particularly open in the cloud by embracing open standards and open source, and by enabling open source on its platforms.

I know, crazy talk. But Microsoft feels it can offer a superior private cloud infrastructure that supports both Windows (Server) and Linux (server) guests with a single systems management infrastructure that supports Windows (Server), Linux (server) and UNIX (server) as well. So while it’s not completely altruistic, the end result is pretty impressive: production-ready Linux and UNIX capabilities across Windows Server, Azure, and System Center.

Microsoft supports a number of Linux and UNIX OS variations—Red Hat, SuSE, CentOS, Ubuntu, Debian, and Oracle in the Linux space and AIX, HP-UX, and Solaris UNIX—and, just in case you’ve not been paying attention, it’s been doing so for four years. New to R2 are new features for Linux guest VMs like dynamic memory, dynamic VHD/VHDX resizing, and remote VM replication for disaster recovery. (Interestingly, Microsoft’s Linux Integration Services are actually delivered as part of the supported Linux distributions, not directly from the Microsoft web site.)

Speaking of System Center, the next version of Microsoft’s systems management solution will fully support hybrid environments that work across Windows Server 2012 R2 on-premises and Azure in the cloud. This includes hybrid networking features, which add up to what is essentially virtual networks that span the environments, hybrid identity including an update to Windows Azure Active Directory (WAAD), and hybrid data recovery functionality through the Windows Azure Hyper-V Recovery Manager, which provides Software as a Service (SaaS)-based recovery orchestration and management.

I was particularly interested in Microsoft’s plans to extend Windows Server 2012 R2 Essentials—the next version of its new line of small business offerings—upmarket to include mid-sized businesses as well. Essentials R2 will support more PCs and devices, will integrate with more services—including Office 365 as before, but now integrated, as well as Azure Active Directory and Azure-based Microsoft Online Backup—and is optimized for hosters while supporting a new VM-based install option.

I’ll be writing more about Essentials R2 next month after I’ve had a chance to actually install it here and spend some more time with it, but based on the demos I’ve seen, this small business offering—well, small business and mid-market offering—looks solid. You can even install Essentials as a role on Windows Server 2012 R2 Standard.

Overall, the Cloud OS v.Next lineup is an intriguing bridge between the on-premises world that most of us work in today and the cloud computing future that Microsoft believes is the path forward. It’s also an impressive step forward for just one year of work. At the time of this writing, I’ve only spent a few days investigating what’s happening in this products and services wave, so there will be plenty more to say in the months ahead. I’ll have more soon, as will others at Windows IT Pro.