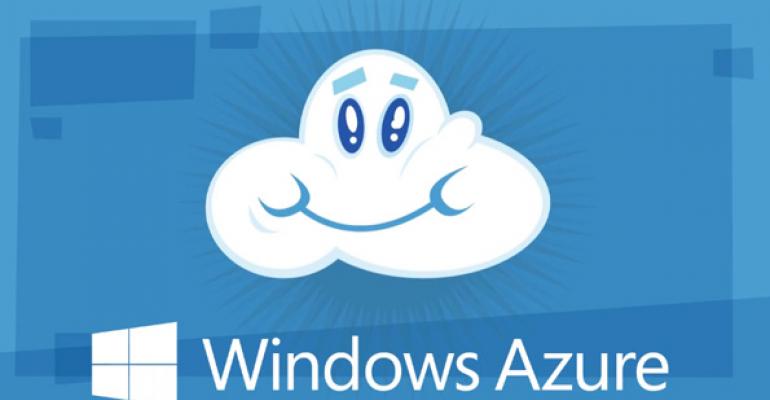 Azure Is the Future of Microsoft

What I'm about to suggest will be controversial in some circles. But it's a message that IT pros need to hear now so they can prepare for the future. And it goes like this: The market for on-premises servers and infrastructure is coming to an end. The future—the end game, if you will—isn't on-prem, and it's not even really a hybrid model, although there will of course be some of that. It's the cloud. And for Microsoft, that means Azure.

Now before you find the pitchforks and light the torches, give me a second. I didn't arrive at this conclusion lightly.

In fact, given my general embrace of cloud computing, you might be surprised to discover that I've been studiously ignoring Windows Azure, Microsoft's cloud OS platform, for the past few years. Frankly, I've always found Azure to be a bit overwhelming. But as part of my continuing move away from on-premises computing services, I've begun evaluating Azure this year again with fresh eyes. And it's starting to make sense to me.

Actually, let me put that another way. It's starting to seem inevitable to me.

When Microsoft announced Windows Azure and SQL Azure at the October 2008 PDC, functionality was fairly limited compared to the amazing array of services it now offers. On the Windows Azure side, what Microsoft initially created was a new platform, analogous to Windows Server, which allowed businesses to deploy applications to the cloud instead of to their on-site servers. A key scenario included so-called "spiky workloads," where buying, provisioning, and servicing enough on-prem servers for, say, a retail store's temporary annual holiday sales explosion would be prohibitively expensive. But doing so in the cloud would let the store pay only for those resources they needed, when they needed it. Bingo: Problem solved.

That initial Microsoft offering is what cloud computing guys call Platform as a Service, or PaaS. This lets you do things like deploy web-based apps, supporting cloud services, SQL (or third-party) databases, and other components directly to Azure. This model is interesting because it bypasses the complexity of the underlying server—you no longer need to maintain the underlying server in a VM—and lets you focus directly on the task at hand.

Since the initial release of Azure, a lot has changed. SQL Azure has since been renamed to Windows Azure SQL Database, which I think is important. (More on that below.) Azure has been extended with tons of additional services, including some in the Infrastructure as a Service (IaaS) model, where the primary use case here is creating a virtual machine that runs on Azure, deploying applications or other code to that virtual server, and then running it from the cloud, standalone, in tandem with other cloud-hosted VMs and services, or in tandem with your own internal servers and services. Microsoft offers Windows Server-based VMs, of course, but also Linux and UNIX VMs too. It's a big, happy, heterogeneous family.

Separately but not coincidentally, Microsoft has also embraced the so-called private cloud model where what I think of as "units of computing"—servers in a data center, for example—can be managed from a single pane, such as is possible with Windows Server 2012 and the new Server Manager. Critics mope that private cloud is nothing more than a rebranding of on-premises computing, but that's not fair or accurate. Private cloud, instead, is a formalization of practices from public cloud computing applied to the data center, and it includes the underlying infrastructure as well as management capabilities (perhaps System Center-based in the Microsoft view). As important, Microsoft supports a hybrid model in which organizations can maintain infrastructure on-prem and in the cloud, and interoperate as required; the formalization of private cloud computing will also enable these organizations to more easily move to "pure" public cloud systems when possible, or at least put more and more of their infrastructure offsite over time.

When I look out over the transformations that are sweeping Microsoft internally right now—check out "The Microsoft Transition and How It Will Affect You" for a recent rundown—I see the makings of a change that will eventually reflect in its own corporate makeup. That is, it's only a matter of time before Microsoft realigns its internal businesses around devices and services. And this new Microsoft will not be split evenly between those two businesses. I'm thinking 75 percent of it will be services.

Azure sits at the top of that Microsoft Services heap. It is, in other words, the primary business of the company going forward.

Today, we have Windows Server and the various Microsoft servers, most of which have cloud analogs. Windows Server and Azure. SQL Server and SQL Azure. System Center and Windows Intune. Office and Office 365. And so on. To ease the transition to the cloud for its customers, Microsoft has created hybrid solutions in these and other businesses. For the short term, the on-premises solutions will be bigger businesses than the cloud services. But that will quickly flip until on-premises servers are deemphasized and then disappear in some cases. Think about the migration away from 32-bit Microsoft servers and use that as a guide for this change. I expect it to happen similarly. (Microsoft is already moving to a model where cloud services get new features more quickly than their on-prem alternatives. Expect that trend to continue too in the meantime.)

Azure is so key to Microsoft's future, in fact, that I'm starting to question the use of the name Windows on that brand. In many ways it doesn't make sense to call such a thing Windows at all. Azure's a nice name. (And Azure SQL Database rolls off the tongue a lot more easily than does Windows Azure SQL Database. Just saying.)

This shouldn't be shocking, given the incredible work Microsoft has done to reorient itself around the devices and services model (again, mostly services). This is, as I've previously claimed, the single most impressive technological feat in Microsoft's history, and arguably in the history of personal computing as well. But because most IT pros still have an old-school, on-premises mentality, this is going to be a bitter pill to swallow, I know: Migrating from Exchange Server 2003 to 2007 seemed like a big deal until you had to consider migrating from Exchange 2007 to the cloud, and potentially migrating yourself out of a job. Understandable.

You also have your own opinions about cloud computing, I know. And certainly there are legitimate concerns about regulatory and privacy issues, and about bandwidth availability too. I get it. But here's a basic truth that I suspect you'll agree makes Azure and Microsoft's other cloud services inevitable. Microsoft has completely changed its basic business model over the past few years. Because of its history, the firm will of course continue supporting the on-premises solutions that make sense over a certain number of years. But this migration, this sea change, is inevitable. And it is happening right now. Eventually Microsoft will have to make the case that you, its customers, should follow this trusted source down this same path with it. My bet is that it will happen soon.

Update: In the original version of this commentary, I confused Iaas and PaaS (as usual) and have edited accordingly. My mistake, sorry. --Paul