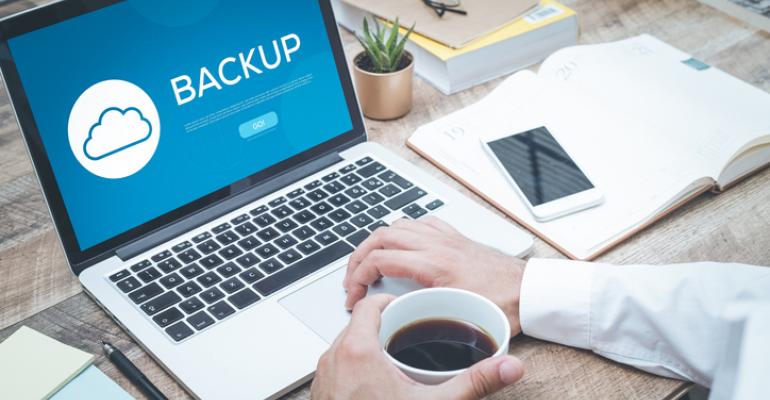 A new AWS cloud backup service aims to make it easier to see where your resources are stored.

As more enterprises move infrastructure to the cloud, they are also exploring cloud-based storage, fueled by their need for backup and recovery. Recent evidence in the real world confirms this trend.

In the last couple of months alone, backup providers Veeam and Rubrik have raised significant funds, while AWS has acquired cloud migration and backup provider CloudEndure. Now, Amazon has launched a new AWS cloud backup service, simply called AWS Backup. The service aims to make it easier for enterprises to automate and manage backups from one central place.

Having an automated solution for AWS cloud backup can be helpful in eliminating the chance of human error, which can frankly lead to disaster if (or rather, when) a backup is misconfigured. With AWS Backup, administrators can use policy-driven rules to automate which resources are to be backed up, while adhering to compliance standards. Rules can be set to create an AWS cloud backup schedule and window, as well as to determine the frequency of backups.

“As the cloud has become the default choice for customers of all sizes, it has attracted two distinct types of builders. Some are tinkerers who want to tweak and fine-tune the full range of AWS services into a desired architecture, and other builders are drawn to the same breadth and depth of functionality in AWS, but are willing to trade some of the service granularity to start at a higher abstraction layer, so they can build even faster,” Bill Vass, VP of Storage, Automation, and Management Services, AWS said in a statement. “We designed AWS Backup for this second type of builder who has told us that they want one place to go for backups versus having to do it across multiple, individual services. Today, we are proud to make AWS Backup available with support for block storage volumes, databases, and file systems, and over time, we plan to support additional AWS services."

The launch of the new AWS cloud backup service comes as enterprises are increasing their reliance on cloud backup. Gartner said that by next year, the number of enterprises using the cloud as a backup target will double, up from 10 percent at the beginning of 2017. By 2021, half of organizations will augment or replace their current backup application with another solution, that same research finds.

While moving to the cloud can make some enterprises feel like they are losing control since infrastructure is no longer in-house, it seems that AWS wants to reassure these customers that they are in the drivers’ seat when it comes to backup – even if automation is part of the package.

“You get lots of control so that you can define your daily/weekly/monthly backup strategy, the ability to rest assured that your critical data is being backed up in accord with your requirements, and the ability to restore that data on an as-needed data,” AWS said.

AWS Backup can be used to back up EBS volumes, EFS file systems, RDS & Aurora databases, DynamoDB tables, and Storage Gateway volumes to Amazon S3. For older backups or those that don’t need to be accessed as often, rules can be set to tier these resources to Amazon Glacier. Storage Gateway support means that admins can include existing, on-premises data in the backups as well.

Backups get grouped into vaults which are individually encrypted by a KMS key, AWS said.