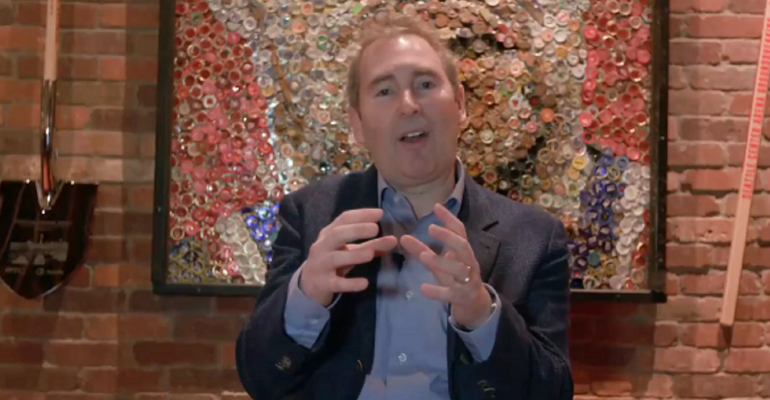 AWS CEO: Resisting Move to the Cloud Is Like Fighting Gravity

With COVID-19 forcing more people to work from home than ever before, AWS CEO Andy Jassy argues that it's time to finally stop fighting gravity and move to the cloud.

At the AWS Summit virtual conference on May 13, Amazon Web Services' executive leadership took a somewhat different approach than past events. Typically, AWS announces new services during its conferences, but that wasn't the case this time. Instead, the AWS Summit was more of an opportunity for AWS to detail what's working in the cloud today as the COVID-19 pandemic changes the way the world works.

"For many of our customers running in AWS, the past couple of months have led to unprecedented scale, as well as optimization demands," AWS CTO Werner Vogels said during his keynote address. "There are more people than ever working from home or limited to doing indoor activities. This means utilizing digital technologies and consuming more internet services than ever before."

The reason why so many services, including many of the world's most heavily utilized streaming platforms, have been able to handle demand is due to the foundational architecture that the AWS cloud enables, according to Vogels.

"I believe that if nothing else, these past few months have truly ushered in a new era in technology, where we are seeing a fundamental shift in how everyone is feeling, not only about technology itself, but how to access that technology, as well as how we build the technology," he said.

Challenges on the Path to Cloud Transformation: Fighting Gravity

During a fireside chat session, AWS CEO Andy Jassy (pictured) provided insight into some of the areas where organizations sometimes slip up on the path to cloud transformation. In his view, there are still companies that are "fighting gravity" and continuing to try to run infrastructure entirely on their own.

"They argue that they can still do the infrastructure less expensively than it can be done in the cloud or that they have enough services to allow their organizations to move as quickly as people can in the cloud," Jassy said.

Based on thousands of comparisons conducted by AWS, Jassy argued that it's extremely unlikely that any company can provide the same efficiencies of scale and cost as what AWS and the public cloud provide. Sometimes people are resistant because they are proud of the infrastructure they built on their own, he said. And sometimes CIOs have the notion that if something isn't broken, there is no need to fix or move the infrastructure.

Jassy said he's had a number of CIOs tell him that they know they need to do a technology refresh and they realize that the cloud could allow them to move more quickly — but they still don't move, instead arguing that the move to the cloud will be the next CIO's problem, not theirs.

"At the end of the day, you could not want something to happen all you want, but you can't fight gravity," he said. "If there's something that's really good for customers and for businesses, it is going to move that way whether you want to or not, and so I think the cloud is very much like that."

Another group that is slow to adopt the cloud is what Jassy identifies as toe dippers. Even though they know they need to move to the cloud, they aren't able or willing to fully commit.

"A lot of times, they … dip their toe in the water just a little bit, sometimes just to appease the people that are pushing them," Jassy said. "The problem with that is that while all your competitors have really gone all the way in and are moving much more quickly and much more cost-effectively, you're still kind of in this experimental phase where you haven't transformed your company."

For Jassy, the key to business success, both in the COVID-19 era and beyond, is the speed with which an organization can react, respond and innovate.