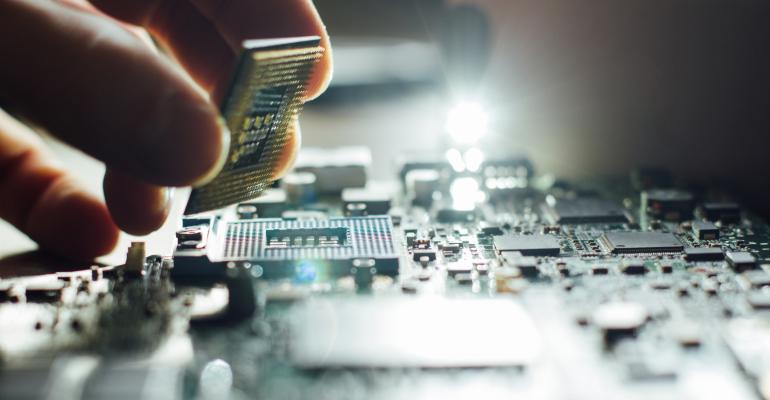 AMD Climbs After Saying Amazon Will Use Its Cloud Server Chips

AMD said Amazon Web Services is a new customer for its server chips • AMD shares gained as much as 8.8 percent on the announcement, Bloomberg News reported • AWS is now offering three of its most popular products based on AMD’s Epyc server chips • The AMD chips allow for a 10 percent saving in computing costs, an AWS VP of computing said

Ian King (Bloomberg) -- Advanced Micro Devices Inc., Intel Corp.’s largest competitor in the market for computer processors, said Amazon.com Inc.’s cloud-computing unit is a new partner for its server chips. AMD shares gained as much as 8.8 percent on the announcement.

Amazon, the largest provider of cloud computing services, is now offering three of its most popular products based on AMD’s Epyc server chips, Matt Garman, vice president of computing at Amazon Web Services, said Tuesday at an AMD presentation in San Francisco. The AMD chips allow for a 10 percent saving in computing costs, Garman said.

Separately, AMD said it has sent samples of a new chip design to customers. Those chips are being made by Taiwan Semiconductor Manufacturing Co. with a technique called 7-nanometer production. That technology is equivalent to Intel’s announced 10-nanometer process, but will be in the market first, according to AMD’s Chief Technology Officer Mark Papermaster. Intel has announced issues with that 10-nanometer transition and said it won’t have server chips in the market until late next year.

“We have worked incredibly hard to bring AMD back to high performance,” Papermaster said.

Server buyers such as Alphabet Inc.’s Google and AWS, who operate giant data centers that are the backbone of the internet, make up the largest group of purchasers of data-center equipment. They’re spending heavily on new gear to meet the exploding demand for cloud computer services.

AMD has been locked out of that lucrative market for more than a decade after its products either came too late or didn’t deliver their promised performance. Under Chief Executive Officer Lisa Su, the company said it’s fielding designs that are now capable of competing with those from Intel. AMD’s server business was restarted 15 months ago.