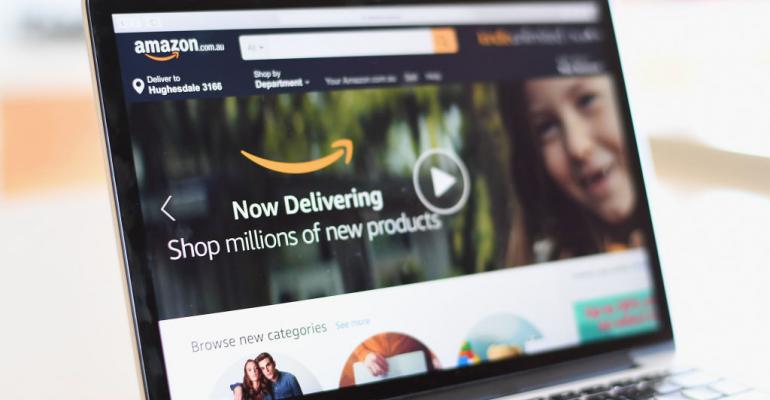 (Bloomberg) -- Amazon.com Inc. reported better-than-expected earnings in the second quarter and forecast more of the same in the current period, igniting investor optimism about cloud computing, advertising and other businesses that are more profitable than its main online retail operation.

The world’s largest e-commerce company said third-quarter operating income will surge to as much as $2.4 billion, compared with the average analyst estimate of $1.28 billion, according to data compiled by Bloomberg. Second-quarter profit came in at a record $2.53 billion, or $5.07 per share, more than double analysts’ forecasts. The shares rose 4.1 percent in extended trading.

While revenue missed Wall Street expectations, the earnings show Amazon is managing to keep a lid on expenses while investing heavily in new devices and businesses like selling groceries and prescription drugs. Chief Financial Officer Brian Olsavsky said 2017 investments in warehouse and data-center efficiency are lifting profit this year. The company also slowed hiring and is filling positions on growing teams through internal transfers, he said.

RJ Hottovy, an equity analyst at Morningstar Inc., said Amazon profit also got a boost from more sales by independent merchants on its site, where the company gets commissions without the cost of buying inventory.

"We’re seeing a lot more third-party transactions, which is why the revenue missed but the profits are so good," he said. "The big number is operating income in the second quarter coming in so far ahead."

Amazon projected third-quarter sales of $54 billion to $57.5 billion, while analysts were looking for $58 billion. Second-quarter revenue was $52.9 billion, slightly missing analysts’ expectations, too.

Amazon’s stock has more than tripled in the past three years, making Chief Executive Officer Jeff Bezos the richest person on the planet. It’s the world’s second-most valuable public company now behind Apple Inc., making it one of the front-runners in the race to reach $1 trillion in market value.

Amazon’s momentum has been strong enough to sustain Twitter broadsides from U.S. President Donald Trump, who has accused Amazon of freeloading off the U.S. Postal Service and using the Washington Post as a lobbying tool against antitrust criticism. Bezos owns the Washington Post, which frequently publishes hard-hitting investigative pieces about Trump and his administration.

Revenue from Amazon Web Services, its profitable cloud-computing division, jumped 49 percent to $6.1 billion. Growth, which Amazon reports without the impact of currency changes, was 48 percent in the first quarter.

Sales from other businesses -- mostly advertising -- surged 129 percent to $2.2 billion, just below the growth rate from the first quarter.

Amazon will capture nearly half of all online spending in the U.S. this year, according to EMarketer Inc. Bezos is trying to convince investors that he can replicate that U.S. dominance overseas. But that takes a lot of spending upfront. Second-quarter operating expenses rose 34 percent to $49.9 billion. That was just below Amazon’s revenue growth rate.