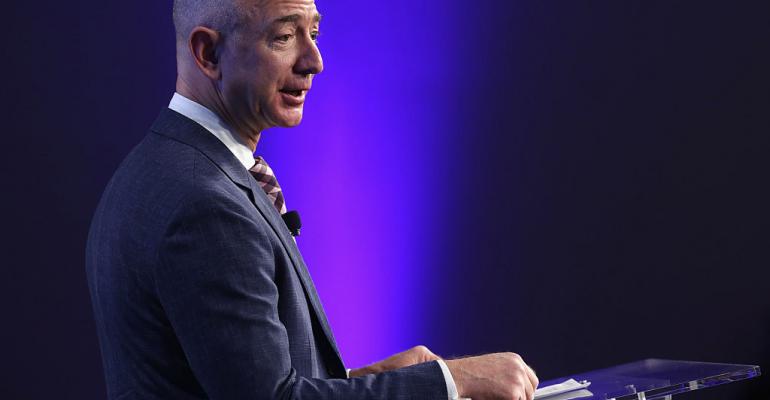 Amazon Agrees to Sell Some Cloud Assets to Chinese Partner

Beijing Sinnet Technology Co. will buy servers and other unspecified “operational assets” in the country’s capital from Amazon Web Services for as much as 2 billion yuan ($302 million).

(Bloomberg) -- Amazon.com Inc. agreed to sell some of its Chinese cloud assets to its local partner but said it’s committed to a domestic market for internet-based computing that could be worth $30 billion.

Beijing Sinnet Technology Co. will buy servers and other unspecified “operational assets” in the country’s capital from Amazon Web Services for as much as 2 billion yuan ($302 million), it said in a filing to the Shenzhen stock exchange. The sale is intended to comply with government regulations and improve service, it said.

Amazon’s business in China has been hollowed out by the rise of local rival Alibaba Group Holding Ltd., which has come to dominate e-commerce and is expanding in cloud computing with new data centers. Amazon, the global leader in internet computing, is vying for a slice of domestic spending on cloud services and gear that IDC estimates will reach $30 billion by 2021. But the U.S. company has to deal with lawsintroduced this year that mandate the storage of data within the country and bolster government control over the movement of information.

On Tuesday, the e-commerce giant rejected media reports tying its asset sale to an imminent departure from the Chinese market. It said instead it was selling hardware to comply with laws that forbid ownership or operation of certain types of cloud technology.

“AWS did not sell its business in China and remains fully committed,” the company said in an emailed statement. “We’re excited about the significant business we have in China and its growth potential over the next number of years.”

Amazon controlled more than 40 percent of the global market for public cloud services in 2016, well ahead of Microsoft Corp. and Alibaba, Gartner estimates. But like its peers, the company has had trouble making headway in China, which is dominated by local tech giants Alibaba and Tencent Holdings Ltd. Foreign firms there have long complained about local restrictions that appeared to favor domestic players.

“Amazon is definitely not giving up on China, in fact they’re going to be even bigger here” because of plans to build another data center, she said.

Cloud Outage Fallout: Should You Brace for Future Disruption?
Jun 17, 2021