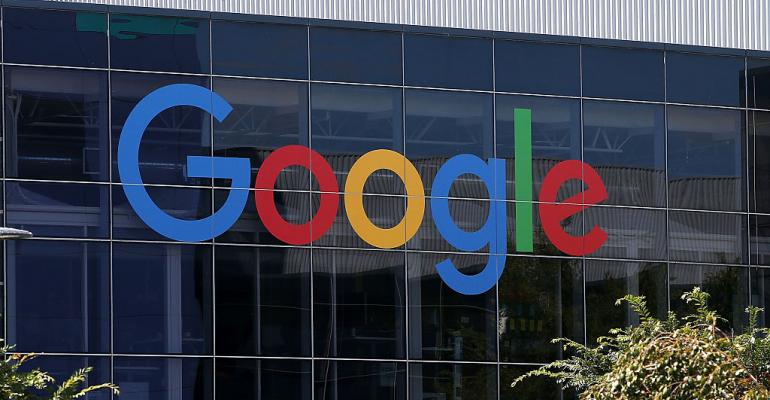 (Bloomberg) -- Google parent Alphabet Inc. is paying more to partners that distribute its search engine, while charging less for each ad that it runs -- a combination that’s putting a damper on revenue growth.

Third-quarter sales, minus partner fees, were $27.2 billion, the internet giant said Thursday in a statement. Analysts on average were expecting $27.3 billion, according to data compiled by Bloomberg. Sales from Google’s own properties, including YouTube and search pages, rose 22 percent, slower than the 26 percent growth in the prior quarter. The company’s shares slid in extended trading.

Google is paying more money to partners including Apple Inc. to distribute its search engine as widely as possible. Then it’s up to Google to generate as much money as possible when people search and click on relevant ads. One key tool is Google’s ability to use data to better target ads, which increases the chance people will click and do something valuable afterward, like make a purchase. Scrutiny of Google’s data-collection practices, and a regulatory crackdown in Europe, may be making that more difficult.

"It’s a light top-line number," said Ron Josey, an analyst at JMP Securities. "This is the first quarter in a while where growth decelerated." Paid clicks jumped more than 60 percent, "but prices fell a lot," he said.

The sums Google pays partners to distribute its search engine and ads -- called Traffic Acquisition Costs -- rose to $6.58 billion for the quarter. That was 23 percent of ad revenue, unchanged from the second quarter. Chief Financial Officer Ruth Porat said TAC for Google’s own sites, like search, will continue to rise as more people use mobile devices and the company has to pay partners to reach them.

Google also reported a 28 percent decline in cost per click, which measures how much advertisers pay when people click on a Google ad.

Alphabet shares dropped about 5 percent in late trading after the report. Earlier, the stock jumped 4.4 percent to $1,103.59 in New York.

Though sales were less than analysts estimated, they were up 22 percent from a year earlier. Alphabet’s net income came in at $13.06 a share, ahead of analysts’ estimate of $10.45. While third-quarter sales and profit jumped, so did costs. Capital expenditures totaled $5.28 billion in the quarter, up 49 percent from a year earlier. The company is spending billions of dollars a year to build data centers and servers, while developing and marketing new consumer hardware like its Pixel phones.

On top of higher partner fees, rising costs and a lower average cost-per-click, the company is also facing a regulatory backlash in Europe, questions about its data-collection and privacy practices, and clashes with advertisers over inappropriate content on its YouTube video-sharing site. U.S. President Donald Trump has accused Google’s search engine of being politically biased, while there are calls for more antitrust scrutiny and a privacy law in the U.S. to control how internet companies collect data on consumers.

On July 18, Google was fined a record $5 billion by Europe’s antitrust authorities for violating competition law with its Android mobile operating system. The company’s shares are down about 10 percent since then, although that’s coincided with declines in other tech stocks and the broader equity market.

To comply with the antitrust decision, the company will start charging Android phone makers in the region for a group of mobile apps that includes its Play app store. Manufacturers will pay as much as $40 per device, the Verge reported last week. That upends a decade-long strategy of providing Android and Google apps free and using the operating system to distribute its profitable search engine and Chrome browser. Europe ordered Google to stop forcing phone makers to pre-install search and Chrome, so the company now needs another way to generate revenue from Android in the region.

Google also plans to pay handset makers in Europe to continue to pre-install Search and Chrome. This could add to the traffic acquisition costs that investors and analysts watch so closely.

Google has been working on a search engine that would be censored to comply with Chinese laws. When news of the plan emerged in August, it prompted criticism from inside and outside the company. Google employees have resigned over the issue, and others have said the move would contradict the company’s founding principal of “don’t be evil.” However, China’s internet market is so huge that Google can’t just ignore it, and some Googlers view the company’s 2010 decision to pull out of the country as a costly miscalculation.

Other Bets, the home of Alphabet’s riskier, experimental businesses, lost $727 million in the quarter, wider than the $650 million loss in the same period a year earlier. Revenue in that division rose to $146 million.

Alphabet’s most-promising Other Bet is the Waymo autonomous vehicle unit, which is preparing to launch a paid service in the Phoenix area later this year. That will be a major step for business that’s mostly been an expensive R&D project for a decade. Morgan Stanley recently estimated an enterprise value of as much as $175 billion for the division.