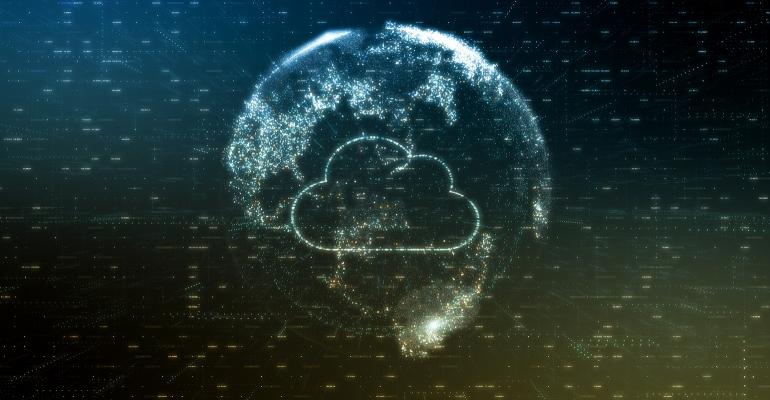 China-based Alibaba Cloud grew at a 62% year-over-year pace in its fourth-quarter fiscal 2019, making it a more serious challenger to global public cloud rivals.

While it is three American companies that continue to dominate the public cloud market globally, China-based Alibaba is quickly gaining ground.

Alibaba Group Holdings reported its fourth-quarter fiscal 2019 financial results on Feb. 13, showing strong growth for the company's Alibaba Cloud division. While based in China with a large presence in Asia, Alibaba Cloud is a global cloud operator with 20 data center regions around the world, including the United States and Europe.

For the fourth quarter, Alibaba reported cloud computing revenue of $1.54 billion, for a 62% year-over-year gain. According to Alibaba, growth is coming from both its public cloud and hybrid cloud businesses.

The broader Alibaba Group also includes a large e-commerce platform that is now also running on Alibaba Cloud, after a transition that was completed during the fourth quarter. The e-commerce transition helped to enable the busiest shopping day of the year in China, which is known as 11.11 and generates more revenue for retailers than Black Friday in the U.S.

"During 11.11, our public cloud infrastructure and technology helped us to power the creation of over 544,000 orders per second at peak, process 970 petabytes of data without any disruption and defend against six billion cyberattacks, all within a 24-hour period," Daniel Zhang, executive chairman and CEO at Alibaba, said during his company's earnings call.

Zhang calls the success of Alibaba Cloud on 11.11 a major milestone for the cloud, and he expects that it will lead to accelerated growth.

"Not only will we ourselves enjoy greater operating efficiency, but we believe it will also encourage others to adopt our public cloud infrastructure," he said.

Alibaba's cloud revenue growth for the quarter is enough to place it in fourth place globally in the cloud market, behind market leader Amazon, Google and Microsoft.

Alibaba is looking to differentiate its cloud in a number of ways, beyond just being a leader in Asia. On Jan. 21, the company announced that it achieved the Trusted Partner Network (TPN) certification, which is an effort to help entertainment companies prevent leaks of TV shows and movies before they are publicly released. In December 2019, Alibaba announced revised service-level agreements (SLAs) of 99.995% availability for its Elastic Compute Service cloud offering.

China is the epicenter of the novel coronavirus outbreak that has had a large impact on both people and business. Zhang referred to the coronavirus as a "black swan" event that is impacting all companies in China.

"The outbreak is having significant impact on China's economy and may potentially affect the global economy," Zhang said. "It will present near-term challenges to the development of Alibaba's business across the board, but at the same time, we will see opportunities created by the forces of change."