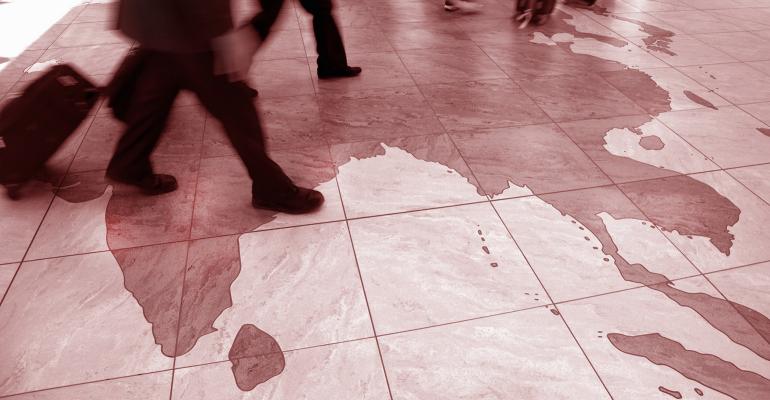 Rather than going with a public cloud provider, a division of the government of India went with Apache CloudStack to bring services to millions of citizens.

The open source Apache CloudStack infrastructure-as-a-service (IaaS) platform is helping to solve a critical need in India, getting the country's 1.38 billion people access to government services.

A key challenge in bringing digital services to India's population is the country's geography and population density, with citizens living in large urban centers and in remote villages. At the CloudStack Collaboration Conference 2021, Abhishek Ranjan, chief technology officer with CSC e-Governance Services India, outlined how the open source cloud platform is helping to bring government services to even the most remote areas of India.

One thing CSC, an agency run by the Ministry of Electronics and Information Technology as part of the government of India, is doing to help accomplish this is deploying digital kiosks and government services offices around the country to give citizens access to a variety of services. Through this effort, citizens can access government health, financial, insurance and telecom services.

CSC did consider going with a public cloud provider such as AWS or Microsoft Azure, but ultimately decided that the best path was to build its own cloud, Ranjan said.

"We do a lot of applications which require a high level of governance and statutory compliance requirements," he said.

Because of the need for very precise controls and the jurisdiction requirements in India, the best option for CSC was to build and operate its own cloud, as the public cloud operators just didn't have options to meet Ranjan's requirements.

The CSC team looked at different options and found the open source Apache CloudStack project. CloudStack has been an open source project at the Apache Software Foundation since 2012. The cloud technology was originally created by a startup, Cloud.com, which Citrix acquired in 2010. 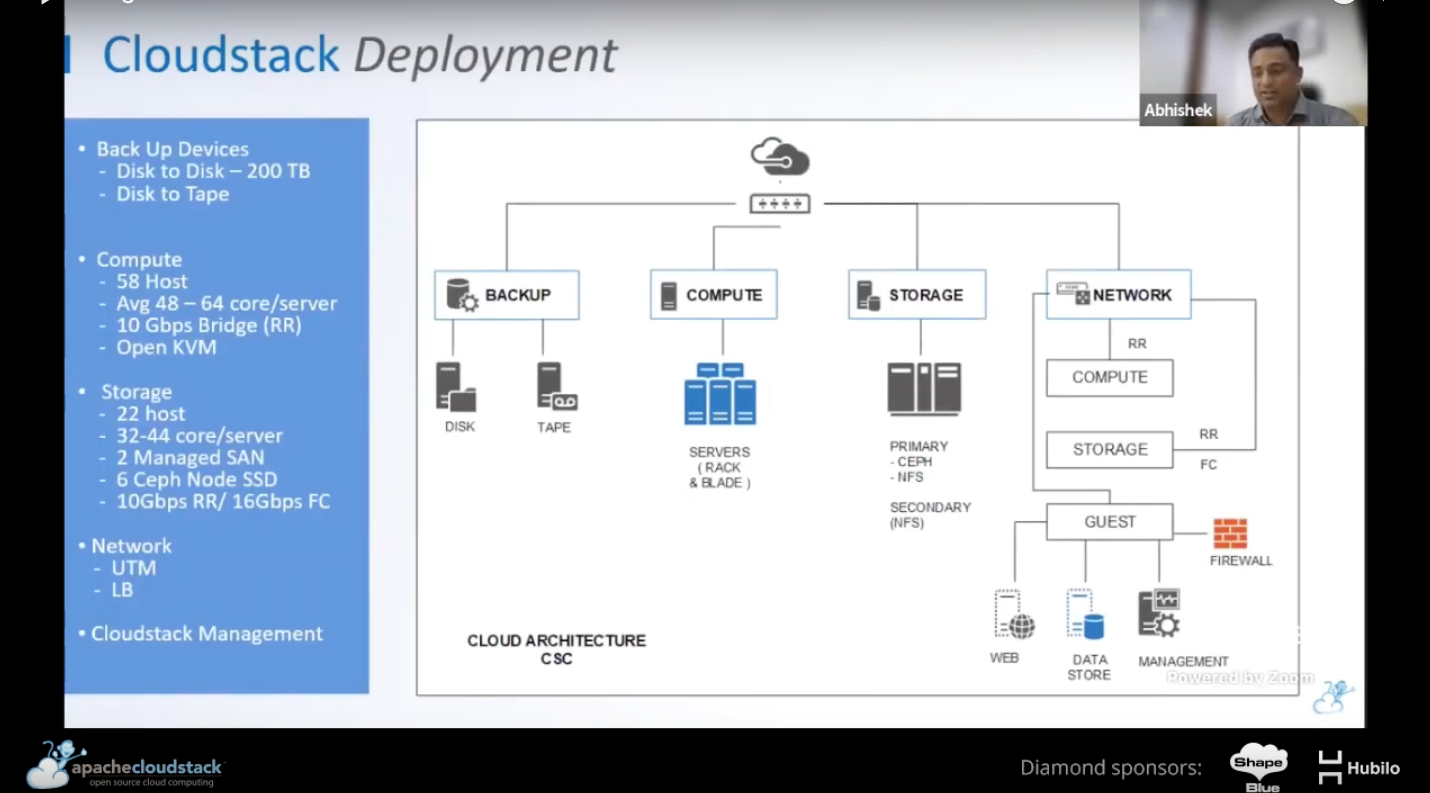 CSC began by experimenting with CloudStack on a single server to first understand how to deploy it, according to Ranjan. He noted that the ease of use and simplicity of the system gave him and his team the confidence needed for a wider deployment. That first deployment was in 2016, and over the last five years Ranjan's confidence in CloudStack has only continued to grow.

"Over the last five years I would say that it has been a very seamless journey for us," he said.

How CSC Deploys and Maintains CloudStack

Ranjan attributed CSC's success with CloudStack to the quality of official documentation, which makes the platform easy to understand and use.

CSC also benefited from working with Shape Blue, which is a CloudStack consulting and support provider. Ranjan's internal team that helps build and operate the CSC CloudStack platform only comprises five people.

While infrastructure and its ability to perform are important, Ranjan emphasized that it is equally important to have applications that run well on the infrastructure. To that end, CSC also makes use of open source technologies including PHP, node.js and Java for development and the MySQL and Redis databases.

"Above all, the simplicity of CloudStack really helps us," Ranjan said. "We run it with the very minimum number of people so that we can actually focus on our core business operations, rather than just worrying about the infrastructure."