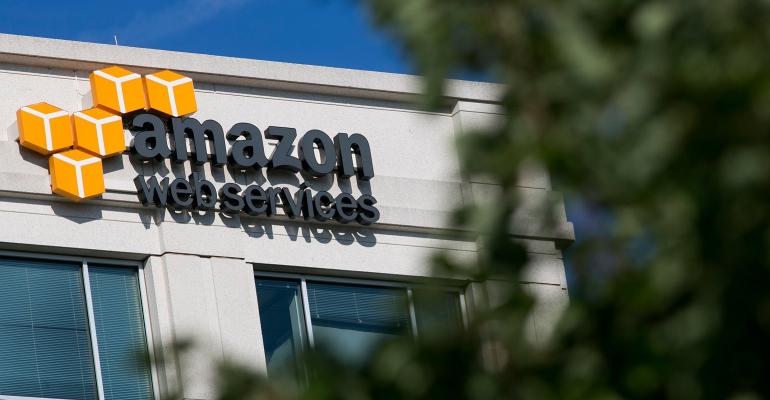 4 Reasons Why AWS Could Lose Its Dominant Cloud Market Share

AWS may be riding high in the public cloud arena, but that doesn't mean it couldn't lose its market edge. Here are the greatest threats to the No. 1 cloud provider.

If you know much about the cloud computing market, you know that Amazon Web Services, or AWS, is its leading player. Although AWS doesn't control quite as much cloud market share as it once did, it's still well ahead of its closest competitors — namely, Microsoft Azure and Google Cloud Platform.

The $482 billion question, of course, is if and when that will change — will AWS cease to be the predominant public cloud provider in the foreseeable future, and if so, why?

I won't pretend to know when AWS might stop holding majority cloud market share. But I will tell you that, if that happens, it will probably be due at least in part to the following factors, which arguably represent the greatest threats to AWS' market share at present.

Compared with other public cloud providers, AWS' hybrid cloud offerings are less flexible, and they are likely to raise greater concerns among buyers about vendor lock-in.

AWS' main hybrid cloud platform, Outposts, requires hardware purchased from AWS, and it only supports AWS cloud services. Other AWS hybrid solutions, such as EKS Anywhere, are more flexible from a hardware perspective, but they still tie users to AWS services.

In contrast, solutions like Azure Arc and Google Anthos are hardware-agnostic, and they give users a broader set of cloud services to choose from.

If AWS loses cloud market share over the next several years, I suspect it will be due in no small part to the fact that consumers see it as not offering the most competitive hybrid cloud solutions in a world where demand for hybrid cloud is soaring.

In this sense, there is an argument to be made that AWS is more likely to come into the crosshairs of regulators who view it as a monopolistic threat. Microsoft and Google might be accused of abusing privacy rights like Amazon, but they can't be charged with trying to build mega-conglomerates that allow them to dominate multiple unrelated industries. They're just tech companies, after all.

Now, whether complaints like these against Amazon would actually be fair and founded is beside the point. The mere risk of increased regulatory ire directed at AWS could harm the company's long-term market share prospects by sowing fear, uncertainty, and doubt and scaring buyers away.

Beyond AWS, Azure, and Google Cloud, there's a whole universe of so-called alternative cloud providers out there. They'd all love to eat into AWS' market share — and they might if businesses increasingly look for public clouds that specialize in certain services or cater to specialized use cases that the "Big Three" clouds don't support well.

Growth in the alternative cloud market would harm Azure and Google Cloud, too, of course. But it would fall heaviest on AWS, since it is seen as the biggest of the Big Three cloud providers, and the one that buyers are most likely to be trying to avoid if they want to opt out of the conventional public cloud computing market.

So, if the alternative cloud market grows, don't be surprised if it comes at AWS' expense more than at anyone else's. And that could eventually translate to minority market share for AWS.

Probably the biggest threat to AWS' long-term market share is the risk that it ceases to introduce major new innovations in the cloud computing market.

Much of AWS' present success is attributable to the fact that it helped pioneer all manner of mainstream cloud computing services — from VM instances, to serverless functions, to databases as a service and beyond.

More recently, however, AWS arguably hasn't made as many major leaps forward as its rivals — at least not majorly successful ones. Consider, for example, how the world of cloud-based container platforms has played out in recent years. Google, the company that birthed Kubernetes, used Kubernetes to build Anthos and a whole new portfolio of distributed cloud services. Microsoft was an early collaborator with Docker, giving it a leg up in the container market and making services like AKS, Azure's managed container offering, more obvious choices than they probably otherwise would have been.

AWS, meanwhile, focused originally on building ECS, a container orchestration tool that is still supported but is not really a huge success story. AWS later pivoted toward Kubernetes, but by that point it was not ahead of the curve when it came to containerization.

The narrative surrounding hybrid cloud plays is similar, I think. As I've noted, AWS has created a hybrid cloud solution portfolio that seems to have a narrower focus than that of its rivals.

It's possible that AWS is a lead innovator in other niches that I'm overlooking, of course. But when you step back and look at major new cloud product or service developments in recent years, you will have a hard time seeing AWS as being the pioneer it once was. It's not exactly falling behind, but it's not far ahead of the pack, either.

If AWS eventually loses its dominant cloud market share, this slower pace of innovation will almost certainly be the main reason why.

It's entirely possible, of course, that AWS will remain the most popular public cloud for decades to come — in the same way that, for example, Microsoft has managed to dominate the PC operating system market for generations.

But it's also possible that Amazon will lose its market edge, due to risks like increased regulatory attention, a slower pace of innovation, and loss of cloud market share to alternative cloud providers.