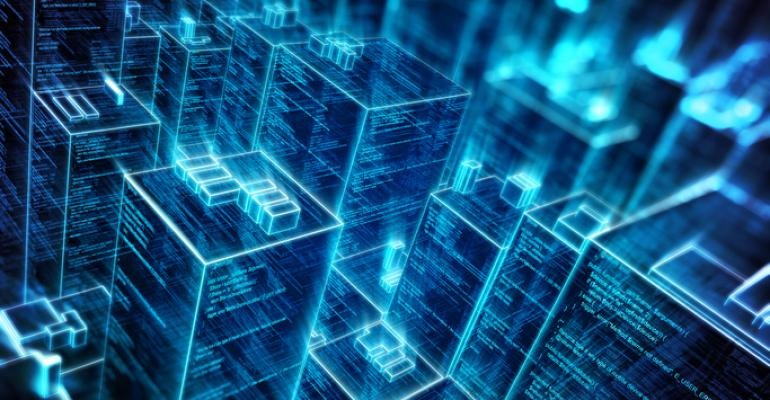 This software-defined storage system seeks to solve the problem of keeping data for use at the edge while getting it home for use in the data center.

It wasn't surprising, a couple of weeks back, that many of the vendors at VMworld were hawking products focused on IT's latest frontier, the edge, which offers its own set of unique issues for IT departments.

The software-defined storage company, StorMagic, was there to talk about SvSAN, its virtual storage software that's designed to make data collected from edge devices available for processing at the edge as well as back home in the on-prem data center.

The 10-year-old startup came to market seven years ago with its virtual storage area network software just as the edge market was starting to heat up. The company has since seen rapid growth, and now counts more than 1,000 customers that run the gamut from large enterprises to small and midsize businesses (SMBs). About two years ago, the company cut deals with Lenovo and Cisco, which now offer its software on their edge-bound servers.

"We turn the internal storage of two servers into shared storage," John Glendenning, StorMagic's SVP of sales and business development, told ITPro Today at VMworld. "We use iSCSI to share on the network, and we mirror that between two servers."

In a typical setup the two servers are split between the remote location, where the data is being collected, and at the on-prem data center.

With the advent of the cloud and mobile technology, an increasing number of companies are collecting data at remote locations from everything from machines on factory floors to point-of-sale systems at retail branches to apps used by customers on their mobile devices. Much of the data collected at these locations needs to be immediately available at the point of collection, but also needs to be available for real-time processing back at the organization's central data center.

"They have to run at the edge because they have to process that data in real time," Glendenning explained. "They may be processing that data because they are maintaining process control systems; they're monitoring temperature, heat, and resistance, and they have triggers that protect the system; or to make decisions about optimizing or securing the system that happens on site."

The problem is that the edge-located compute needs to not only have a small footprint, it needs to work reliably, affordably, and without much human input.

"You have all these tools at the data center," he said, "but how do I take those data center class services and make them available at the edge with a small enough footprint and at a price that's not going to break my budget? Because after I put it at that one site, I might deploy some 2,000, and that can get quite expensive."

StorMagic's solution is priced according to the capacity of the two-server cluster, with 2, 6, 12, and unlimited terabyte capacities available. The system also offers users the flexibility to run "any combination of storage you like" utilizing hard drives, SSD, and cached memory.

"The key thing to understand is that it's very lightweight," he said. "The appliance that runs on a VM uses very little resources as a server, leaving as much resources as possible for the actual compute workloads you're running. It has enough to expose the shared storage and protect it through mirroring."

According to Glendenning, the company's secret sauce in the crowded software-defined storage market is its concentration on the edge.

"What distinguishes us is that we're really the only company in this space that is focused on the edge," he said. "We know what we're not targeting. We're not going to JPMorgan Chase and saying 'use our product to go build your scale-out data center. We're going to the banks and saying, 'for your branches, if you still have services running there, you need data center class services and a solution that is right sized for a branch." We're going to the retailers, manufacturing, or healthcare and saying the same. It's about a simple light weight cost effective solution for the edge. And nobody else is solely focused on that."

For scaling, users can deploy the company's "witness" service, which not only prevents against data loss or corruption between the mirrored edge and data center clusters, but which can scale to 1,000 clusters. It also makes administration of the software at the on-prem data center easier, as it will mirror all edge locations onto one central virtual machine.

"If you have a thousand sites, what you don't want is a thousand VMs in your data center managing them," he said.