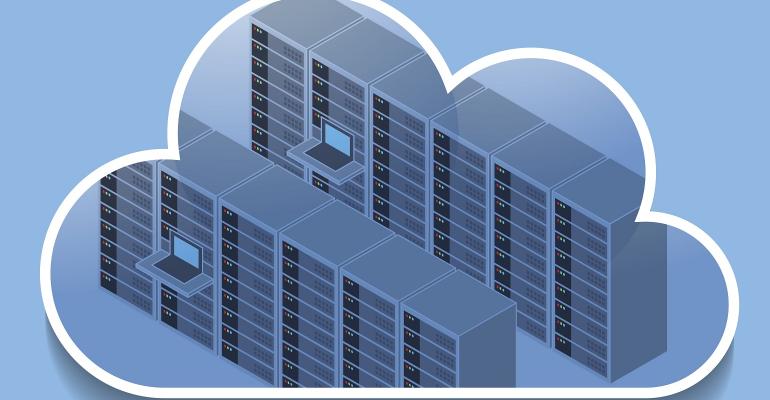 Nutanix AOS Version 6 features native support for virtual networking on its AHV hypervisor and enhanced disaster recovery features that were previously available only in specialized solutions. The company is also working on security and data service improvements to Nutanix Cloud Platform.

At its .NEXT Conference today, Nutanix executives announced new software features that make it simpler and faster to deploy and manage hybrid, multicloud environments.

Nutanix has released AOS Version 6, the company’s core HCI software, which features native support for virtual networking on its AHV hypervisor and enhanced disaster recovery features that were previously available only in specialized solutions.

“Traditionally, Nutanix has been strong in storage. A few years ago, with the addition of AHV – our own hypervisor – we extended our capabilities to compute as well. What has been missing so far is networking,” said Nutanix Chief Technology Officer Rajiv Mirani in an interview with the media on Monday.

With native support for virtual networking, on-premises customers can create networks using automation and APIs, but it also allows them to create virtual networks that span the private and public cloud. “The same virtual network can exist in multiple different locations,” he said.

Nutanix’s HCI software allows enterprises to manage their compute, storage, virtualization and networking through a single pane of glass. Today, the company ranks second behind VMware in the HCI software market, according to IDC.

With the market shifting to hybrid and multicloud computing, Nutanix has been beefing up its Cloud Platform to better compete among hybrid cloud management platforms, including rival products from VMware and Red Hat.

Nutanix has long given customer choice, such as allowing enterprises to use any hypervisor, including VMware – and Nutanix continues to do so, he said. But the latest software improvements show the company has continued to enhance the integration of software that it acquired from purchasing companies over the past few years, including automation features in Nutanix’s Calm application management tool, he said.

With the latest update, Nutanix’s software is more unified than ever, which makes the entire solution much easier to use, Nashawaty said.

“What it means is it gives a more robust HCI solution and a simpler way to deploy it,” Nashawaty told Data Center Knowledge. “It’s providing customers with the ability to choose what they want to deploy when they want to deploy it, but Nutanix makes it easy for them to do it. Nutanix is not as complex as maybe some other solutions.”

“Short of doing a test, [customers] don’t know if their secondary sites are actually replicating correctly. So with this observability capability, they can get real-time insights into how well their replication capabilities are working,” Mirani said.

As for improving security on Nutanix Cloud Platform, a few years ago the company introduced microsegmentation, which is the ability to “ring fence” applications from one another, which prevents an app infected by malware from infecting other apps, he said.

A new forthcoming feature, which is part of Nutanix’s Flow Security Central software-as-a-service offering, will analyze an enterprise’s network traffic and automatically recommend security policies that will make it simpler to ring-fence the infrastructure, he said.

Nutanix has also partnered with Qualys, a provider of vulnerability management detection and response services. Qualys can scan workloads running on Nutanix and give customers insights on potential vulnerabilities, Mirani said.

As for new data services on Nutanix Cloud Platform, the company has updated Nutanix Era, a database service that enables customers to provision and manage databases across multiple clouds. The new version allows customers to scale database storage with one click.

“Customers can scale databases on the fly without any downtime. [What] used to take weeks and months can be done in minutes,” Mirani said.

A new forthcoming cloud service called Nutanix Data Lens allows enterprises to manage and secure their unstructured data. It provides insights on data both on-premises and in the cloud, such as access patterns, types of data and age of data, the company said. To protect against ransomware, it also detects and blocks suspicious files and alerts staff of unusual activity.

Finally, Nutanix is also enhancing database performance. When enterprises move existing databases to the Nutanix Cloud Platform, the company has made it simple without requiring complex reconfigurations. Customers can increase performance of their databases by as much as two times and speed data processing of data analytics workloads by as much as three times, Mirani said.

“We’ve made the product more enterprise-friendly,” he said.

The virtual networking and disaster recovery features on AOS Version 6 and the new features in Nutanix Era are available now. The security improvements and other data services improvements including Nutanix Data Lens in Nutanix Cloud Platform are in development, the company said.