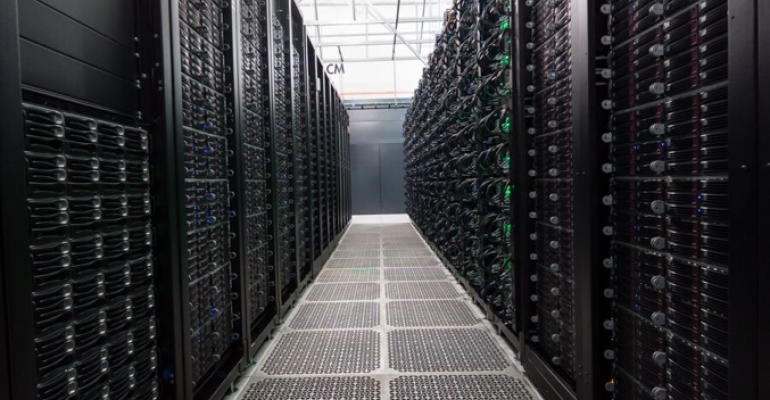 There’s a new pricing trend among hyperconverged infrastructure vendors: a consumption-based model, with on-premises hardware and an ideal bridge to the cloud.

The cloud concept has a number of appealing characteristics -- flexibility, near unlimited scale, etc. -- but arguably the most attractive feature is the ability to pay for what you use, and not have to make a big upfront purchase. The public cloud embodies these features, but it’s not the model most companies favor. Instead, the hybrid cloud is the accepted model for cloud deployments. The only problem is that that means buying infrastructure for the on-site portion of the cloud and forgoing many of the advantages that brought companies to the cloud in the first place. Lately, we’ve seen a number of vendors offering another model, one that provides consumption-based pricing for hyperconverged infrastructure (HCI) systems on premises.

Infrastructure companies now have a new kind of hybrid solution, one that combines the simplicity of the public cloud pricing model with the security and control of on-site infrastructure. These products feature a monthly payment based on capacity used, with minimums and term commitments. All a customer has to do is provide a little space in their data center.

Why bother? It's really about less bother. This arrangement makes the on-prem HCI cluster more “cloud like.” More accurately, it provides some of the advantages that clouds do, namely:

It all adds up to the same as-a-service model used by public cloud providers. But that model is applied to infrastructure in a business’ data center, to the same infrastructure a business might otherwise choose to buy, like hyperconverged infrastructure. This can eliminate some of the issues companies have with public clouds around data residency, control, etc. And since all HCI vendors have established public connectivity for their products, the hardware can also function as the on-premises portion of a hybrid cloud.

Consumption-based pricing for use of hyperconverged infrastructure creates an ideal bridge to the cloud. It lets you use the gear you’re familiar with, in your own data center, but instead of paying for it as a capital expense, you pay for it as you would cloud services. These workloads could be moved to the public cloud when (and if) that makes the most sense.

Here are some examples of HCI products with consumption-based pricing.

In this arrangement, NetApp comes on-site and installs a cluster of NetApp HCI nodes (the minimum is four storage nodes and two compute nodes) and charges by the month. The initial cluster requires a 12-month commitment, after which the contract switches to month-to-month. The customer manages the infrastructure and adds nodes when needed. Expanding the cluster generates another 12-month commitment for the additional nodes.

In this scenario, the HPE PointNext services team designs the infrastructure to support the expected workloads, configuring the number and size of HPE SimpliVity 380 HCI modules as needed, and then deploys the solution on the customer site. The cost is based on a Flex Capacity metric that incorporates all the components, creating a usage-based, monthly price. HPE PointNext can manage the cluster as well, if desired, including expansion and updates.

Dell EMC announced consumption-based pricing for VMware Cloud Foundation (VCF) on VxRail at Dell Technologies World in May, saying it would be available in the second half of 2019. This is a “co-engineered” solution that’s built with the VMware Software Defined Data Center (SDDC) software stack: vSphere, vSAN and NSX software-defined networking running on VxRail and Dell EMC networking. VCF on VxRail is deployed by Dell Technologies with ongoing service managed by VMware.

Consumption-based pricing for hyperconverged infrastructure clusters offers companies another type of hybrid cloud, one that’s paid for like a public cloud but sits in the corporate data center. In this way IT shops can avoid some of the downsides of the public cloud without the commitment or capital outlay of traditional infrastructure.