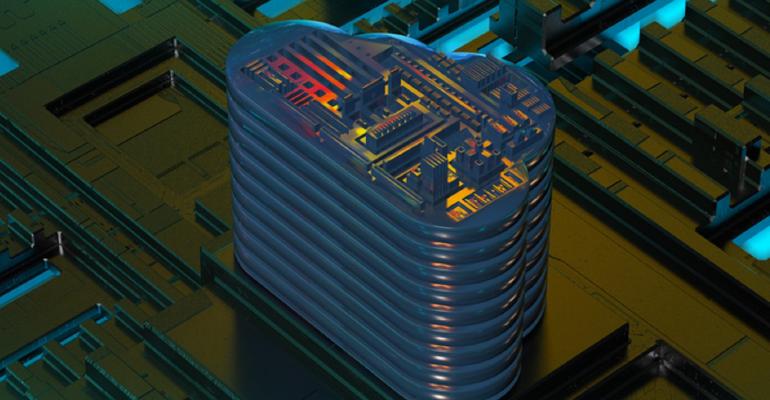 We define the most important hybrid cloud features for hyperconverged infrastructure and ID some vendors that provide those features.

HCI customers want products that are integrated with the cloud, but “cloud integration” means different things depending on which vendor you talk with. For some it means public cloud-based backup or disaster recovery. For others it means developing and/or hosting applications in the public cloud – and migrating these between the on-prem data center and the cloud. For still others it’s a cloud-based analytics platform that’s used to provide insight from large data sets or resource optimization of an HCI. For most vendors the cloud means some combination of these.

Cloud features have become check boxes on many HCI vendor data sheets. As we’ve said in this blog before, IT needs to think “outside of the check box.” This means understanding what cloud connectivity and functionality they really need and then identifying which HCI products truly support those. To that end, Evaluator Group has added what we consider the five most important hybrid cloud features to our HCI comparison matrix . These are described below with some examples of HCI products that offer them. Note: The products listed are examples and may not be the only ones that include one of the five features.

Off-site storage of backed-up data used to be tapes removed from a library and shipped to a vault such as Iron Mountain’s. This gave way to backups being replicated to a secondary data center or remote location. Now, public clouds, service providers and backup software companies provide backup as a service, with capacity-based pricing and software that connects these data repositories to the cloud. Some of the HCI solutions that have cloud-based backup include Lenovo, Pivot3, Datrium and Scale Computing.

DR involves getting critical applications’ data copied to a remote location and providing a way to restart those applications when the primary infrastructure (or the data center itself) goes offline. For most companies this process is significantly simpler than it was before server virtualization became the norm. Using the native replication that most HCIs have, VMs can be transferred and maintained in a cloud compute location and applications restarted in the event of a failure in the primary data center. Then, they can be resynchronized when the failed systems have been brought back online. DR can be set up with and managed by a company independently, sold as a service (DRaaS) by HCI vendors, by the public clouds or service providers or as part of an on-site data protection solution. Many HCI vendors – Dell EMC, Lenovo and Pivot3 – offer a cloud-based DR solution. Those offering a DRaaS solution include Datrium, IBM, Scale Computing and VMware.

Support for Cloud Native and Containers

Part of the hybrid cloud vision is to develop applications in the cloud and run them there or to develop them on-site and transfer them to the cloud for deployment. This process is typically done on containers, most often Kubernetes, using a modular, portable microservices architecture that supports distributed development. Many HCIs – including those from Nutanix, NetApp, Cisco, Microsoft and IBM – provide native container support. VMware announced that vSphere will have native support for Kubernetes in the first quarter of next year. Most of these solutions also include management and control software for container platforms on-premises and in the cloud, including the ability to move compute jobs between the cloud and on-premises clusters.

Orchestration is a term that usually refers to deployment and operations throughout the life cycle of an application or compute instance. This includes self-service features for IT administrators and even end users to allocate resources, deploy VMs or containers and manage the infrastructure as needed, whether on-premises and in the cloud. HCI vendors with cloud orchestration functions include Dell EMC, HPE SimpliVity, Microsoft and Lenovo.

For years IT vendors have been capturing data from the installed base and using advanced data analysis to predict failures and increase product reliability. Now, vendors are taking that telemetry data and sending it to a cloud repository, then using artificial intelligence algorithms to create deeper operational insights that can be shared with customers. In this way, users can take advantage of the collective learnings that come from potentially thousands of systems to optimize resource utilization, minimize operating costs and even predict expansion requirements. Some HCI vendors with cloud-based analytics solutions include HPE SimpliVity, Cisco, Nutanix, Lenovo and NetApp.