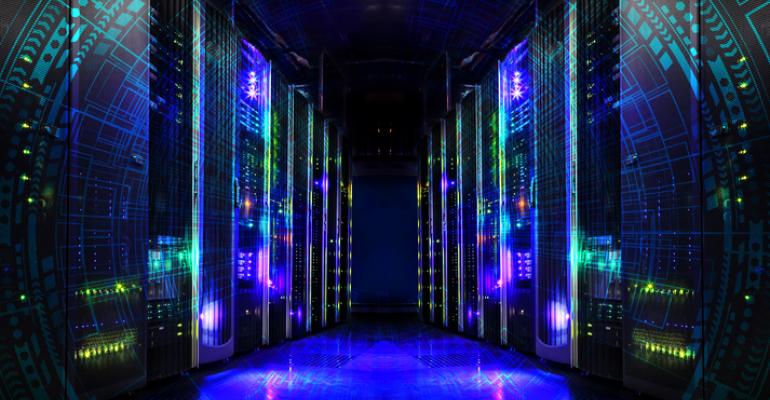 We’ve all heard about the hyperscalers, those big public cloud and social media companies that essentially reinvented storage infrastructure. Traditional enterprise storage systems were way too expensive and not efficient enough, so they developed their own scale-out architectures using industry-standard server hardware and “commodity” storage devices that could support their crazy capacity needs, affordably.

These systems abstracted just about everything – compute, storage, networking – in order to allow software control of the infrastructure. This let them scale where and when they needed to, without disruption, and provided the "fail in place” resiliency to support a sprawling environment, one that didn’t require the care and feeding that a SAN does. All this was way too exciting for enterprise IT to ignore. The only problem was that hyperscale designs weren’t commercially available, and enterprises weren't in a position to design their own like the hyperscalers did. But they still wanted it. They had “hyperscale envy.”

Hyperconverged infrastructures have a scale-out architecture, they use industry-standard servers and storage, and they are run on a software-defined storage platform. HCIs are built around a hypervisor and run this virtualization layer on every node. They're designed more for ease of deployment and simplicity than maximum resource efficiency at scale. Environments that need bare-metal performance more than operational simplicity need a different solution.

While they don't have the same architecture as the systems hyperscalers developed, composable infrastructure may be the closest thing commercially available for those suffering from hyperscale envy. These systems dynamically configure physical resources, using APIs to map storage and networking components to servers as needed to create bare-metal compute instances. Many compose GPUs and FPGAs as well. There is no storage virtualization software and no hypervisor needed, although a hypervisor or container engine can be run on composable infrastructure servers. All resources – servers, storage, networking, GPUs and FPGAs – are physically connected to a switch fabric and with specific elements virtually connected as needed under software control.

At the heart of the composable infrastructure system is its composing software, a program that can run on a separate server or module or on a switch. This software manages the stored templates or images that describe a group of resources used for a specific server configuration: storage devices, NICs, GPUs, etc. When deployed, the composing software maps these resources to a server, with boot information, and brings that server instance up. When more resources are needed, most composable infrastructures can add them on the fly.

Composable infrastructure systems currently come in two basic architectures. One is a blade server chassis with dedicated compute, storage and networking modules that are internally connected. Multiple chassis can be combined to create a scale-out infrastructure that's managed from a single point. Two examples of this modular architecture are HPE Synergy and Dell EMC MX7000.

The other architecture has servers, storage, networking, GPUs and FPGAs housed in industry-standard racks that are connected to a switch fabric. These systems scale by adding resource chassis and servers. Examples of this architecture are those from Liqid, DriveScale and Intel (Rack Scale Design).

Composable infrastructure brings some specific advantages to companies looking for an integrated system architecture, many of the characteristics that made hyperscale architectures so appealing to enterprise IT.

The composable infrastructure also carries some potential disadvantages, depending on the environment.

In a lot of ways, composable infrastructures borrow from both hyperconverged and converged. They disaggregate resources and combine them at the physical layer to create compute systems, like converged infrastructure. They're also software-defined and can be hardware-agnostic, like HCI. While they're not the same as what the hyperscale companies developed, composable infrastructure may be the best alternative for enterprises with hyperscale envy, those looking for an agile, software-based architecture that's very efficient at scale.