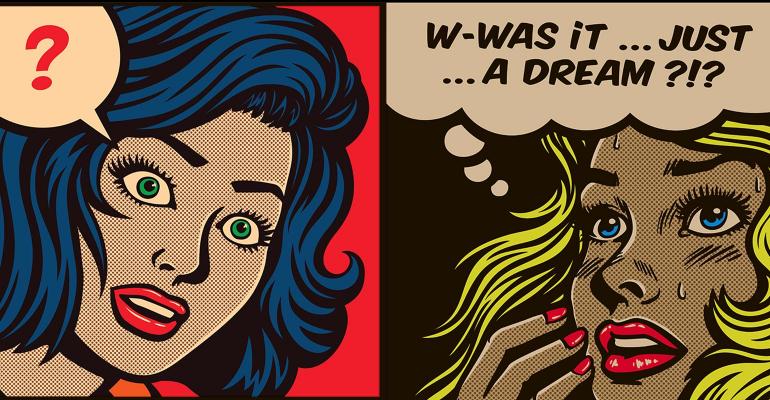 5 Questions to Help You Cut Through Blockchain Hype

Blockchain hype may have arguably peaked, but it is still tangible. Here are five questions to help you separate blockchain fact from fiction.

From banking to logistics to IoT security to voting to the HTC Exodus smartphone, blockchain has been proposed as a solution for just about everything.

But just because a startup or company can use blockchain for a given application, doesn’t necessarily mean they should. “True technologists start off with the ‘should’ question because they understand that you don’t necessarily need to apply the latest shiny new object to an existing problem,” said Zulfikar Ramzan, chief technology officer of RSA.

While venture capitalists have invested more than $1 billion in blockchain technologies so far this year, a growing number of voices from The Financial Times to the World Economic Forum (WEF) are working to deflate blockchain hype. “It has started to seem that the most intractable of the world’s problems have merely been waiting for blockchain to arrive,” as WEF’s Blockchain Beyond the Hype: A Practical Framework for Business Leaders notes. “This is not only misleading and untrue but also becomes a barrier to decision-makers in taking a balanced perspective on the technology.”

Peter Tran, vice president and head of global cyber defense and security strategy at Worldpay sees the blockchain application debate firsthand in the field. He says the application of blockchain is no different than any other innovation at the cusp of a potential breakthrough. “This is akin to the historical debate that personal computing would never take off and the mainframe was here to stay,” Tran said. Although he stresses that no single technology or approach is a panacea, he says, at its core, blockchain supports the hyper-converged IoT cloud and mobile-based infrastructure gaining ground at present. “Client/server and on-premise data centers are becoming more disruptive as aging IT environments adopt artificial intelligence and machine learning.”

In any case, a recent Gartner survey indicates that blockchain hype has yet to take root among the majority of chief information officers. Just 1 percent of the 3,138 CIOs surveyed reported investing or deploying a project using the technology. A total of 8 percent stated they were in the short-term planning or active experimentation phase.

To help enterprises conclude if blockchain is right for a given application, here’s a list of five questions Ramzan recommends for sizing up the technology.

1. Do you Need to Maintain Information That Is Going to Get Updated Over Time?

“Do you need to store any kind of state in the system?” Ramzan asks. If you need to store static data in blockchain, a traditional database would be a better alternative. The same goes for records that might occasionally require deleting of data or records involving private information that may be problematic for legislation such as GDPR or HIPAA.

As blockchain was initially developed for cryptocurrency applications, its focus is on transactions; it was designed to provide a permanent inalterable record of data that changes over time. “The value of blockchain, or, more accurately, distributed ledger technology, is to provide immutability of [a record],” said Danny Allan, vice president of product strategy at Veeam. “If you’re improving the integrity of a workflow, for example, you can leverage blockchain to to specify with immutability and verifiability the audit chain of what happened.”

2. Do You Have Multiple Peers Contributing to the System?

Are there multiple parties who need to share data and initiate transactions? If so, blockchain may be a good fit. “But again, if the answer is no, you don’t need a blockchain because you can do the same thing using a database,” Ramzan said.

3. Are You Trying to Eliminate Trusted Third-Parties?

For an average person, trust has a fuzzy albeit wholly positive connotation. But for many security professionals and especially cryptographers, trust has a negative meaning. Consider, for instance, “Zero Trust Architecture,” which does away with the idea of a trusted centralized network in an enterprise setting. From a security point of view, an ideal nirvana state would be for an enterprise system to be able to function without trusting any individuals.

A central selling point behind blockchain is its promise to eliminate the need for having trusted intermediaries when making transactions.

With a distributed ledger, you place your trust in the mathematical system and a sizable number of network participants rather than a centralized third-party. Bitcoin itself emerged during one of the worst financial crises in recent memory, when skepticism toward banking institutions was cresting. But in many real-world applications, there continues to be implicit trust in employees or institutions such as banks or in safety or certification companies.

“So for example, if you are trying to use blockchain for supply chain management, which is one of the most popular use cases, at some point, you have somebody involved in putting data into the blockchain,” Ramzan said. “They’re looking at physical items, and they’re helping to facilitate this process. That means you have to trust that person to engage in correct behavior.” As the Financial Times surmised: “For votes, tuna, shipping containers or mango supply chains, a blockchain registry would only be as good or as trustworthy as the people contributing to it.”

That fact negates blockchain’s premise to eliminate trusted intermediaries. “As soon as you have to rely on trust in some way, shape or form, you can get away with simpler approaches,” Ramzan said.

4. Are You Working with a Digital Asset?

At its fundamental level, blockchain and, by extension Bitcoin and other cryptocurrencies, is a series of digital ones and zeroes. Because blockchains can’t handle physical assets, Ramzan says it doesn’t make much sense to use them for physical assets. The World Economic Forum has inserted the same question into its flowchart designed to help enterprise companies evaluate blockchain.

This argument runs counter to the assumption, from prominent consultants and tech firms, that one of the best use cases for blockchain is in the supply chain, where IoT devices create a digital representation of tangible goods. For instance, a dairy could use connected sensors to monitor the temperature of milk as it collected and then ultimately sent to a grocery store. Along the way, it could pass from a vat to a tanker truck, which takes it to a lab for testing. From there, it could go to a processing facility for pasteurization and later homogenization, and finally to a packaging facility and then to a delivery truck. The people and machines involved across this supply chain could in theory use a network of IoT enabled sensors that can enter milk temperature data into a blockchain with the intent of providing traceability of the milk as it travels from the farm to a retail location. As established earlier, for a system like this to work requires an assumption of trust that all of the technologies and third-parties involved in the system will input without mistakes.

5. Do You Need to Validate Transactions Quickly?

Because they are decentralized, blockchain transactions tend to require significant processing time. While researchers at MIT and elsewhere are working to develop high-speed blockchain platforms, performance continues to be a consideration for enterprises requiring millisecond transactions times. “If I buy a book online, I don’t want to wait four days to have the transaction validated. I would not use Bitcoin to buy a book even though the Bitcoin gives me some privacy guarantees,” Ramzan said. “There are many situations in the real world, where we are willing to give up a privacy to get some benefit, for example, a faster transaction time or a discount or something along those lines.”

While there is value in asking hard questions when evaluating any new technology, Tran stresses it is difficult to make firm technological pronouncements an early state of adoption. In the absence of timeworn use cases, it is easy to either fall in love with a technology’s potential, write it off or even struggle to clearly define what it is, he says. An example of that can be seen with the boom–bust interest in AI in past decades. As Australian roboticist Rodney Brooks lamented 16 years ago: “There’s this stupid myth out there that AI has failed, but AI is around you every second of the day.”