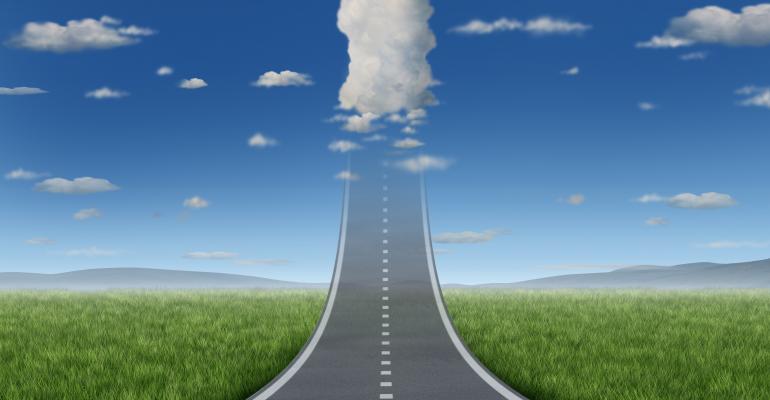 VMware is almost synonymous with virtualization. It might come as a surprise, then, that the company is now directing much of its energy toward Kubernetes, a platform for running containers--which are, in some respects, the antithesis of conventional virtualization. Kubernetes is also open source, while VMware historically has been a very closed-source company.

Is VMware's Kubernetes platform, called Tanzu, merely an attempt by the virtualization company to jump on the containerization bandwagon? Or does it bring true innovation to the world of containers? Let's explore by taking a look at what Tanzu does and how it compares to other popular Kubernetes platforms.

Tanzu, which was announced at VMWorld last August and became available in beta mode last November, is a suite of tools for deploying and managing Kubernetes.

The flagship product within the suite that VMware has released to date, Tanzu Mission Control, is designed to provide a central management interface for working with multiple Kubernetes clusters at once, even if they are hosted in disparate locations. For example, you could have one cluster in a public cloud and another deployed on-premises, and manage both through Tanzu Mission Control.

In this way, VMware seems to be aiming to solve a major limitation in Kubernetes itself, which is that Kubernetes' native functionality isn't really designed to allow interaction between different clusters. If you want to run multiple workloads, Kubernetes expects you to assign a different namespace to each one but keep them all within the same cluster. By centralizing the management of multiple clusters, Tanzu makes life easier for folks who just want to have more than one cluster.

Why Does VMware Kubernetes Matter?

On its own, that sort of solution is not exactly revolutionary. Other Kubernetes-based platforms, like Rancher and Google Anthos, also cater to multi-cluster situations (and were doing so before Tanzu arrived on the scene).

But Tanzu is more than just a management platform for multi-cluster Kubernetes. What makes it really interesting is that it's one part of a broader plan by VMware to transition its core virtualization platform, vSphere, to a Kubernetes-based management model through an initiative called Project Pacific. Project Pacific uses Kubernetes to orchestrate the deployment and management of both VMware virtual machines and containers through the same platform. In other words, it's an effort to replace VMware's conventional orchestration tooling for vSphere with Kubernetes.

Will VMware's Kubernetes Play Pay Off?

It's because of this big-picture goal that Tanzu seems to me to be more than just an attempt by VMware to "do" Kubernetes in order to catch up with the crowd. If VMware were merely building another run-of-the-mill Kubernetes distribution, I'd think the company was simply trying to avoid being left behind.

But when you put them together, the Tanzu suite and Project Pacific represent a real vision for bringing Kubernetes where it has only rarely gone before.

I say rarely because VMware is not the first company to think up the idea of orchestrating VMs with Kubernetes. Mirantis has been doing that with Virtlet for a while. So has KubeVirt.

However, the difference between those efforts to bridge the VM-Kubernetes divide and VMware's offering is that VMware is the king of virtualization. It's therefore in a much better position to make people actually use Kubernetes to run virtual machines than are companies that don't carry much weight in the world of conventional virtualization.

It's one thing for Mirantis, which is known for OpenStack and Kubernetes managed services, to tell enterprises that they can modernize their operations by orchestrating VMs with Kubernetes. It's quite another for VMware to do the same.

What about Pivotal Kubernetes?

In case it's not yet clear, Tanzu is much more than just a rebranded version of Pivotal PKS, a Kubernetes distribution that VMware acquired with the rest of Pivotal last August. Rather, Tanzu is almost an entirely new product (or set of products, technically).

That is bad news for folks who like PKS and want to continue using it; I wouldn't bet that it's going to remain actively supported for the indefinite future. But I doubt that the discontinuation of PKS will have a large impact on the Kubernetes ecosystem because the product had long since lost its status as a leading Kubernetes distribution by the time VMware took ownership of it.

Whether Tanzu and the rest of VMware's Kubernetes effort succeed in the long run hinges on just how much value companies find in merging their containerized workloads and virtual machines into one whole. (It might matter, too, how aggressively VMware pushes Project Pacific and to what extent the company requires Kubernetes for anyone who wants to use vSphere in the future.) But, if nothing else, it's at least clear right now that VMware is trying to do something truly innovative around Kubernetes. Once Tanzu matures, the platform is poised to be a real contender with other Kubernetes companies, like Red Hat (which owns OpenShift) and Rancher. It also just might bring multi-cluster, multi-cloud Kubernetes deployments mainstream, just as VMware did for virtual machines 20 years ago.

How to Choose the Right Kubernetes Distribution
Mar 04, 2020