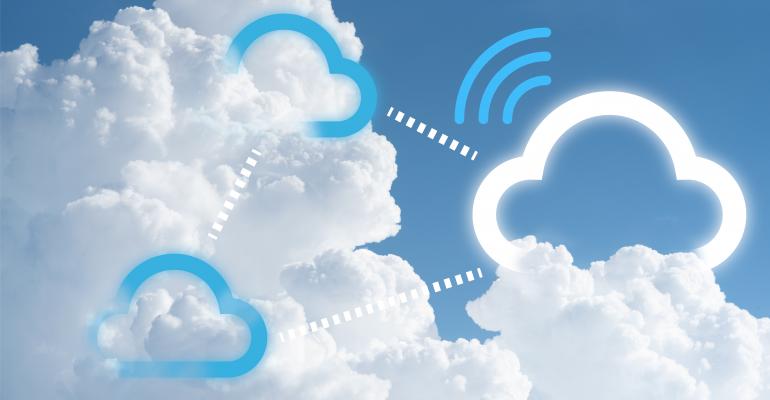 Who Does or Doesn’t Need EKS Anywhere?

What Is EKS Anywhere?

EKS Anywhere, which Amazon introduced at re:Invent 2020, is a new deployment option for AWS Elastic Kubernetes Service, or EKS. Previously, EKS was compatible only with infrastructure running in Amazon’s own cloud. EKS Anywhere allows users to run EKS on private infrastructure, as well.

When you use the EKS Anywhere option, you get all of the management and administrative tooling that comes with EKS. The major difference between standard EKS and EKS Anywhere is the infrastructure you use.

EKS Anywhere is not yet available. It will debut sometime in 2021, according to Amazon.

What Problem Does EKS Anywhere Solve?

This makes EKS Anywhere handy in situations where businesses already have a large on-premises infrastructure that they want to keep using, for instance, or where they believe their total cost of ownership will be lower if they host workloads on their own servers instead of in the public cloud. EKS Anywhere may also prove useful for businesses that need to keep workloads on-premises for compliance reasons.

EKS Anywhere is a novel type of offering for Amazon, which previously did not support Kubernetes deployments anywhere except within its own cloud. But it’s by no means the first Kubernetes distribution or management platform that can run both in the public cloud and on-premises.

In fact, vendors like Platform9 and Mirantis have offered Kubernetes management solutions that are compatible with all of the major public clouds, as well as private infrastructure. In addition, platforms like Google Anthos, which is basically Kubernetes with some other tooling tossed in, can run Kubernetes clusters on any mainstream public cloud or on premises. And most generic commercial Kubernetes distributions, like Rancher and OpenShift, will work with any type of infrastructure.

Against this backdrop, EKS Anywhere is actually relatively restrictive because (based on what Amazon has officially said so far, at least) it works only with AWS infrastructure or with on-premises infrastructure. It doesn’t support third-party public clouds, which solutions like Anthos do.

Thus, you could argue that the name “EKS Anywhere” is a bit misleading: The product doesn’t really work anywhere, at least for now. It works in two specific places: on premises or in AWS.

That said, if I were a betting man, I’d wager that Amazon has plans to make EKS Anywhere compatible with other public cloud infrastructure in the future. That would mean that you could, for example, use EKS Anywhere to set up and manage a Kubernetes distribution hosted in Azure or Google Cloud. This type of functionality would make EKS Anywhere a stronger competitor with the likes of Anthos, Rancher and Platform9.

Indeed, there have been some vague reports about anonymous AWS representatives promising EKS Anywhere supporting other public clouds. To date, however, Amazon has released no concrete details on this topic.

If you are already heavily invested in the Amazon cloud ecosystem, but you need the flexibility to deploy Kubernetes clusters on your own infrastructure, EKS Anywhere may be a good option for you.

EKS Anywhere is likely to be a harder sell for companies that are worried about becoming locked into the AWS ecosystem. Even if you run Kubernetes on your own hardware, EKS Anywhere binds you to Amazon’s management tooling. For lock-in-free Kubernetes, solutions such as those discussed above that fully support multiple clouds are a better choice.

Cost is a factor to consider, as well. Amazon has yet to reveal pricing details for EKS Anywhere, but it’s possible that the solution will turn out to be more cost-effective than other types of managed Kubernetes offerings.

If you believe EKS Anywhere may be right for your enterprise, you need not rush to set it up. Again, the solution hasn’t even been rolled out yet, and full pricing details are not available. Realistic timelines for EKS Anywhere deployments for most enterprises are probably going to be on the order of two to five years from now, given how new the service is.

That said, actually deploying EKS Anywhere, if you choose to do it, should be relatively fast and simple. As a fully managed Kubernetes service, EKS Anywhere requires little setup. You have to provision the physical infrastructure, but EKS Anywhere handles most of the work after that.

Which Skills Does EKS Anywhere Require?

If you’re familiar with standard EKS, you’ll face a minimal learning curve for EKS Anywhere. The tooling will be essentially the same for both services. And even if you don’t know the ins and outs of EKS, familiarity with the AWS cloud as a whole will speed your ability to adopt the EKS Anywhere platform.

If you have never used AWS before, learning EKS Anywhere will take some time or require that you hire some veteran AWS admins.