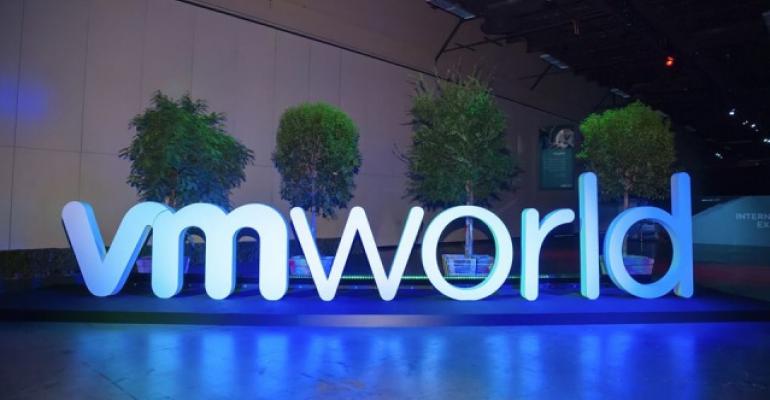 VMware has introduced a barrage of new software and cloud services designed to simplify and speed up their customers’ journey to multicloud environments.

As the company kicked off its virtual VMworld 2021 conference Tuesday, VMware announced new technology initiatives including Project Arctic, the next evolution of vSphere virtualization software. The company said it is integrating vSphere with cloud services, allowing IT administrators in a hybrid cloud environment to quickly add cloud capacity and other services on-demand through a single interface.

VMware also unveiled plans for VMware Cloud on AWS Outposts, a service that provides enterprises with on-premises AWS hardware that will allow them to use VMware Cloud on AWS services inside their own data centers without having to manage it themselves. In addition, the company announced VMware Edge, a portfolio of edge products that will help organizations run, manage and secure applications in edge or remote locations.

VMware also bolstered its Kubernetes strategy by announcing plans to make managed Tanzu Kubernetes services available on VMWare Cloud on AWS. In addition, the company will release free versions of VMware Tanzu software and services – Tanzu Community Edition and Tanzu Mission Control – which will enable developers to get started with deploying and managing containerized apps.

All the announcements from VMworld 2021 are part of what VMware calls its “Cross-Cloud services,” a set of integrated services that enable organizations to build, run and secure apps across the multicloud, which the company defines as a combination of public cloud, private cloud and edge deployments.

“Multicloud is all about embracing a single platform and a single set of Cross-Cloud services that can add value across a heterogeneous infrastructure stack, and this is a phenomenal opportunity for VMware,” said Matthew Morgan, vice president of marketing for VMware’s cloud business infrastructure group, in a briefing with the media last week.

The company has had two transitions and is entering its third, he said. In the early 2000s, VMware dominated the virtualization space. Then in the 2010s, it focused on being a private cloud leader. Now, VMware’s strategy is to capitalize on its large installed base and succeed in the multicloud and applications space, Nashawaty said.

"This is their third reinvention,” Nashawaty told Data Center Knowledge. “VMware is putting together this effort to really take them into the future.”

However, it’s a “coopetition” with the cloud vendors. While they compete, both sides benefit from partnerships – as evidenced by VMware’s partnership with AWS on the VMware Cloud, said Ashish Nadkarni, group vice president of IDC’s Infrastructure Systems, Platforms and Technologies Group.

Overall, VMware has a strong, viable story to tell in the multicloud space, he said.

“VMware wants to talk about its complete stack for building hybrid cloud, and how you can deploy it on the edge, your own data center and the public cloud,” Nadkarni told DCK. “They want to talk about how they simplify it and the automation and cloud-native aspects of it. They are in an enviable position because it includes [partnerships] with OEM vendors, but also public cloud providers.”

VMware announced that four VMware Cloud technology initiatives are in the works to bolster the company’s Cross-Cloud services.

The first, Project Arctic, will enable IT administrators to manage all the resources across multiple public clouds and private clouds from a single console, Nadkarni said.

For example, if an enterprise needs more virtual machines, or if it needs disaster recovery for a specific VM, IT staffers can add more VMs or add a DR service over the cloud with one click, said Gary Chen, IDC’s research director of software defined compute.

“It makes all these add-on cloud services instantly available,” Chen said to DCK in an interview. “You don’t have to go through a long sales cycle and negotiate a contract. This makes it more of an instantaneous one-click experience.”

The other three VMware Cloud technologies that were announced at VMworld 2021 and are currently in tech preview are:

VMware Cloud on AWS Outposts is a perfect solution for enterprises that want to run VMware on-premises, but through an as-a-service model in which they don’t have to own or manage the equipment, Chen said.

AWS initially introduced its own AWS Outposts service in 2018. Rather than buy servers and storage from hardware vendors, enterprises using that service can use AWS hardware to run AWS compute and storage services on-premises. It’s fully integrated with the AWS public cloud and is managed by AWS. VMware Cloud on AWS Outposts works the same way, except the service is on the VMware Cloud.

At the edge, the need for low latency and the ability to make quick decisions is important, so the performance increase in the hypervisor is a “tremendous breakthrough,” Uppal told the media last week.

Other VMware VMworld announcements include: