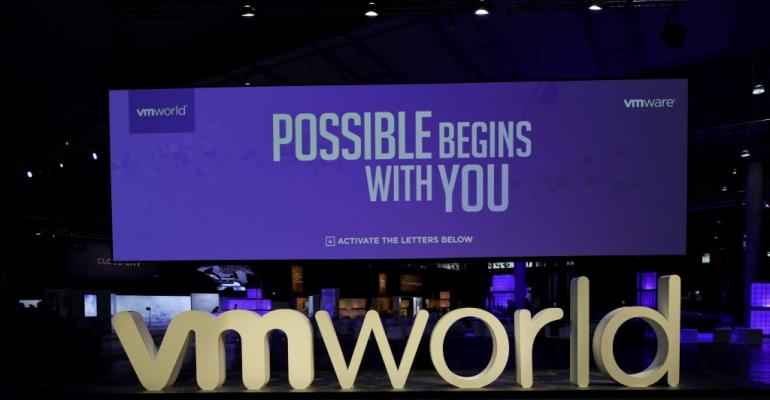 VMware on AWS is adding three new regions in Q4 2018, along with new features to support its most popular use cases.

At its VMworld Europe conference in Barcelona this week, VMware announced that it is bringing VMware Cloud on AWS to three new regions in North America and Europe in Q4 2018, in addition to launching new features aimed at supporting its key use cases, including cloud migration.

The expansion of the VMware on AWS cloud service – which will see new regions come online in northern California, Ohio, and Ireland by the end of the year – comes just two months after VMware announced it was available in Sydney to serve customers in Asia-Pacific.

The multi-region expansion of VMware on AWS is the first time that VMware has rolled out more than one region in a quarter. This fulfills a promise made by CEO Pat Gelsinger at VMworld 2018 in August that the company would be rolling out multiple regions on a quarterly basis. A list of upcoming and planned regions is available on its roadmap.

“We’ve been in the market a little over a year, and when we launched the product we said this is a cloud service, and just like a cloud service you’re going to see a lot of very quick innovation, [and] rapid delivery on it,” VMware director of product marketing Ivan Oprencak said.

On the virtual desktop side, VMware Horizon 7 for VMware Cloud on AWS now supports Horizon 7 Instant Clones, which reduce the time it takes to spin up virtual desktops (now an average of 1-2 seconds per desktop) and reduce storage consumed by up to 80 percent. VMware also announced the integration of Horizon 7 with the Horizon Cloud Service to provide unified visibility and helpdesk services for Horizon 7 deployments across VMware on AWS and on-premises infrastructure.

On the cloud migration side, VMware Cloud Motion with vSphere Replication is now available, allowing live migrations of thousands of virtual machines at a time, with zero downtime. Previously, VMware says that a live migration of this volume would incur data synchronization overhead, which could make the migration less reliable.

“Essentially what that allows us to do is help customers to move hundreds or thousands of workloads from their private cloud or on-premises into VMware cloud on AWS, and schedule when that move happens,” Oprencak said. “Customers get precise control of when the migration from on-premises to cloud happens.”

Integration between VMware NSX and AWS Direct Connect provides more secure cloud migrations and allows micro-segmentation capabilities for customers to create application-centric security policies that stick with workloads wherever they move within an SDDC environment.

“This is a capability that we announced for some customers at VMworld US and now we’re making it available to all of our customers,” Oprencak explained. “It allows them to micro-segment their environment, so applications get put into their specific segment, so they’re isolated from other applications.”

“Our VMware Cloud on AWS customers are able to uniquely migrate applications such as SAP, Oracle, and SQL Server between and across SDDCs and availability zones faster and more securely than ever before with the use of VMware HCX, VMware vMotion, and VMware NSX integration with AWS Direct Connect,” Sandy Carter, vice president, EC2 Windows Enterprise Workloads, AWS said. “AWS is thrilled to be part of this high-performance and secure cloud solution that takes advantage of a Virtual Cloud Network to accelerate cloud and workload migration, as well as application hybridity, with no additional HW cost.”

Another key use case for VMware on AWS is disaster recovery, and the improvements on that end include a way for customers to save money with VMware Site Recovery, its DRaaS offering for VMware Cloud on AWS. With the latest release, VMware Site Recovery will double in scale to 1,000 VMs per SDDC, which will help customers be more cost-effective when protecting large-scale environments, paying only for what they use.

“Because VMware is the service provider here it allows our engineers to be very close to the customer experience, experience what the customers are experiencing, hear directly from them and then turn around very quickly and deliver on the features and capabilities those customers are asking for,” Oprencak said.

VMware on AWS was launched in 2017, offering customers a consistent environment to run applications across VMware vSphere-based environments and AWS public cloud. Since then, it has expanded the service availability to US West (Oregon), AWS US East (N. Virginia), AWS Europe (London), AWS Europe (Frankfurt) and AWS Asia-Pacific (Sydney) regions.