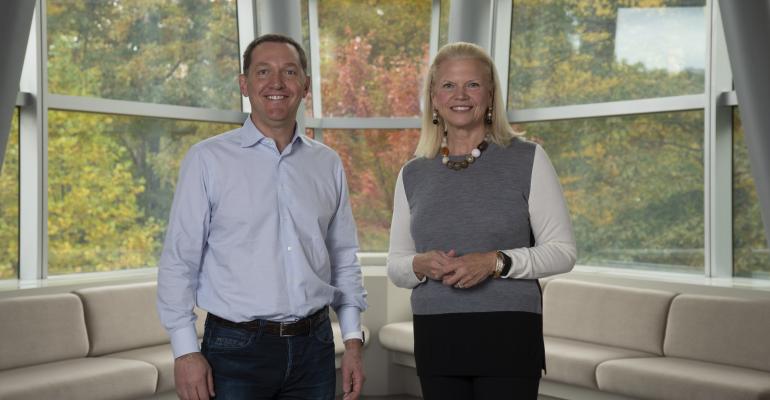 Managed services and software optimized for Red Hat OpenShift and Linux aimed at helping enterprises move to the cloud.

It's only been three weeks since IBM closed its $34 billion takeover of Red Hat, and that was as long as the company was willing to wait until it announced its first joint products with the new subsidiary. According to IBM, it has already "transformed its software portfolio to be cloud-native and optimized it to run on Red Hat OpenShift."

The new Cloud Paks are containerized software, specialized by workload and optimized to run on Red Hat's implementation of the open source container application platform OpenShift. They are meant to help enterprises move to the cloud.

IBM also announced Red Hat OpenShift on IBM Cloud as a fully managed service and Red Hat OpenShift on IBM Z and LinuxONE for its mainframe customers. In addition, it's offering consulting and technology services for Red Hat, utilizing what it says is "one of the world's largest teams of Red Hat-certified consultants and more than 80,000 cloud application services practitioners" to help its customers move to cloud environments and maintain their cloud infrastructures once the move is made.

"Red Hat is unlocking innovation with Linux-based technologies, including containers and Kubernetes, which have become the fundamental building blocks of hybrid cloud environments," Red Hat CEO Jim Whitehurst said in a statement. "This open hybrid cloud foundation is what enables the vision of any app, anywhere, anytime. Combined with IBM's strong industry expertise and supported by a vast ecosystem of passionate developers and partners, customers can create modern apps with the technologies of their choice and the flexibility to deploy in the best environment for the app -- whether that is on-premises or across multiple public clouds."

The first five Cloud Paks out of the gate are:

According to IBM, the Cloud Paks provide a common operating model and common set of services with a unified and intuitive dashboard.

"IBM is unleashing its software from the data center to fuel the enterprise workload race to the cloud," Arvind Krishna, IBM's senior VP of cloud and cognitive software, said in a statement. "This will further position IBM the industry leader in the more than one-trillion-dollar hybrid cloud opportunity. We are providing the essential tools enterprises need to make their multi-year journey to cloud on common, open standards that can reach across clouds, across applications and across vendors with Red Hat."

All in all, the company says the new software and services draw on more than 100 products from IBM's software portfolio that are optimized for Red Hat OpenShift and Red Hat Enterprise Linux.