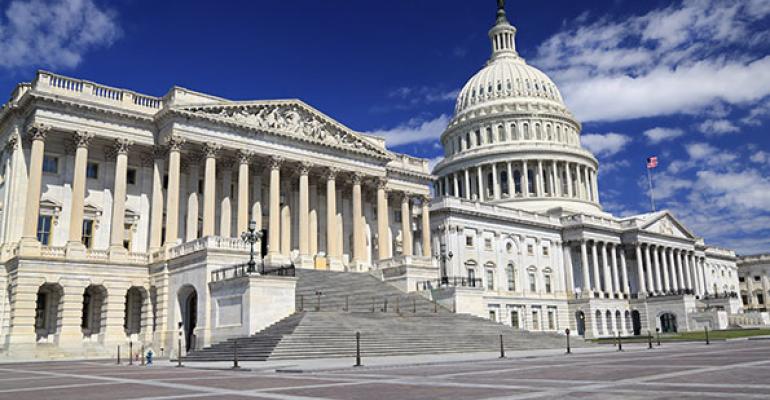 The draft of this year’s Pentagon policy bill introduced in the Senate Armed Services Committee would withhold 50% of the funding available to the Army until the Pentagon submits a report explaining the Army’s approach and the costs associated with producing the HoloLens at full scale.

(Bloomberg) -- A Senate committee’s proposed freezing half of the funding available to an Army program involving Microsoft Corp., pending greater transparency into the program’s cost and performance.

The program, known as the Integrated Visual Augmentation System, or IVAS, aims to develop a “heads-up display” for U.S. ground forces, similar to the displays fighter pilots use in the cockpit. The system would enable commanders to project information onto a visor in front of a soldier’s face, and would include other features such as night vision. In October 2018, the U.S. Army awarded Microsoft a $480 million contract to adapt its HoloLens augmented reality headset for the program.

The Army used a fast-track buying method known as “other transaction authority” to side-step much of the red tape typically involved in a deal of this size. It chose Microsoft after reviewing several proposals, including one from competitor Magic Leap Inc. The value of the deal was increased to $641 million this February

The Army’s current budget request includes $906 million for the IVAS program in fiscal 2021, and more than $1 billion in fiscal 2022. That funding, not all of which would go to Microsoft, would allow the military to purchase an additional 40,000 headsets and move beyond the testing phase, placing the devices with U.S. forces around the globe. Microsoft could reap significantly more money if the program continues to advance.

The draft of this year’s Pentagon policy bill introduced in the Senate Armed Services Committee would withhold 50% of the funding available to the Army until the Pentagon submits a report explaining the Army’s approach and the costs associated with producing the HoloLens at full scale. The report must also detail the feedback the Army has received from U.S. personnel about the functionality and reliability of the devices.

If the Senate’s version of the bill, known as the National Defense Authorization Act, passes, it would be a blow to Microsoft's attempts to cultivate a significant market for the headset, which it now sells to corporate, industrial and government customers. Now in its second generation, HoloLens costs $3,500 a pair, and can be rented for a monthly fee.

The IVAS version is customized for the U.S. military. Its decision to customize the device for military use has inspired protests from within the company’s ranks.