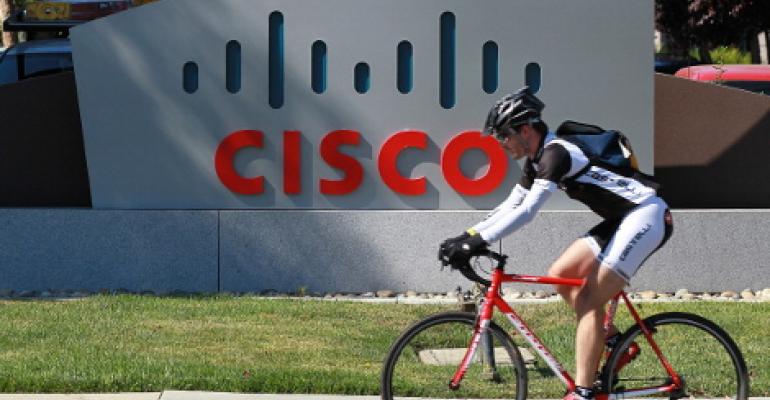 A bicyclist rides by a sign that is posted in front of the Cisco Systems headquarters in San Jose, California. (Photo by Justin Sullivan/Getty Images)
Cloud Computing>Hybrid Cloud

Tetration's two new "consumption models" seem to be another step away from hardware for Cisco.

Tetration has always shipped as an appliance, a hardware plus software solution that not only comes with a hefty price tag but requires a good deal of data center floor space. While those versions are still available, there's now Tetration-V, an all software "virtual appliance" that will run on the customer's own servers, and Tetration SaaS, residing off-prem on Cisco's cloud.

"When we announced Tetration, it was offered primarily for the larger enterprise segment," Yogesh Kaushik, senior director of Tetration product management, told Data Center Knowledge. "It was a 36 server solution, which would monitor tens of thousands of work loads, and it could also do it in real time. Over time we introduced smaller offerings for our commercial segments, a six server node, running on-premises that could do the exact same thing. And even though the solution was running on-premises, the customers could monitor and protect work loads that were running on public cloud, so work loads could be essentially anywhere."

Tetration is an analytical platform designed to address security and operational issues for multicloud data centers. It monitors the workloads running within a data center, whether they be running on bare metal, a virtual machine, or in a container, no matter whether they're running on-prem or in a public or private cloud environment. It looks for unpatched software with known security vulnerabilities, and watches processes that are taking place, noting files that are being opened, processes that are being spawned, privilege escalations, and the like.

"It's collecting about 150 different signals though an agent that we run on the work load," Kaushik explained, "much like most of the security players do. So that agent is collecting and sending all of this information to the platform."

When a problem arises, Tetration takes action according to policy set by the data center's operators. An application might be quarantined and sandboxed with restricted privileges, for example, or only red flagged.

Both of the new "consumption models" (Cisco's term, not mine) seem to play into the direction that Cisco seems to be going -- which is out of the hardware business. Neither will require Cisco to manufacture or service hardware.

The SaaS model will probably be where Cisco will put most of its focus and where it hopes to earn most of its Tetration bread and butter. It will allow Cisco to quickly push out new features, and customers will most likely find this approach attractive because it won't require significant upfront expenditures or maintenance issues beyond downloading and installing the sensors necessary for monitoring purposes. It will also offer a single solution for both small and large operations.

Tetration-V -- software-defined Tetration if you will -- is targeting smaller operations and will fill the gap for companies that might not be able to leverage the SaaS version for regulatory reasons. It'll run on-prem on the customer's own servers, but will monitor and manage workloads on multiple clouds as if they were all in the same data center. Being software-defined, it also won't require a massive capital outlay to get up and running.

Both new versions are available immediately, but Kaushik said that Tetration SaaS is currently only being hosted on servers located in the U.S.

"As we go forward, based on the demands, we will scale it out to other geographies as well," he said.