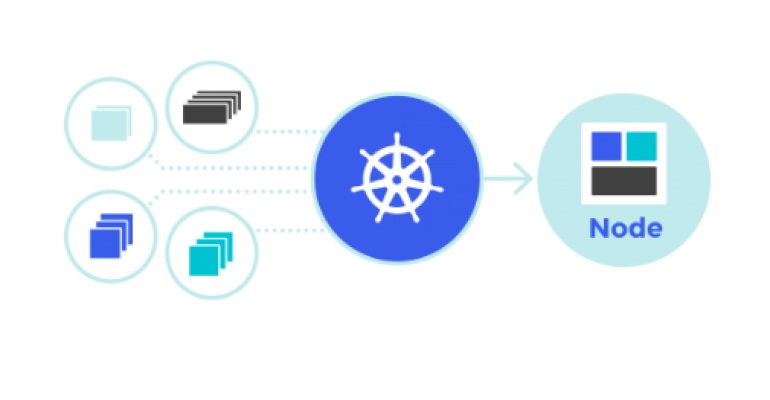 Rise in Kubernetes Deployment Is a Sign of the Container, Hybrid Cloud Times

As companies work to manage enterprise-grade cloud workloads and get a handle on container sprawl, Kubernetes deployment makes more and more sense.

In less than four years, the Kubernetes open source container management platform has gained thousands of enterprise users, plenty of developer attention, and wide popularity in its mission to improve and reshape business software applications for users. Further, the Cloud Native Computing Foundation (CNCF) recently "graduated" Kubernetes as the first open source software project to move from initial development stages to full-blown project supported by the group. The rise in Kubernetes deployment and its early and wide embrace in the industry speaks to the popularity of the Linux container model and the expansion of hybrid cloud infrastructure.

Developed in 2014 by Google to manage "container sprawl," the Kubernetes project was promoted to "graduate" by the CNCF after demonstrating a thriving adoption rate, a documented and structured governance process, and a strong commitment to community success and inclusivity, according to the group.

So far, the Kubernetes project has more than 11,258 contributing developers, more than 75,000 commits on GitHub and more than 158,000 members in global Meetup groups--all of which attests to the project's continuing growth, Chris Aniszczyk, the COO for the CNCF, told ITProToday.

"I'm a little surprised with how fast Kubernetes has grown over the last couple of years, but I think that growth can be attributed to Kubernetes solving actual customer needs," he said. "The CNCF Technical Oversight Committee (TOC) voted for Kubernetes to become CNCF's first project to graduate as it has proven to be mature and resilient enough to manage containers at scale across any industry in companies of all sizes. The CNCF graduation criteria established by the TOC defines what is a sustainable, production ready, mature open source project with open governance that you can bet your business on."

So far, the biggest surprise about the still-young Kubernetes is that it's already being used at scale in production by non-traditional Silicon Valley companies like Bloomberg, Capital One, Comcast Ticketmaster and the New York Times, he said.

According to recent research by RedMonk, 71 percent of the Fortune 100 companies are using containers and more than 50 percent of them are using Kubernetes as their container orchestration platform.

The growth and continuing development of Kubernetes inspired four releases of the application in 2017. The latest 1.9 release includes a stable core workloads API and beta support for Windows server containers, so users can run Windows-based and .Net-based containers on Kubernetes. It also improved cloud native storage by enabling CSI support, making it easier for storage vendors to support Kubernetes and creating more storage options and openness for end users. Kubernetes 1.10 was released at the end of March.

Growth in Use of Kubernetes Follows Enterprise IT Needs

Charles King, principal analyst at Pund-IT, told ITProToday that Kubernetes' graduation from the CNCF and its quick adoption by so many well-known enterprises is notable since it was given by Google to the CNCF to manage and maintain. Google originally created Kubernetes and open-sourced it in 2014 as it handed it over to the CNCF.

"In a real sense, Kubernetes was developed by an enterprise-grade cloud player for deployment and management of enterprise-grade cloud workloads, so it's natural that Kubernetes has attracted the interest of Fortune 100 companies and other established enterprise organizations," said King. "That said, the way the technology has entered and matured within commercial markets is impressive."

Part of Kubernetes' growth and popularity has come because Google was its inventor and has been a major driver behind the project, according to Dan Olds of Gabriel Consulting Group. "What [Google backs] generally tends to be successful," he said. "Given that, I’m not so surprised by the exponential growth of Kubernetes."

Jay Lyman, an analyst at 451 Research, said the growth of Kubernetes deployment in the enterprise has been helped by the popularity of hybrid cloud infrastructures.

"We've seen a relatively fast track for enterprise adoption of application containers, and now we see early uses of containers scaling up and out, which requires software such as Kubernetes to manage and orchestrate," he said. "It says organizations need to manage and orchestrate distributed applications and workloads that run on a variety of infrastructure. It is also indicative of modern open source software projects and communities wherein large end users are increasingly participatory and significant."

Janakiram MSV, principal analyst at Janakiram & Associates, told ITProToday that "right from its inception, Kubernetes maintained the right balance between control and flexibility" for enterprise users.

The recent CNCF graduation for Kubernetes "doesn't make much difference to the user community," he said, "but it does increase the confidence to run mission-critical, production-grade applications on Kubernetes."

As such, Kubernetes has been one of the fastest-growing open source technologies in history, with large companies including Google, Red Hat, IBM and Huawei contributing to it.

"Unlike Linux, Kubernetes doesn't suffer from fragmentation," said Janakiram. "It also doesn't have a big competitor like Linux had in the form of Windows. From Microsoft to Amazon to IBM, everyone is investing in Kubernetes. That's one of the factors for its astronomical growth."