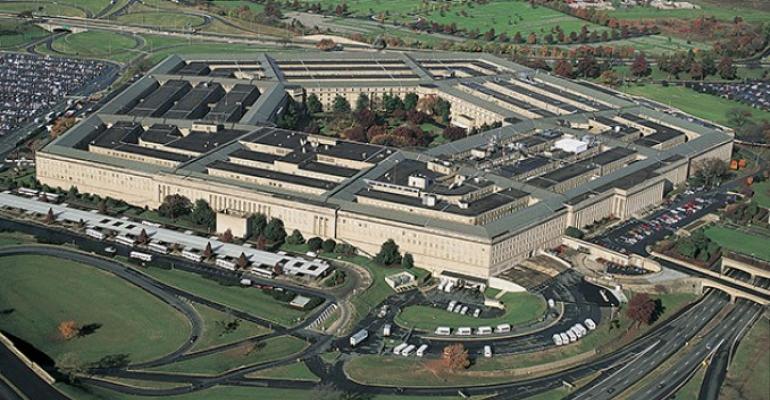 (Bloomberg) -- Defense Secretary Mark Esper said the American military risks falling behind China if the Pentagon is forced to delay implementation of a cloud-computing contract worth as much as $10 billion.

Esper said postponing implementation of the Joint Enterprise Defense Infrastructure, or JEDI, contract may force individual military services to go in “separate directions” as they seek to modernize the Pentagon’s technology infrastructure.

“We’ll lose ground to the likes of the Chinese in terms of their ability to act, think and fight us quicker than we’re able to fight them,” Esper said Wednesday at a hearing before the House Armed Services Committee.

Esper said the Pentagon is “moving forward” with work on the JEDI contract even though Amazon.com Inc. has challenged its loss of the deal to industry rival Microsoft Corp.

Related: Esper Has No ‘Hard Timeline’ for Review of $10 Billion JEDI Deal

Amazon filed a lawsuit last month in the U.S. Court of Federal Claims alleging the Pentagon failed to fairly judge its bid for the cloud contract because President Donald Trump viewed company founder Jeffrey Bezos as his “political enemy.”

The lawsuit seeks to prohibit the Defense Department from proceeding with the project without a new evaluation or award decision. The department won’t start work on the contract beyond certain “preparatory activities” until February 11, according to the lawsuit.

The Pentagon’s JEDI project is designed to consolidate the department’s cloud computing infrastructure and modernize its technology systems. The contract will be worth as much as $10 billion over 10 years.