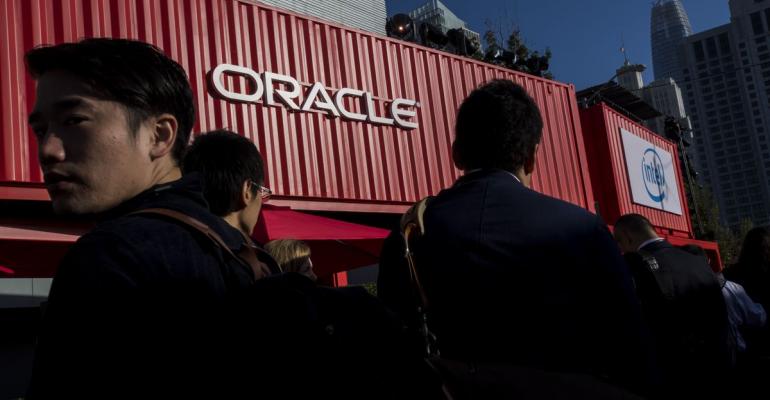 Oracle Corp.’s shares fell after the company gave a disappointing fourth-quarter revenue and profit forecast, another setback in the software maker’s push to become a significant player in cloud computing.

(Bloomberg) -- Oracle Corp.’s shares fell after the company gave a disappointing fourth-quarter revenue and profit forecast, another setback in the software maker’s push to become a significant player in cloud computing.

Sales in the current period will be little changed or decline as much as 2 percent from a year earlier, Chief Executive Officer Safra Catz said on a conference call, meaning it could become the fourth consecutive quarter with falling sales. Profit, excluding some expenses, will be $1.05 to $1.09 a share, compared with an average analyst prediction of $1.09, according to data compiled by Bloomberg.

Oracle shares fell about 4 percent in extended trading following the report, after closing at $53.05. The stock has gained 17 percent so far this year.

Oracle has built up a wide array of internet-based programs in a bid to steal market share from cloud leaders Amazon.com Inc., Microsoft Corp. and Salesforce.com Inc. Yet the company has struggled to persuade corporate customers to replace existing software run from their own computer servers -- especially when it comes to its most lucrative products, such as databases. To compensate for the slow progress, Chief Executive Officer Mark Hurd, who shares the role with Catz, has set a goal of reaching 50 percent market share in internet-based applications. The result has been a teetering journey to the cloud that may stall in the current period.

Revenue in the period ended Feb. 28 was $9.61 billion, the Redwood City, California-based company said earlier on Thursday in a statement. Analysts had predicted $9.59 billion, the average of estimates compiled by Bloomberg. Profit, excluding some expenses, was 87 cents a share, compared with estimates of 84 cents.

Revenue from cloud services and license support gained 1 percent to $6.66 billion in the third quarter, Oracle said. While that metric includes revenue from hosting customers’ data on the cloud, a large portion of the total is likely to be from maintenance fees for traditional software housed on clients’ servers. The unit accounted for more than 69 percent of total revenue.

Cloud license and on-premise license sales decreased 4 percent to $1.25 billion, but were flat without the impact of currency fluctuations. That drop is a sign the company is having a hard time persuading new customers to sign contracts. Instead, clients are taking advantage of Oracle’s Bring Your Own License program, in which a company can move existing software to Oracle’s cloud without signing a new deal.

“It’s early days, but this is the most successful introduction of a new product in Oracle’s 40-year history,” Ellison said in the statement.