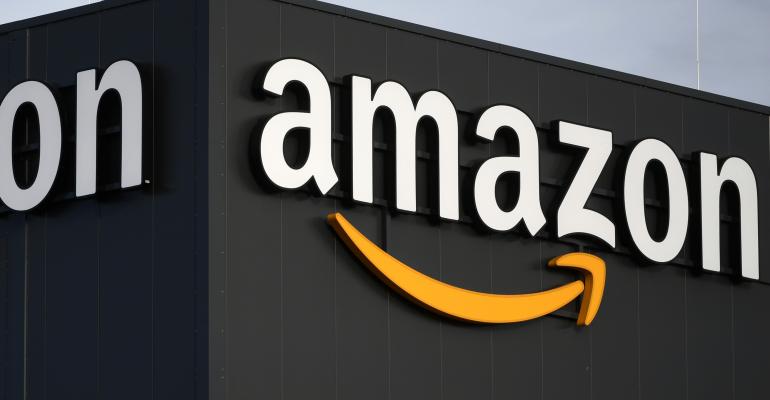 NRF 2020: Amazon Seeks Retail Supremacy In and Out of the Cloud

At the recent retail technology conference, Amazon explained the unique relationship between its retail and cloud businesses – and how that's helping drive its enterprise strategy.

NEW YORK – Amazon.com's position as one of the world's largest retailers has often put it at odds with others in the industry. Shoe maker Nike, for instance, recently decided to stop selling on Amazon in order to have more control over its products and brand. Nike wasn't the first major brand to pull from Amazon and it won't be the last.

But none of this bothers Amazon Web Services, the company's cloud computing arm. At the National Retail Federation's recent retail technology conference, NRF 2020, AWS made clear the extent to which it is helping retailers sell on Amazon and run their businesses more effectively. Officials also affirmed that AWS's customer relationships have nothing to do with its parent company's customers.

"There are lots of different ways that the retail industry can benefit from Amazon," said Phil Thompson, worldwide tech leader for retail at AWS. The biggest beneficiary is Amazon itself, he said, as AWS claims that Amazon.com, Alexa, the Go stores, Amazon Pay and many other units are all "customers" of AWS cloud services.

For its part, Nike remains a strong "all-in" customer on AWS, despite its departure from Amazon.com. Thompson said Nike continues to use cloud services extensively, including a large roll-out of RFID tags along with AWS's IoT platform for tracking products, inventory and demand.

That's not the only unusual relationship that has come about between one side of Amazon and another. At NRF 2020, Thompson pointed out that grocery giant Kroger, one of the few retailers bigger than Amazon, has an online grocery and delivery partnership with Ocado, a UK-based e-grocery store. The two recently announced that Kroger plans to open its sixth automated warehouse in the U.S. powered by Ocado’s technology. Ocado's cloud computing partner? AWS, of course.

To be sure, AWS and Amazon.com are each other’s most important partners. In many cases over the years, Amazon’s retail business created a need for a specific technology to help it sell or manage its retail business. Eventually, many of these technologies end up as services for AWS to sell to its customers.

For instance, Amazon Kinesis Video Streams was originally designed with the cashierless Go store concept in mind, Thompson said. The technology solved a problem in capturing video and doing analytics or AI inference on it in real time. In addition, officials say that other new AWS services being used by retailers, including Amazon Personalize, Amazon Fraud Detector and Amazon Forecast were all developed from or inspired by the actual technology used by Amazon.com.

Just before NRF 2020, AWS announced its latest Competency Program, this one for vendors and service providers that sell technology to retailers. Specific certifications are offered for customer engagement, merchandizing, supply chain, data science (including ML and AI programming) and physical stores.

The program, which launched with 50 initial partners, ensures that vendor services follow certain rules like being secure and “well-architected,” according to AWS principles. Also, the firms need to have AWS-certified personnel on staff as well.

“This is the first in a broader vision we have for the retail industry,” Thompson said. “That is, working with these companies to get to the point where we are offering microservices on a function by function basis.”

The Amazon Go technology is not for sale, officials said, but AWS will help customers to build their own based on Amazon’s Boundless Store reference designs. Thompson said anyone can build their own such store with Kinesis and off-the-shelf cameras and sensors, but that the cashierless concept is just a “shiny object.”

More value could be realized by using the technology for inventory tracking and control, he said. At NRF 2020, The company showed a concept mini-bar for hotels to use instead of typical refrigerators that can lead to product “leakage” and inaccurate bills for hotel guests. AWS is currently working with manufactures to build out the concept, he said.

“It all works together,” Thompson said. “Think of Amazon broadly as a utility company. You can do multi-channel fulfillment or fulfillment by Amazon or Alexa at home or Amazon.com. Of course, business to business is AWS. We are the platform for all of that from an Amazon perspective.”