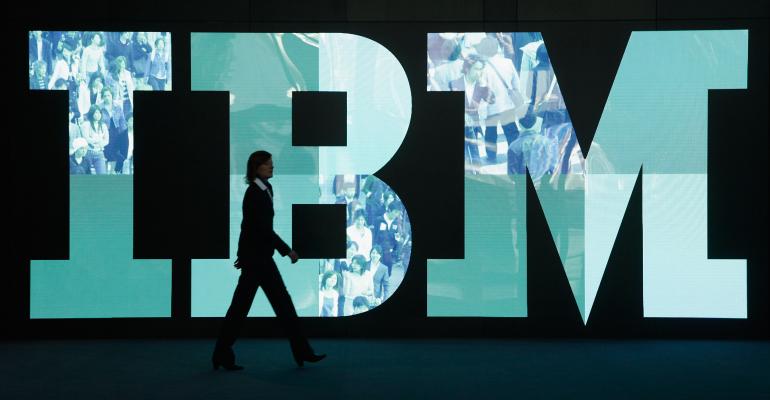 IBM mainframes have existed since the early 1950s, but are getting new life today thanks to enterprise demand for both blockchain and mobile technologies. To meet this demand, IBM announced on Tuesday two new IBM mainframe systems that promise to deliver more capacity and memory than their predecessors.

The new IBM mainframes – the IBM z14 Model ZR1 and IBM LinuxONE Rockhopper II – are a standard size, so they can be deployed in any data center. Featuring a 19-inch, single-frame design, the new z14 and LinuxONE systems take up 40 percent less space than their predecessors, IBM says.

Related: Why Mainframes Aren't Going Away Any Time Soon

“This will bring the power of the IBM Z to an even broader center of clients seeking robust security with pervasive encryption, machine learning, cloud capabilities and powerful analytics,” Ross Mauri, general manager of IBM Z said in a statement. “Not only does this increase security and capability in on-premises and hybrid cloud environments for clients, we also will deploy the new systems in our IBM public cloud data centers as we focus on enhancing security and performance for increasingly intensive data loads.”

IBM mainframes were a bright spot in its fourth quarter earnings, driving 32 percent growth across IBM's systems unit. A Bloomberg Intelligence analyst noted that without the contribution from the IBM mainframes, “growth would be flat to negative.” Since there is no real direct competition for IBM mainframes, analysts say that the company has two or three stronger quarters at the front end of its mainframe product cycle.

It is a decidedly different message from 2012, when analysts thought it would be hard to find new customers or opportunities for IBM mainframes. Now, mainframe technology is behind credit card processing, ATM transactions, and airline transaction processing, to name just a few use cases.

“The reality is it’s used extensively for anything high transactional, high load, high encryption …,” John Mertic, director of program management for the Open Mainframe Project said. “One in six workers in the US gets paid by ADP, one in four gets a W-4 from ADP; that's all thanks to Linux on the mainframe. If you are going to New York City and you are safe because the police force is keeping up and co-ordinating, and looking out for everything, that's all thanks to Linux on the mainframe. There's just so many of these stories that keep happening there.”

Sixty-four percent of enterprises with mainframes will run more than half of their critical applications on the platform within the next year, while 72 percent of decision-makers say their customer facing applications are completely or very reliant on mainframe processing, Forrester said in a recent study commissioned by Compuware.

“Customers have higher levels of expectation from their mainframes than they do of their x86. When you need to protect the family jewels at the highest level of protection and security, keep it over here on the mainframe,” Leonard J. Santalucia, CTO at Vicom Infinity Inc. said.

IBM says the new systems offer significant improvements in capacity, performance, memory and cache. A single z14 ZR1 system can process more than 850 million encrypted transactions per day, providing 10 percent more capacity than z13s, with 8TB of memory. The company said the z14 ZR1 can be used for an IBM Cloud Private solution by “co-locating storage, networking and other elements in the same physical frame as the mainframe server.”

The new LinuxONE system features IBM Secure Service Container technology, which allows developers to put an application into a Docker container and manage it using Docker and Kubernetes tools that are included.

Santalucia said that people are using the LinuxONE system to run their cloud environments, run Linux only applications, and to consolidate distributed x86 Linux servers because they can save floor space and lower their power and cooling costs.

With additional reporting by Christine Hall