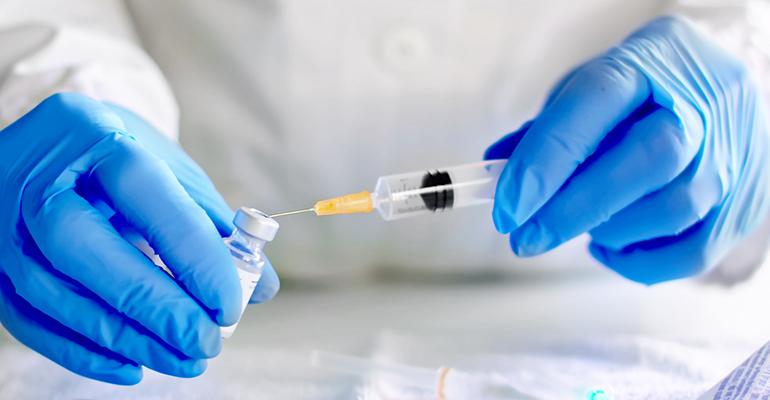 Five weeks of stumbles by Microsoft Corp. on New Jersey’s Covid-19 vaccine-booking software have left the state pushing for daily fixes on almost every part of the system.

(Bloomberg) -- Five weeks of stumbles by Microsoft Corp. on New Jersey’s Covid-19 vaccine-booking software have left the state pushing for daily fixes on almost every part of the system and doubting it will ever operate as intended, according to members of Governor Phil Murphy’s administration.

The glitches -- and attempted fixes that forced one megasite to go off-line temporarily -- have led New Jersey to rely more on the county- and hospital-operated websites that are working well and have helped schedule more than 1.2 million doses in the most densely-populated state in the country. Officials say those systems are successfully booking thousands of people. They fear the state’s booking portal, run on Microsoft software and functioning for just a limited number of residents, won’t withstand broad demand as eligibility eventually is opened to millions of more people.

Health care has become a major focus for Microsoft, which unveiled a package of industry-specific cloud software in May. The world’s largest software company, which has hired executives with medical backgrounds, also has been researching machine learning and artificial intelligence tools for areas including clinical trials and patient care.

The platform has yet to work correctly for New Jersey in the state’s effort to inoculate its residents against the coronavirus, according to two administration officials who asked not to be identified discussing contractual issues. Governor Murphy and State Health Commissioner Judith Persichilli acknowledged there was an issue with Microsoft in a Feb. 10 briefing, but didn’t go into detail about the problems.

Since the state’s CovidVaccine.nj.gov website went live Jan. 5, the software has booked thousands of appointments. But it’s also blocked users, lost registrations, double-booked residents and crashed for periods of five minutes to three days, the officials said. Though Microsoft has worked daily on the troubles, the officials said they had no confidence that they’ll get all the features called for in its contract with the company.

In a statement, Microsoft acknowledged difficulties with booking shots but didn’t specify the problems.

“We are working with the state of New Jersey to deliver vaccinations as quickly, safely and efficiently as possible, and that includes addressing some technical issues,” a Microsoft spokesperson said in an email.

The New Jersey officials declined to say whether the state is considering canceling the Microsoft contract, but said they are seeking solutions and workarounds of all kinds. The cost of the contract wasn’t readily available.

New Jersey was among the earliest and hardest-hit U.S. states by Covid-19, recording almost 21,000 deaths with a lab-confirmed link to the disease caused by the coronavirus. Murphy, a first-term Democrat running for re-election this year, has committed to vaccinating 4.7 million people, or 70% of the state’s population, by late June. So far, New Jersey has administered nearly 1.2 million doses, representing a tenth of the population who have received at least one dose, according to the Bloomberg Vaccine Tracker.

State officials said Microsoft appears to be using too few staffers, with some key personnel in overseas time zones that leave them unavailable during U.S. business hours.

The officials said they’ve conferred with other states using versions of the same software, which is built on the Microsoft Dynamics customer-relationship management platform. The task appears to be going smoother, they said, in places that asked for fewer applications -- just scheduling, say, rather than more complex services.

In Oklahoma, the system Microsoft built has worked well since it was deployed in January, said Buffy Heater, an assistant deputy commissioner in that state’s Department of Health. Nearly 175,000 residents have booked vaccine appointments and 730,000 residents have registered to receive shots when they become available.

While there have been minor glitches, Microsoft fixed them quickly and “we’ve been pleased with Microsoft’s ability to work on the fly with us,” Heater said. “We are kind of building the aircraft as it’s already taxiing down the runway and getting ready to take off, but such is the case with all things Covid.”

New Jersey officials turned to Microsoft to help with a vaccination effort they have called unprecedented and complicated, requiring software that can do multiple tasks and remain navigable by a population that includes seniors who aren’t necessarily tech-savvy. But the system hasn’t performed as expected.

For example, one of the state’s biggest vaccination sites, in Gloucester County was bedeviled for a week by a series of glitches, the officials said.

On Jan. 28, hundreds of unexpected vaccine seekers showed up at the megasite, misled by a system that had showed available slots. In another incident, county officials were forced to contact a group of people ready for their second doses of the Pfizer Inc./BioNTech and Moderna Inc. vaccines because they weren’t able to schedule appointments on the website.

More broadly, residents on Feb. 9 found themselves unable to schedule vaccines via the state’s call-in center, which also relied on the Microsoft technology. New Jersey Health Commissioner Judith Persichilli said administrators had disabled the feature because it was malfunctioning, and the center’s staff needed more training.

The recent experience is a far cry from last May, just after New Jersey reached peak daily hospitalization and deaths, when Murphy praised the software company for helping with health-care volunteer signups and the collection of hospital data to assist staffing and bed management.

“To everyone at Microsoft, who has been a vital partner to our information technology team, New Jersey thanks you,” Murphy said at a May 9 virus briefing in Trenton.

Eight months later, though, on Jan. 6, Persichilli called out Microsoft by name in one of the governor’s press briefings. She said “enormous interest in receiving the vaccine” caused “capacity challenges” with the state’s Microsoft-run system.