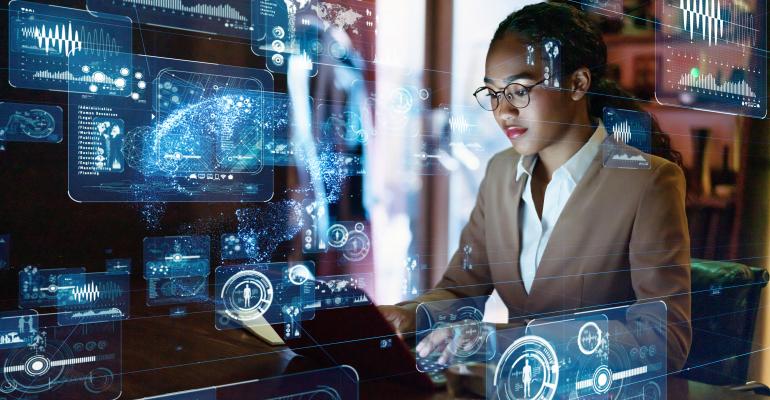 The business reality for many industries is that more data is migrating into cloud services and storage options from on-premises hardware. Managers and IT pros alike are looking for the tools to make that migration process seamless.

Microsoft wants your cloud business. Customers are choosing the company’s products and services, such as Microsoft 365 and Azure, to augment or replace their on-premises configurations.

As a result, Microsoft’s cloud earnings have been growing steadily over the last few years. The company’s commercial cloud revenue has tripled from $12.1 billion in 2016 to $38 billion in fiscal year 2019. But to maintain that cloud growth, Microsoft knows it needs to help customers continue moving from an on-premises set up to the cloud. That's why it continues to acquire companies that will provide reliable tools to assist customers migrating into cloud services.

In August 2019, Mover.io made a compelling case for why it’s a valuable asset for any company wanting to emphasize ease of migration into the cloud by releasing a case study detailing one company's 1,600-employee-migration from Box to OneDrive for Business. The migration included seven terabytes of data and it was accomplished without disrupting any work.

Mover.io’s capabilities will be available to Microsoft customers immediately through the Mover.io website. Microsoft will share more details of this new option for customers migrating into cloud services at their upcoming Microsoft Ignite conference in Orlando, Fla., from November 4-8, 2019.

The recent Mover.io buy follows Microsoft’s purchase of another cloud data migration company, Movere, in September. Movere has been assisting with cloud migrations for almost 11 years as a Microsoft Gold Certified Partner.

That makes two cloud-migration-specific additions in the last month to Microsoft’s stable of services in direct support of customers migrating into cloud from other service providers. Although the company had other migration tools such as the SharePoint Migration Tool, FastTrack and the Azure Migration Program, it seems its efforts are focused on providing an even more robust and reliable user experience for migrating customers.

Microsoft’s long been open about its cloud-first focus as part of the computing experience. It has since made moves that suggest it’s trying to shift enterprise customers – and end users – to a suite of services that emphasize a less siloed application experience.

For example, folding Skype for Business into Teams signals a shift into a communications approach that acknowledges how people move fluidly between text, email and phone. In addition, the line between Microsoft subscriptions for Microsoft 365 and Office 365 is becoming blurred to the point where Office’s apps are just going to be enfolded in the Microsoft 365 umbrella.

It’s entirely possible SharePoint and OneDrive for Business represent another ongoing shift to the cloud-first computing experience – this one in how assets are stored and accessed . As mentioned earlier, Mover.io supports over a dozen connectors to other cloud services. Included among these connectors is one to move on-premises SharePoint configurations to SharePoint Online.

Of course, Microsoft has yet to make an official announcement. SharePoint is such a staple for companies using Microsoft on-premises services that this would be a challenging decision for Microsoft, to say the least. However, with the continued push to the cloud, where or how you access those collaboration and information sharing capabilities is becoming a background aspect these days.

Why have two separate products providing the same functionality when everything can be consolidated? The result of a consolidation is that customers migrating into cloud services retain their options and Microsoft has an opportunity to reduce operating costs associated with SharePoint.

This is something we will continue to keep our eye on and so should those in IT. The scenery changes very quickly when it comes to services, so anything is possible, even the unthinkable.