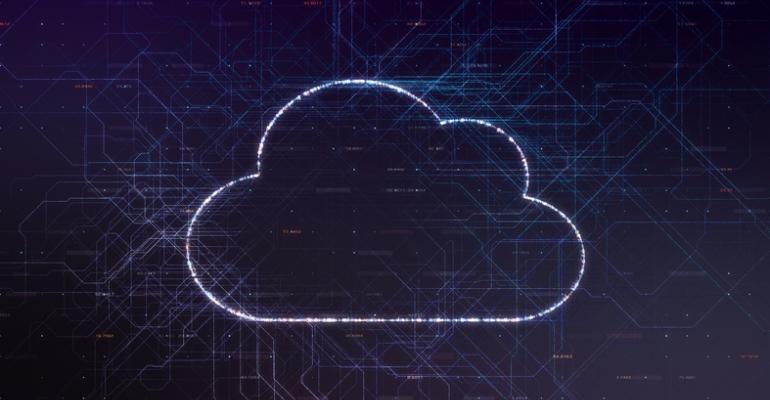 The JEDI Contract Speaks Volumes about GCP and Multicloud

AWS’ and Microsoft’s role at center stage of the JEDI contract saga says a lot about the future of Google Cloud Platform and the multicloud model.

Who’s the biggest loser from Microsoft’s JEDI contract win? It may seem to be AWS, the cloud that the Department of Defense passed over when selecting a provider for the $10 billion contract. But I’d argue that Google Cloud Platform has actually lost the most out of the JEDI affair. Thanks in part to the deal, GCP’s status as a “Big Three” cloud provider is more precarious than ever. Let’s take a look at what the deal means for GCP, its enterprise customers and the multicloud market.

Politics May Have Mattered in the JEDI Contract Decision, But That Doesn’t Matter

Whether politics played a role in the JEDI contract outcome doesn’t really change anything “on the ground”--by which I mean, in the enterprise cloud marketplace.

Political pressure from the White House may well have been the main reason why the Pentagon chose to award the $10 billion JEDI contract to Microsoft Azure instead of AWS. Or it may not have been. We’ll probably never really know, although Amazon has asked a court to temporarily stop Microsoft from working on the project until the contract’s validity is resolved.

Either way, the inevitable result of Microsoft’s win is that Azure’s image got a very big image boost. The issue of whether AWS lost out purely based on functionality, or because of politics, is basically moot at this point. The whole affair has elevated Azure’s status far beyond what it was a year ago, when most folks assumed that AWS’ securing of the contract was a fait accompli, even though the outcome hadn’t been announced yet.

From a technical perspective, there is little difference today between the AWS and Azure clouds. It’s hard to argue that one cloud is clearly superior to the other based on functionality (or, for that matter, price).

True, some folks will claim that either Azure or AWS is better overall in a technical sense. But those arguments usually boil down to a preference for certain frameworks or tools, or which cloud began offering a certain type of service first.

For example, you might claim that Azure is better for containers because Azure was doing Kubernetes first, while AWS initially relied on its own, homegrown container orchestrator. But that argument would be predicated on a subjective preference for Kubernetes, combined with the flawed notion that whichever cloud does something first must necessarily be the best at it.

In reality, AWS and Azure both offer a litany of different IaaS, PaaS and SaaS services that in most respects are directly comparable with each other. In fact, each provider arguably sells so many services that it has become a challenge to figure out which ones you actually need.

I say this because I want to make clear that the JEDI contract doesn’t prove that Azure has become a more robust or technically sophisticated cloud than AWS--even if it does give Azure a leg up from a marketing perspective.

Neither, by the way, does the JEDI deal have huge implications for Azure’s financial success. As analysts have noted, the contract will account for only a tiny portion of Azure’s revenue. Its financial significance for AWS, had it received the contract, would have been even more minuscule.

If the JEDI deal doesn’t matter much in terms of the technical functionality or financial prospects of either AWS or Azure, it matters a lot for another cloud that hasn’t been featured in many of the JEDI-related headlines: GCP. Indeed, by failing to come even close to finalist status in the JEDI contest, GCP has reinforced its third-wheel status within the club of Big Three cloud providers.

As astute followers of cloud computing news will recall, GCP was once under consideration for the contract. But it dropped out in 2018. At the time, Google worked hard to position the retreat as a reflection of its commitment to “values,” although it also admitted that “portions of the contract were out of scope” with GCP’s capabilities.

For companies looking for a reason not to view GCP in the same light as Azure and AWS when it comes to hyperscale cloud computing, then, JEDI is it.

You could make the same case about other major public clouds that failed to join AWS and Azure on the list of finalists for the JEDI contract, of course, like IBM and Oracle (which was angry enough about being kept out of the running to sue over it). But the difference between those clouds and GCP is that IBM and Oracle have not invested as much as Google in trying to achieve the same status as AWS and Azure, in terms of public perception. Only GCP has tried so hard to position itself as a public cloud that is just as feature-rich and enterprise-ready as Azure and AWS.

From this viewpoint, the biggest loser in the JEDI deal is not AWS, but GCP. The JEDI affair has made it that much harder for Google to convince enterprises that its cloud is keeping pace with AWS and Azure. It marks another blow for GCP a year after Google fired its cloud chief, a move widely viewed as an acknowledgment that Google’s cloud strategy was not working.

A Note on Multicloud and JEDI

It’s also worth noting the precedent that the JEDI outcome sets for multicloud. Everyone everywhere is excited about multicloud architectures, partly due to their ability to deliver greater levels of reliability by ensuring that if one cloud fails, you still have another to keep your workloads running.

It’s interesting, then, that the Department of Defense didn’t opt to jump on the multicloud bandwagon by splitting the JEDI contract among multiple clouds, which it easily could have done. That approach--which politicians urged--would not only have calmed some of the concerns about political interference in the selection process, but also probably given the DoD’s cloud workloads a reliability boost.

If the DoD doesn’t think a multicloud strategy is worth it for a contract like JEDI, other large organizations may have the same thought. I don’t think this spells the end of the multicloud trend, but it just might dampen the multicloud buzz a little bit.

Time will tell whether we learn more about the specific reasons why Azure won the JEDI contract. But no matter how much politics factored into the decision, or which technical considerations might have been at play, three things are clear: Azure got a huge publicity boost; GCP’s claim to be a peer of AWS and Azure is more tenuous than ever; and there is now a major precedent for not going multicloud.