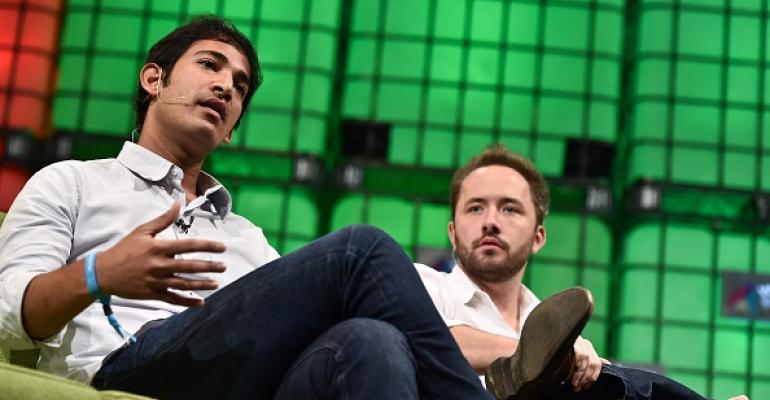 Cloud storage and collaboration platform details cost savings that resulted from migrating onto its own platform.

About two years ago, Dropbox moved most of its data – including users’ data – from Amazon Web Services, which it had relied on since its founding, to its own custom infrastructure in colocation data centers.

Last week, the popular cloud storage and collaboration service filed documents for an IPO. In those documents, it disclosed the impact the move has had on its bottom line. Over two years, it turns out, Dropbox shaved $74.6 million off its operational expenses primarily because of the move. That’s 15 percent of the $500 million it currently plans to raise in the public offering.

The initiative, referred to (rather modestly) in the company’s S-1 SEC form as Infrastructure Optimization, included designing custom hardware and all the software that would tie it – and whatever AWS infrastructure Dropbox still uses – together into a single, highly distributed computing platform.

As the company’s CTO and former Facebook engineer Aditya Agarwal told Wired back in 2016, “Nobody is running a cloud business as a charity. There’s some margin somewhere.” In other words, if you’re paying to use someone else’s infrastructure, you’re paying more for that infrastructure than its lowest possible cost by default.

Cost isn’t the only reason companies use cloud services of course. It takes years and years of engineering and tons of cash to build a cloud platform of your own. AWS made it possible for a startup the size Dropbox was a decade ago to grow its business without having to do that.

And there are still some things AWS does that Dropbox finds valuable enough to continue using it. Amazon data centers in Europe and in those places around the US where Dropbox doesn’t have its own facilities store data that needs to be close to users. (Dropbox now stores about 10 percent of all its data in AWS). In other words, the cloud giant helps the Dropbox platform be a lot more distributed than it would have been had it relied on its own three data centers in California, Texas, and Virginia alone.

“Our technology infrastructure, combined with select use of AWS resources, provides us with a distributed and scalable architecture on a global scale,” Dropbox said.

As a result of the migration, Dropbox’s AWS bill went down by $92.5 million in 2016, the company said. Even after additional expenses associated with infrastructure in the colo facilities and other costs, such as headcount growth and higher credit card transaction fees, overall cost of revenue in 2016 decreased by $16.8 million, or 4 percent from 2015.

The net decrease in infrastructure costs that year that resulted directly from the Infrastructure Optimization initiative was $39.5 million.

The optimization initiative also included deleting data of users that had been inactive for years and wouldn’t respond to emails from Dropbox. That project contributed a significant chunk to the overall cost-reduction number.

Infrastructure Optimization continued into 2017, resulting in further savings. A $35.1 million decrease in infrastructure costs contributed to a $21.7 million reduction (6 percent) in overall cost of revenue in 2017, according to the S-1.

Such cost reduction is a good story to tell in an IPO filing. Investors like companies that can grow while slashing costs. (Dropbox’s 2017 revenue was $1.11 billion, up 31 percent from 2016.) As its user base grows, however (especially if its enterprise business accelerates), infrastructure investment will have to keep up.

A key question for Dropbox going forward will be whether its revenue growth will be sufficient not only to sustain the kind of spending required to operate a hyper-scale platform but also to generate a profit. As of the end of 2017, Dropbox was still about $112 million in the red.

Another key question is whether Dropbox will be able to reach that balance in the face of competition from hyper-scale cloud providers like Amazon, Microsoft, and Google, whose presence is growing in its market, and who year after year have demonstrated willingness and ability to spend billions and billions of dollars annually on cloud infrastructure.