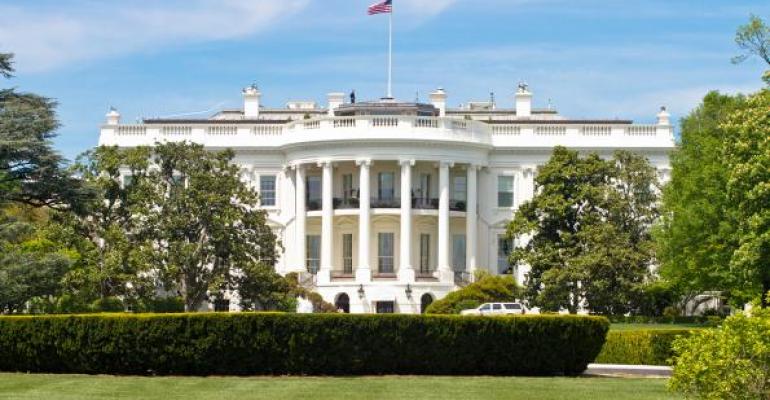 <p>Wallace expects Trump will quickly undo some of Obama&#39;s executive orders, but Obamacare is another matter.</p>
Cloud Computing and Edge Computing>Hybrid Cloud and Multicloud

IBM, Oracle and Microsoft are among the companies basking in the White House’s glow these days. All were founded before 1980 and are longtime government contractors with strong bipartisan ties in Washington.

(Bloomberg) -- President Donald Trump often hurls insults at internet companies Facebook Inc., Alphabet Inc.’s Google and Twitter Inc., accusing them of bias against him and others with conservative views.

While the platforms are some of the president’s favorite corporate targets, another group of tech companies is working the back channels in some of the White House’s most powerful offices -- and often getting results.

International Business Machines Corp., Oracle Corp. and Microsoft Corp. are among the companies basking in the White House’s glow these days. All were founded before 1980 and are longtime government contractors with strong bipartisan ties in Washington.

They got their start in so-called legacy technologies such as computer hardware, operating systems software and database management. Now they’re striving to preserve their existing government contracts while also seeking to compete in such future areas as cloud services and artificial intelligence.

The legacy tech companies enjoyed broad access to the White House in 2018, according to lobbying disclosures that show communications with the Executive Office of the President, an umbrella White House entity that includes many of the president’s senior technology, national security and economic policy advisers.

Younger internet platforms like Google and Facebook, the darlings of official Washington in the Obama years, had fewer White House contacts than the legacy tech companies did in 2018.

Sometimes technology companies from both camps joined forces to battle the White House over trade, climate change and immigration policies. But as companies of all stripes grapple with an unpredictable president -- and throw out their usual playbooks on influence peddling in Washington -- the legacy tech companies seem more adept, possibly because they’re more accustomed to the fluctuating politics of presidential administrations. They’re scoring some important political wins from Trump’s White House where they are generally in better favor than their social-media competitors.

E-commerce giant Amazon.com Inc. falls into a camp by itself. Though it’s newer to the lobbying game -- it didn’t disclose any White House contacts before 2013 -- its 68 last year outpaced all of its tech peers. While Amazon’s lobbying reflects its broad business concerns, the number seems to belie the way Trump publicly treats Amazon founder Jeff Bezos as his chief corporate nemesis.

These findings emerge from a Bloomberg analysis of 10 tech companies’ lobbying disclosures from 2000 through 2018. They reveal who’s wielding influence, where, and on what issues in the nation’s capital. The filings show if lobbyists made contact with a White House office to advocate at least once a quarter on an issue, but don’t say how often the lobbyists and officials spoke or whether they met in person. A single chat can also look like multiple contacts if it involved several topics.

As a group, the three legacy tech companies and their outside advisers disclosed 104 contacts at the Executive Office of the President and such components as the Office of Science and Technology Policy, the National Economic Council and the U.S. Trade Representative. That’s up from 88 in 2016. Google, Facebook and Twitter disclosed 41 contacts last year, up from 29 in 2016.

The lobbying disclosures for the first three months of this year showed a continuation of the broad trends, with the exception of IBM, whose contacts declined. Amazon was the top spender on lobbying in the first quarter, pulling ahead of all its tech rivals, including outspending Google for the first time in more than a decade.

IBM emerged from the analysis as the tech company that most accelerated its door-opening at White House offices last year. It disclosed 31 White House contacts in 2018, up from 22 in 2017 and 14 the year before that.

An executive order on artificial intelligence that Trump signed in February followed a White House meeting on the topic with IBM, Microsoft and Google chief executives. The order made AI research and development a federal funding priority, will make agencies’ data accessible for research, and recommended government money for workforce education and training -- key priorities for IBM as it expands into AI and the cloud.

“They’ve actively sought us out, and we’ve been happy to talk to them,” said Christopher Padilla, IBM’s vice president of government and regulatory affairs. Their discussions have also included China tariffs and Trump’s executive order that allows the U.S. to ban entry to people from seven countries, five with Muslim majorities -- issues on which IBM has criticized the administration, Padilla said.

Facebook, Twitter and Google, meanwhile, are facing a backlash from politicians in both parties who accuse them of being too big, biased and unaccountable. Last week, Trump accused Twitter of discriminating against him and other Republicans. Within hours, Jack Dorsey, Twitter’s chief executive officer, showed up in the Oval Office to explain that the president’s Twitter-follower count had declined, not from political bias, but because the company was systematically purging fake accounts, causing him to lose hundreds of thousands of followers.

Legacy tech companies have found ways to differentiate themselves. When the social-media giants dragged their feet in supporting anti-sex-trafficking legislation that eroded their liability protections, Oracle and IBM urged passage of the bill. To push the measure over the finish line, Ivanka Trump, the president’s eldest daughter and senior adviser, convened a meeting in March 2018 with anti-sex-trafficking advocates, IBM’s Padilla and the Internet Association, a trade group of platform companies. Trump signed the bill the next month.

Internet platforms might not have suffered that kind of political blow in the years when Google’s former chairman and chief executive officer, Eric Schmidt, was a fixture in Washington, advising Barack Obama’s 2008 campaign as well as Hillary Clinton’s 2016 effort. Obama also named a former Google vice president, Megan Smith, as the U.S.’s chief technology officer.

“Google had taken over the White House,” said Larry Downes, project director at the Georgetown Center for Business and Public Policy. “They had successfully gotten some of their employees either to be appointed to committees or advisory groups still as Google employees or to leave Google and go work for the administration.”

Now the legacy tech titans have one of their own in the White House with Chris Liddell, a deputy White House chief of staff who was Microsoft’s chief financial officer.

While Google’s clout has declined in Washington under Trump, the company may be poised for a comeback. In March, Google CEO Sundar Pichai spent two days in Washington, where he met with Trump to discuss the U.S. military as the company faced political furor over its work in China.

He was also among the tech executives who met with Trump’s daughter in December -- a one-off appearance that doesn’t show up in the 16 disclosed contacts, but indicates he still has White House access.

Legacy tech companies don’t always get what they want. During a private White House dinner in April 2018, Oracle’s Catz criticized the bidding process for a huge Pentagon cloud computing contract, complaining to Trump that it seemed designed for Amazon’s cloud unit. Earlier this month, the Pentagon knocked Oracle out of the competition in favor of Amazon and Microsoft.

Catz had served on the president’s transition team, as did several people employed by one of its outside lobbying firms, Navigators Global. In the 27 contacts it disclosed last year, Oracle lobbied the White House on national defense and taxes, among other matters. Microsoft disclosed 46 contacts on intellectual property, education, rural broadband and budget matters, in addition to technology issues.

While companies traditionally have focused their lobbying on Congress rather than the White House, Trump’s unpredictability and capacity to set his party’s agenda may have changed their approach, said Steven Billet, a former AT&T Inc. lobbyist who is now a George Washington University professor.

“They probably understand that on the Republican side of the aisle, the only people that are really controlling the agenda are in the White House, not on Capitol Hill,” Billet said.