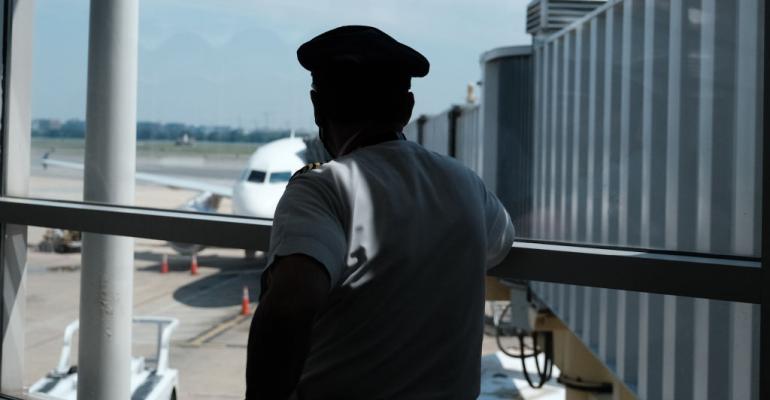 Delta Air Lines has charted a course to the cloud, with IBM as co-pilot.

Today the carrier operates mostly out of on-premises data centers. By the end of 2024, it expects to have migrated 90 percent of its applications and databases to the public cloud, Narayanan (KK) Krishnakumar, Delta’s VP and CTO, said in an interview with DCK.

“Our operations will get significantly better, and we will be able to improve overall customer and employee experiences, building upon the capabilities brought to us by the public cloud,” Krishnakumar told us.

Like others in the industry, Delta has faced a massive slowdown in air travel during the COVID-19 pandemic. It’s among many enterprises that have pursued or accelerated their digital transformation efforts as a result of the global health crisis, said Phil Guido, IBM’s general manager of cloud transformation.

“Clients view this as an opportunity to transform their businesses, so when the recovery starts, they emerge stronger, more modernized, and more agile for the future,” Guido told DCK.

IBM will provide Delta with technical expertise and technology. Delta, the second-largest American airline, plans to modernize most of its existing apps to run in a  containerized, hybrid cloud environment using IBM’s Red Hat OpenShift hybrid cloud platform and IBM Cloud Paks, software that includes security and AI-assisted automation of network, business, and IT operations.

IBM is competing in a busy market, full of other service providers and tech companies seeking to help enterprises migrate to the hybrid cloud – the market’s fastest-growing segment, said Roy Illsley, chief IT and enterprise analyst at Omdia, a technology market research firm. (Like DCK, Omdia is owned by Informa.)

Cloud providers offer two different approaches to helping organizations go hybrid. IBM and Google Cloud have taken the software route, the former with OpenShift and the latter with Anthos, Illsley said. In contrast, AWS, Microsoft Azure, and Oracle offer hardware, or appliance solutions that operate on premises and serve as a bridge to their public clouds.

VMware is also in a strong position in the hybrid cloud marketplace, because its software runs natively on all major cloud service providers. “Your on-premises VMware (deployment) can bridge to the cloud VMware,” he said.

Companies like Delta hire the likes of IBM to help them migrate to the cloud because of a dearth of experts in this area. “Skills are in demand and short supply,” Illsley said.

Modern Infrastructure for a Modern Way of Working

IBM’s team will work with Delta to modernize existing applications but also co-create new solutions. Delta chose to partner with IBM because they’ve been long-time partners, including IBM providing support for its mainframes, Krishnakumar said.

“They are a strong partner,” he said. “We absolutely like working with them.”

Delta’s move to the cloud provides multiple benefits. Apps and data can be stored in multiple regions in the cloud, which ensures high availability and uptime, Krishnakumar said.

Another benefit is improved software engineering productivity. The cloud, he said, is highly automated and allows Delta’s IT team to instantly access infrastructure services.

As part of the project, IBM will use the IBM Garage Methodology, which leverages agile principles and DevOps tools and techniques, which will speed development and improve the quality of applications, Krishnakumar said.

“Agile and DevOps will contribute to the overall end-to-end production because it’s much faster and much more automated,” he said. “By doing automated testing for functionality, security, and performance within the software development cycle, you not only decrease risk, but you are increasing the quality of what you are producing. All of that contributes to much faster end-to-end deployment of business capabilities.”

Once it’s reached the goal of migrating 90 percent of applications to the cloud, Delta will continue to operate its own data centers, but it won’t have anywhere near the data center footprint it has today. Each site will be less of a data center and more of a “data room,” the CTO said.

The company has not yet announced who its main cloud service provider will be, but the plan over time is to take a multi-cloud approach, Krishankumar said.

The Goal: A Better Flying Experience

Delta has been on a digital transformation journey for several years, and the move to the public cloud will significantly accelerate that journey, he said.

Delta has a history of innovation, having introduced RFID baggage tracking in 2016 and launching the first biometric terminal in the US in 2018 using facial recognition at checkpoints at Hartsfield-Jackson Atlanta International Airport.

With AI’s help, the app will anticipate customers’ needs, such as suggesting earlier ride shares to the airport if traffic is heavy, recommending faster security checkpoints, and offering hotel options and in-flight entertainment.

Future plans also include a “parallel reality” experience, in which customers at the airport can view monitors and see their personalized flight information.

Migrating IT operations to the cloud will give Delta a better way to leverage AI and machine learning, because of the elasticity of the cloud and modern integrated AI toolsets offered by cloud providers, Krishnakumar said.

AI and ML in the cloud will help the company improve on-time departures and arrivals and allow it to make better and faster decisions overall, he said.

As part of the agreement, IBM will also help train Delta’s IT staff new skills, so they can adapt to the new hybrid cloud infrastructure and continue their careers at Delta, Guido said.

“No person will be left behind in this journey,” Krishnakumar said. “We will take them with us in the cloud. We are an employee-oriented culture. We consider that as a competitive advantage.”