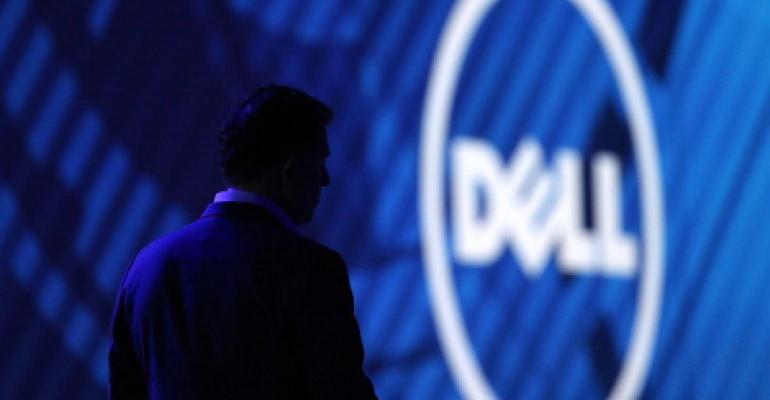 The spinoff will unwind, at least in part, a consolidation created five years ago in Dell’s $67 billion acquisition of VMware’s parent, EMC Corp.

(Bloomberg) — Dell Technologies Inc. said it will spin off its stake in VMware Inc., creating two publicly traded companies and raising cash to pay down debt. Its shares jumped on the announcement.

The spinoff will unwind, at least in part, a consolidation created five years ago in Dell’s $67 billion acquisition of VMware’s parent, EMC Corp. The spending spree helped Dell branch out from its origins as a personal computer maker, but left the company saddled with debt.

VMware will distribute a special cash dividend of $11.5 billion to $12 billion to shareholders at the close of the deal, which is expected by the fourth quarter, Round Rock, Texas-based Dell said Wednesday in a statement. Dell, which owns 81% of VMware, will receive a payout of as much as $9.7 billion.

“We expect to drive additional growth opportunities for Dell Technologies as well as VMware, and unlock significant value for stakeholders,” said Michael Dell, chairman and chief executive officer of his eponymous company. “Both companies will remain important partners.”

The spinoff will provide Dell cash to live up to promises to investors to reduce its debt load, which was $48.5 billion at the end of its most recent quarter. The company said “core debt” was $29.2 billion when it reported earnings Feb. 25.

VMware was founded in 1998 and acquired by EMC in 2004, which sold part of its stake in an initial public offering three years later. EMC’s holdings in the maker of data center software passed to Dell when it acquired EMC in 2016 in the largest successful acquisition in the technology industry. In another effort to slim down the company, Dell is also exploring options including a potential sale of cloud business Boomi, people familiar with the matter told Bloomberg.

Michael Dell and other executives faced questions from analysts about their decision to reverse the industry consolidation strategy relatively quickly. The executives emphasized the benefit to investors of the split and said the stock market hasn’t given the combined company the appropriate value.

“We think this is a move in the right direction for Dell and it helps unlock the sizable conglomerate discount that is currently embedded,” said Amit Daryanani, an analyst at Evercore ISI.

Dell has a five-year commercial agreement with VMware to continue to market and sell the software maker’s products. Currently about 35% of VMware’s revenue comes through Dell’s sales force.

“The commercial agreement allows us to achieve the same things we had targeted with the acquisition of EMC,” Dell Chief Operating Officer Jeff Clarke said in an interview.

The formal separation from VMware will give Dell more than $9 billion to add to the $5 billion of debt it was planning to pay down this year. VMware will also take $4.8 billion of debt off Dell’s books when the transaction is completed. Dell is on the path to an investment grade from debt ratings services, Clarke said.

The estimated value of the cash dividend that VMware will provide to stockholders ranges from $27.43 to $28.62 per share, based on outstanding shares as of March 16, the Palo Alto, California-based company said in a statement.

Dell shares rose about 8% in extended trading after closing at $92.70 in New York. The stock has gained 26% this year.

The spinoff is “subject to certain conditions, including receipt of a favorable IRS private letter ruling and an opinion that the transaction will generally qualify as a tax-free spinoff to Dell Technologies shareholders for U.S. federal tax purposes,” Dell said in its statement.

Dell first said last July that it was considering a spinoff of its VMware stake, although the transaction wouldn’t occur until after September 2021 for tax purposes.