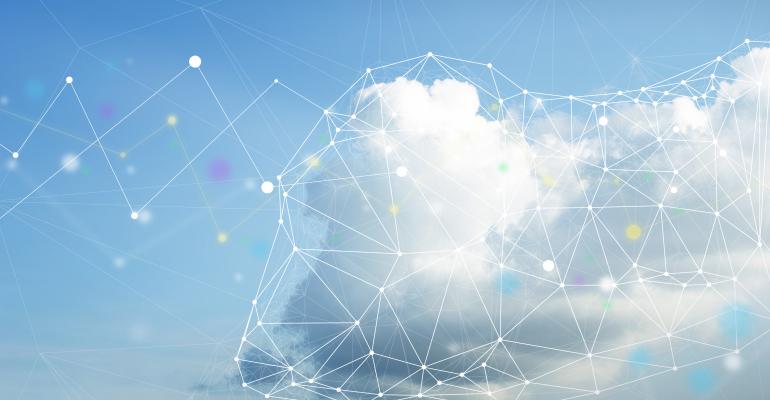 As cloud spending rose, cloud users had more options than ever for mixing and matching multiple vendors and coming up with the enterprise cloud that worked best for them.

Cloud computing started going mainstream more than a decade ago. Yet the cloud of yesteryear was hardly the cloud of 2019, a year that witnessed a number of significant new developments for the cloud ecosystem. Here's a roundup of the biggest news around cloud computing providers.

The Pentagon Cloud Gets Political

In October 2018, the U.S. Defense Department set a deadline for bids on a $10 billion, 10-year, winner-take-all cloud computing contract. The intent behind the Joint Enterprise Defense Infrastructure cloud, or JEDI, was to move massive amounts of federal data to a commercial cloud service. Google dropped out on the deadline, leaving the bidding field open to cloud players IBM, Oracle, Microsoft and Amazon.

In February 2019, the first signs of trouble emerged. The Pentagon had to investigate whether a former employee’s connections to Amazon had biased the proposal process for other cloud computing providers. One of Amazon's competitors, Oracle – whose co-CEO, Safra Katz was a member of the executive committee of President Donald Trump’s transition team after he was elected – argued that the terms for the JEDI project violated federal procurement standards and were unfairly tailored for Amazon. The Pentagon opened an investigation into the allegations.

By May 2019, Oracle had filed a suit alleging Amazon offered two former Pentagon employees jobs while they were working on the contract. In July, Republican congressmen were lobbying for the president’s personal interference in the contract award process and, in response, Trump asked his senior staff for more information on the Pentagon’s proposal and the proposal bid process. Then, as Bloomberg News reported, “Trump stunned tech companies, the Defense Department and lawmakers this month when he openly questioned whether the pending contract is being competitively bid.”

In August, six months after the initial Pentagon investigation, incoming Defense Secretary Mark Esper announced he would be reviewing the Pentagon’s cloud computing contract. In addition to Esper’s probe, the Pentagon’s inspector general was “expeditiously” conducting a review of the Defense Department’s JEDI cloud computing project, including potential conflicts of interest.

“Expeditious” ended in October, when the Pentagon awarded the $10 billion JEDI contract to Microsoft, thought until the announcement to be the runner-up behind Amazon’s AWS. Since then, Amazon has filed a suit claiming it lost the bidding process because of political interference by Trump and an unfair award process. In a court proceeding, Judge Patricia Campbell Smith said that Amazon alleges the contract was awarded to Microsoft “despite what plaintiff characterizes as its depth of experience, superior technology and proven record of success in handling the most sensitive government data.”

The cloud has been at the heart of government-related lawsuits before – Microsoft’s tangled with the U.S. Department of Justice over whether or not it has to turn over data hosted in its Irish datacenters – and this ongoing saga illustrates that among the challenges facing IT pros are how their technical selections can be shaped by outside factors.

The JEDI story has, in the short term, signaled to analysts and other industry watchers that Microsoft looks increasingly like it is on the path to overtaking AWS as the cloud computing market leader.

The moral: It's getting harder and harder to be a small-time (or even medium-time) cloud computing vendor.

The past year witnessed efforts by a number of cloud vendors to make themselves multicloud-friendly – even if doing so meant making it easier for customers to use their services in conjunction with those of competitors. Google rolled out Anthos, a tool designed to make it easy to deploy an app to any cloud. VMware bought Bitnami in an apparent bid to offer developers more tools for building multicloud applications. Microsoft announced Azure Arc, which lets companies manage services hosted on multiple clouds using Azure-based tools.

Amazon, which has not made any big strides toward accommodating customers with multicloud aspirations, appears to be an outlier. Other vendors seem to have concluded that they can't beat the multicloud trend, so they may as well join it.

OpenStack Releases Something Worth Watching for Private Cloud Advocates

The development was noteworthy only because OpenStack has become relatively un-noteworthy over the past several years. Nearly a decade ago, the platform held great promise as a solution for companies looking to build their own clouds instead of purchasing service from a public cloud vendor. But it became less significant after the mid-decade rise of Docker and Kubernetes, each of which provide another way to build a private infrastructure that delivers many of the same benefits as OpenStack, but is more flexible.

In this sense, the fact that OpenStack is still rolling along is significant as a reminder that Docker and Kubernetes are not the only game in town for companies seeking to build a private cloud – even if OpenStack's mindshare continues to decline.