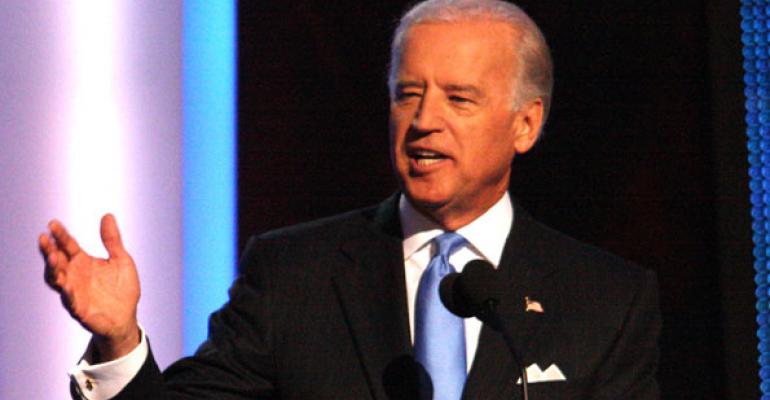 If confirmed by the Senate, Kanter would take over the antitrust division as it forges ahead with a monopoly lawsuit filed in October against Google and an investigation of Apple.

Kanter, 47, who left one of the country’s biggest law firms last year to start his own firm, is a long-time foe of Alphabet Inc.’s Google, representing companies that have pushed antitrust enforcers to sue the search giant.

Kanter has “been a leading advocate and expert in the effort to promote strong and meaningful antitrust enforcement and competition policy,” the White House said in a statement.

If confirmed by the Senate, Kanter would take over the antitrust division as it forges ahead with a monopoly lawsuit filed in October against Google and an investigation of Apple Inc. over its App Store practices.

Kanter is the favored candidate of a faction of lawmakers and antitrust experts who say the U.S. economy is plagued by monopoly power across industries, and that enforcers at the Justice Department and the Federal Trade Commission need to more aggressively police mergers and anticompetitive conduct.

Kanter’s nomination follows Biden’s signing of a sweeping executive order designed to promote competition across industries, including measures such as restricting noncompete agreements for workers and allowing imports of prescription drugs from Canada.

If confirmed, Kanter would become one of the top antitrust officials in the U.S., along with FTC Chair Lina Khan. Biden unexpectedly elevated Khan to run the FTC after she was confirmed by the Senate as a commissioner last month. Khan, who was a Columbia Law School professor when she was appointed, is one of the most prominent advocates in the U.S. for more forceful antitrust enforcement and breaking with the standard playbook for policing competition.

Kanter is closely aligned with Khan as well as Tim Wu, who was appointed as a White House adviser on technology and competition policy. Unlike Khan, who needs a majority of the five-member FTC to take enforcement actions, Kanter would have the sole authority to file lawsuits seeking to stop mergers and challenge companies over practices that harm competition.

While Kanter was under consideration by Biden, supporters posted photos on social media of coffee mugs emblazoned with “Wu & Khan & Kanter.”

Kanter was an early advocate for more aggressive action against tech giants and for rethinking how antitrust enforcers analyze competition in digital markets. In 2016, at an event about Amazon.com Inc. hosted by the left-leaning think tank New America, Kanter faulted antitrust officials for failing to bring monopoly cases against dominant companies.

“Antitrust enforcement is barely on life support,” he said. “When was the last time you can remember a major antitrust agency bringing a monopolization case? The reason you can’t remember it is because they haven’t done it.”

At a webinar last year hosted by the American Economic Liberties Project, an anti-monopoly group that advocates for breakups of tech companies, Kanter called a House report that accused tech companies of abusing their market power “transformative” for describing how antitrust enforcement has failed and outlining what to do about it.

Lawmakers on Capitol Hill are taking steps to revise existing laws and give enforcers more authority to take on America’s biggest tech companies. In June, the House Judiciary Committee advanced a package of bills that would place significant new constraints on how tech platforms operate, including that they divest businesses in some circumstances.

If confirmed, Kanter would oversee the antitrust division’s monopoly lawsuit against Google. The case, filed last year by the Trump administration, accuses the company of abusing its dominance in internet search by using exclusive distribution agreements with Apple and other companies to shut out competition. The lawsuit is scheduled to go to trial in 2023.

The Google lawsuit is one of two monopoly cases pending against the big tech platforms. The FTC last year sued Facebook Inc., arguing the company’s acquisitions of Instagram and WhatsApp should unwound. A judge in June dismissed the complaint, saying the agency failed to support its claim that Facebook is a monopoly in the social media market. He gave the FTC until the end of July to fix the error and refile.