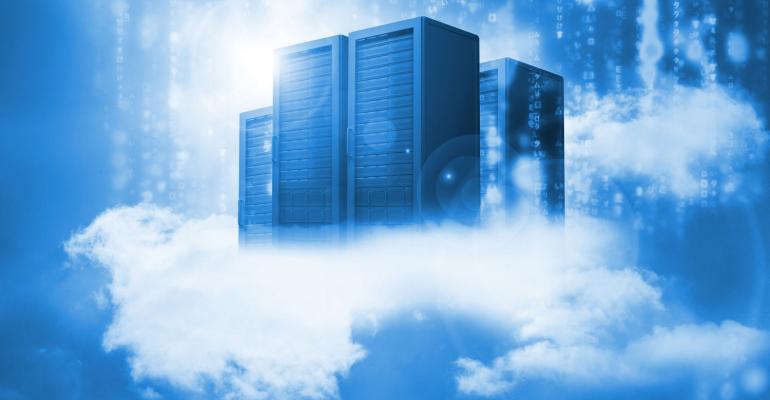 Get details on Microsoft’s Azure Stack family (which includes Azure Stack Hub and Azure Stack HCI) and learn how Microsoft’s approach differs from the two other big public cloud vendors and what that means for those considering a hybrid cloud solution.

Like the AWS and Google solutions, Azure Stack brings a cloud service provider’s portfolio of public cloud-based services to the data center. This is a subset of what’s available on the Azure cloud, but still includes over a hundred applications, from AI, blockchain and containers to IoT, security and web. In addition, the Azure Marketplace offers many other applications from an ecosystem of third-party companies.

But Azure Stack is also an infrastructure solution that lets you run workloads not associated with the public cloud; in fact, Azure Stack HCI can be deployed as purely on-premises infrastructure. As a compute platform, Azure Stack is currently a hypervisor-based environment that doesn’t offer a native Kubernetes solution, unlike Google Anthos and AWS Outposts. Azure Stack Hub is also widely used to create a public cloud offering for managed service providers. We'll discuss what these differences mean if you’re considering Azure Stack and other hybrid cloud solutions, but first let's go over the technology of Azure Stack.

The original “Azure Stack” (the predecessor to Azure Stack Hub) was first launched in 2017 as an on-premises extension of the Azure cloud, running on the same software stack (according to Microsoft). The concept was to enable companies to extend their Azure cloud into the data center for workloads that couldn’t run in the public cloud, typically for performance, regulatory or security reasons. Azure Stack was subsequently renamed Azure Stack Hub to differentiate this solution from Azure Stack HCI and Azure Stack Edge. As a product, Azure Stack Hub is essentially a hyperconverged architecture made up of four to 16 rack servers with internal storage devices, plus networking components. Azure Stack Hub runs on Windows Server 2019, which includes the Storage Spaces Direct software-defined storage layer and Hyper-V hypervisor. The whole solution is provided by one of Microsoft’s OEM partners, such as Cisco, Dell EMC, HPE, Huawei or Lenovo.

Companies can buy an Azure Stack Hub solution from one of these partners, which delivers and installs the turnkey solution and provides support with Microsoft (the exact support call process depends on the partner). This infrastructure can provide the on-premises portion of a hybrid cloud running the same applications available from the Azure cloud and managed through the same Azure portal. Base Azure Stack VM pricing is $40 per vCPU per month, which includes the Windows Server license, which comes out to $4,000 per month for 100 vCPUs. This does not include hardware.

Azure Stack Hub can also be the foundation for a managed services provider (MSP) to offer infrastructure as a service (IaaS) or platform as a service (PaaS) products to their end-user tenant customers. IaaS resource providers include compute (creating VMs and VM extensions), network (software-defined networking) and storage (blog, queue, table and Key Vault services). PaaS resource providers include app services (web, API and Azure Functions apps) and database services (SQL Server and MySQL). MSPs are also free to create any software as a service (SaaS) or PaaS solution they choose by abstracting the infrastructure and processes from the customer and creating a price list.

Azure Stack Edge, formerly called Azure Data Box Edge, is a 1U server appliance that runs in the data center or at “the edge” (manufacturing floor, data collection location, test site, etc.) managed from the Azure portal. The Azure Stack Edge, using Azure IoT Hub, a managed service that connects IoT devices to applications in Azure, supports some on-site computing, data pre-processing and hardware acceleration with FPGAs for complex tasks such as machine learning, before moving data to the Azure cloud. Azure Stack Edge is not designed to be an on-premises portion of a hybrid cloud.

Outposts brings the AWS cloud into your data center, literally, with a 100% service-based offering. AWS owns the whole thing and provides a zero-touch experience, not just “as a service” pricing. This is a heavy lift by AWS, essentially productizing the physical infrastructure it uses in its cloud data centers and handling the entire deployment and management process to create a very simple way to run AWS workloads on premises.

AWS has roughly one-third of the public cloud market. For some of these companies already committed to AWS for a substantial percentage of their development and/or production workloads, a touch-free service could make sense. For others, this may not be the best solution.

With Anthos, Google leveraged the VMware platform to run its GKE software, enabling customers to use any new or existing hardware that can support vSphere. Google is also selling through HCI vendors and it presumably could be installed on an existing HCI as well. Anthos is a software solution that can integrate with hardware of your choice but requires customers to do some of the integration work required to get these Kubernetes components up and running. Anthos is designed for companies that need the ability to connect with the public cloud, but aren’t ready to make the commitment for a turnkey solution like Outposts.

Google and Amazon have no footprint in the corporate data center. While their approaches to creating an on-premises hybrid cloud solution are very different than the Azure Stack hybrid cloud, they’re coming at the problem from a similar perspective, as public cloud companies.

Microsoft, on the other hand, has a very significant presence in the data center. Instead of creating a new service-based offering or writing a software package for deployment on VMware, Azure Stack runs on Windows Server OS and has been available as a turnkey scale-out solution for several years. Microsoft’s approach comes at the problem from the data center instead of from the cloud. For companies that need a path to the cloud but want to start in the data center, this may be the best solution. For service providers, Azure Stack Hub can also provide the foundation for PaaS or IaaS offerings.

A note about pricing: Some pricing was provided in this and the previous blogs in this series.

But a meaningful comparison would require much more detail than is possible in this blog, including a number of assumptions about workloads, resources and hardware configuration. This will be the subject of a future article.