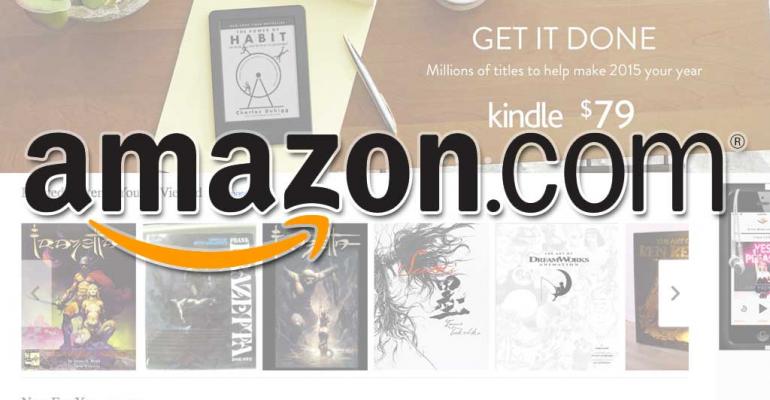 Within hours of Amazon.com Inc. losing a lucrative Pentagon cloud-computing contract to rival Microsoft Corp. there were hints that the Seattle giant would challenge the decision. Amazon has several options to do so, extending from federal courts to Capitol Hill.

(Bloomberg) -- Within hours of Amazon.com Inc. losing a lucrative Pentagon cloud-computing contract to rival Microsoft Corp. there were hints that the Seattle giant would challenge the decision.

Amazon has several options to do so, extending from federal courts to Capitol Hill -- and, with the clock ticking on some of them, the company is expected to move expeditiously.

The Defense Department late Friday awarded the closely watched contract to modernize the Pentagon’s computing infrastructure to Microsoft, an upset victory for a company initially viewed as a distant second to Amazon in the market for cloud-computing services. The project could be worth as much as $10 billion over a decade and lead to other contracts.

High-profile federal procurement projects often face legal or administrative appeals, and experts in federal contracting say a protest from Amazon became more likely after President Donald Trump earlier this year publicly suggested that the Joint Enterprise Defense Initiative, or JEDI, was unfairly structured to give the Seattle company an advantage.

“Amazon has the president on record clearly stating that he was looking at intervening in the procurement process,” said Barbara Kinosky, a managing partner at Centre Law and Consulting LLC, a specialist in federal contracting. “I am guessing Amazon and its legal team did not spend the weekend watching the World Series.”

Amazon is considering its options for legal challenges, a person familiar with the matter has said. The company had been preparing for the award under the assumption that the Pentagon’s decision would wind up in court regardless of the winner, said another person familiar with Amazon’s thinking.

For Amazon, the value of the contract far exceeds $10 billion, technology analysts and experts in government procurement say. The company’s Amazon Web Services division gained legitimacy as a provider of technology tools to big companies and governments in part with a deal, signed in 2013, to provide services to the Central Intelligence Agency.

With JEDI, Amazon had the opportunity to earn another seal of approval and take a step toward making AWS the default option for federal agencies. Instead, Amazon faces the prospect that a contract it was widely expected to win will instead bolster the credentials of its most capable rival at a time when AWS’s growth rate is slowing.

“The JEDI loss challenges what once looked like clear dominance in the federal market for Amazon,” said James Bach, an analyst with Bloomberg Intelligence. “By picking Microsoft, the Pentagon, with its sensitive workloads and rigorous security requirements, made clear that Amazon can’t rest on its laurels as cloud-market leader to win deals.”

Government Accountability Office rules give Amazon 10 days from the date of a contract award, or five days from their official debriefing from the Pentagon, to file a protest and pause the procurement. The debriefing is designed to give Amazon feedback on its bid. AWS and the Defense Dept. didn’t return messages seeking comment on Monday.

Such a challenge would trigger a review that the GAO must complete within 100 days and prevent the contract from taking effect in the meantime, though the Pentagon has the power to override the hold and proceed anyway. Two years after first outlining the project, there are signs the Pentagon is eager to move quickly.

Even while Oracle Corp. challenged the bidding process in court earlier this year, the Pentagon started to lay the groundwork for implementation by various defense agencies. And it’s notable that Oracle’s challenge failed and is now under appeal -- a sign of how high the bar is to challenge the bidding process.

Amazon also could file a lawsuit with the U.S. Court of Federal Claims seeking an injunction to prevent the contract from taking effect. Courts in such cases ultimately tend to defer to the government agency that awarded the deal. But a lawsuit would give Amazon’s lawyers the opportunity to seek documents from the Pentagon and Microsoft that might make the public case for a rehearing of the contract, said Charles Tiefer, a professor of government contracting law at the University of Baltimore. Amazon could also seek to apply pressure on Capitol Hill, he said.

“The issue of whether President Trump intervened either explicitly or implicitly might well get the attention of a House committee or subcommittee,” Tiefer said. “Trump was very, very loud in his expression of bias.”

When Amazon was seen as the likely winner, rivals like Oracle and International Business Machines Corp. lobbied the Pentagon to award components of the deal to multiple suppliers. The Defense Department could try to forestall an Amazon protest by offering a portion of the deal to AWS.

For More: Why Microsoft’s $10B JEDI Cloud Win Shouldn’t Surprise You

On Tuesday, Dana Deasy, nominated to be the Pentagon’s chief information officer, said that to the best of his knowledge the White House didn’t reach out to the contract selection team. Deasy was speaking at a Senate Armed Services Committee hearing on his nomination.

Though no law flatly prohibits a president from weighing in on a contract, Trump’s comments broke precedent and struck some as a violation of longstanding norms separating contracting from political considerations. Strict rules govern what factors agencies can consider in awarding government business. The White House didn’t respond to a request for comment.

Amazon could argue that Trump’s actions and the Pentagon’s decision, made under the appearance of public pressure from the White House, has the effect of blacklisting Amazon from contract work during the administration, said Steven Schooner, a professor of government procurement law at George Washington University. Formally disbarring a contractor is by law supposed include a notice period and guarantees of due process, he said.