/sites/all/themes/penton_subtheme_itprotoday/images/logos/footer.png
Recent
Recent
AI in Business: Can Ethics Be Reduced to Metrics?
May 24, 2022
3 Areas to Consider When Tackling Metaverse Storage Needs
May 24, 2022
D.C. Sues Zuckerberg Over Cambridge Analytica Data Breach
May 23, 2022
Investor John Doerr: Silicon Valley Should 'Triple Down' on Clean Tech
May 23, 2022
Featured
5 Best Practices for Compliance-Proofing Your Cloud Strategy
May 18, 2022
4 Reasons Why AWS Could Lose Its Dominant Cloud Market Share
May 10, 2022
How to Spot the Warning Signs of Ransomware Attacks
Apr 20, 2022
Best Windows 11 Tips and Tricks: Top 11 Articles
Mar 18, 2022
Edge Computing in the Enterprise
brought to you by
Technical Explainer 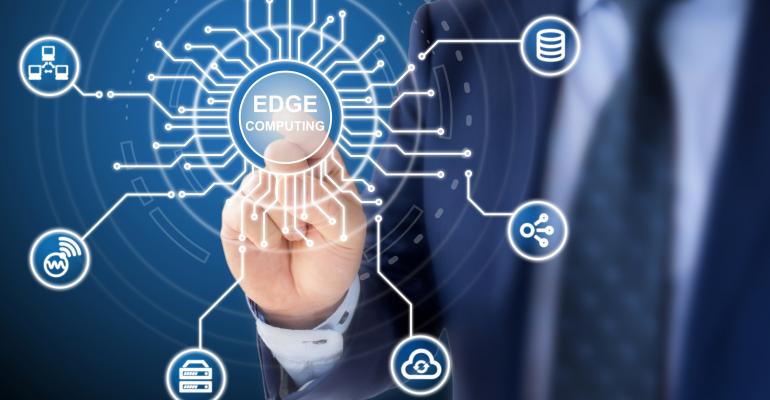 Why ‘Edge Computing vs. Cloud Computing’ Misses the Point

As you likely know by now, thanks to all of the hype surrounding edge, edge computing is a type of architecture in which data and processing power are hosted as close to end users as possible.

Edge architectures can be implemented in many ways. You can build a cloud edge, which means workloads are hosted in geographically data centers that bring applications and data closer to users than conventional, centralized clouds. You could also create a device edge that offloads processing and data hosting directly to end-user edge devices, such as IoT equipment.

At a high level, it’s easy to make a distinction between edge computing and cloud computing. If the cloud centralizes data storage and processing power, edge computing decentralizes those resources by distributing them to the “edge” of the network, meaning to locations that are closer to end users.

But when you dive deeper into edge and cloud architectures, the lines separating them can become blurry. For example, if you build a hybrid cloud where some of your workloads run in the public cloud but others are hosted in local data centers for security or privacy reasons, does that count as an edge architecture? Arguably, it does, in the sense that some data and processing happens in data centers that are closer to your users than centralized locations in the cloud. On the other hand, bringing workloads closer to users is not usually the primary focus of hybrid cloud, so few people usually think of hybrid and edge as one and the same.

You can ask similar questions about a cloud architecture in which you distribute redundant instances of workloads across multiple cloud data regions to increase availability. Such a setup would have the effect of placing workloads closer to some end users than they would otherwise be if everything was hosted in a single cloud region whose data centers were distant from most of your users. But here again, few would consider this an edge architecture; they would call it a multi-region public cloud.

Using a content delivery network (CDN) places you in a similar boat. If you distribute cloud workloads across a CDN network, is that an edge architecture, or is it just a cloud that takes advantage of a CDN?

Edge as an Extension of Cloud

Faced with quandaries like these, you could draw two conclusions about the edge computing vs. cloud computing issue.

One is that edge computing is just an over-hyped buzzword to refer to practices (like CDN networks and client-side code execution) that are not at all new. I think there is a lot of truth to this viewpoint.

However, I think you can also make the case that if there is anything novel about edge computing as it is being practiced today, it’s the way in which edge is being used to solve the pain points of cloud architectures. This doesn’t mean edge is a replacement for the cloud; on the contrary, edge is a practice that makes the cloud stronger, and allows organizations to use the cloud in situations where a cloud architecture otherwise would not be ideal.

For more on edge computing, read Omdia's New Compute Ecosystem: From Cloud to Edge 2021 Report, which offers an overview of the market for IT and physical infrastructure equipment deployed at edge locations as well as insights from 18 edge-focused thought leaders.

The Achilles’ heel of the cloud has always been the network. The ability to centralize workloads on remote servers, which is what the cloud does so well, has been counterbalanced by the need to connect and access those workloads via the network. When the network is slow, unavailable or expensive, the cloud ceases to work well.

When you pair cloud infrastructure with edge infrastructure, then, you get the agility of the cloud without the drawbacks that typically come with a network-dependent cloud architecture. This is why edge extends and reinforces the power of the cloud, rather than supplanting it.

It’s worth noting that edge and cloud don’t have to go hand-in-hand. You can certainly build an edge infrastructure that doesn’t connect to the cloud in any way.

But this is not generally what businesses are doing. I have yet to hear of a company that ran everything solely on-premises, then decided to migrate to the edge without using a public cloud in any way. Virtually everyone implementing edge strategies today is already in the cloud, and is looking to get more out of the cloud.

In short, edge is a solution that helps organizations double-down on their investment in cloud architectures, not replace them. To talk of “edge computing vs. cloud computing” is to create a false dichotomy that obscures the true value of the edge as it is being implemented today.