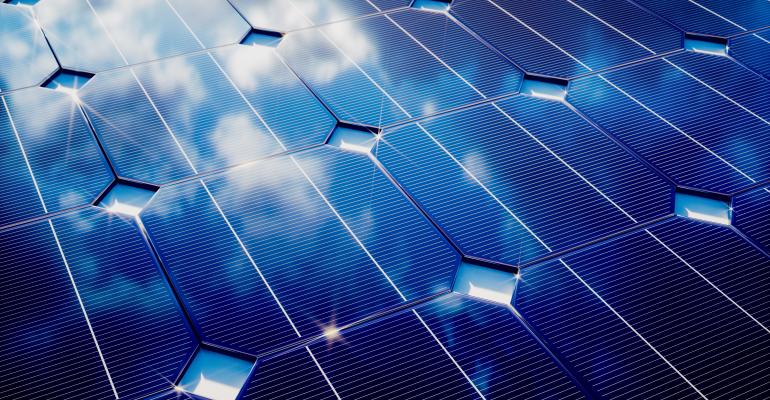 Evolving from multicloud to poly cloud can help organizations reap more value from the various cloud platforms they use.

Today, multicloud has become mundane. As of 2021, 9 out of 10 enterprises were using multicloud architectures. Yet, there remains room for innovation on the multicloud front. By evolving from basic multicloud into what’s known as poly cloud--which, despite its name, is distinct from multicloud--businesses can potentially reap more value from the various cloud platforms they use.

What does poly cloud mean, how is it different from standard multicloud, and does your business need poly cloud? Read on for insights.

What Is Poly Cloud?

Poly cloud (or polycloud) is a cloud architecture in which different types of cloud services are hosted on different clouds.

In other words, when you have a polycloud strategy, you run some types of cloud services--such as storage--on one cloud, while you host others--like compute or an AI service--on another.

The big differentiator between multicloud and polycloud is the way cloud services are organized within a business’s overall cloud strategy.

Multicloud simply means using more than one cloud at the same time, but not necessarily choosing a different cloud for each type of service. You could store some data on AWS and other data on Azure, for example, or host VMs on both of these clouds, as part of a multicloud strategy.

In contrast, with poly cloud, each type of cloud service that you use resides on one and only one cloud. All of your VMs might be hosted in AWS alone, for example, while all of your data resides in Azure.

Relatedly, some definitions of polycloud emphasize the use of cloud services that are unique to a particular cloud.

For example, IBM offers a suite of cloud AI services that are different from (albeit generally similar to) those available on AWS or Azure. Thus, as part of a polycloud strategy, you might choose one particular cloud’s AI service because it offers features that you can’t find elsewhere. In contrast, if you are just running VMs or storing data in the cloud, you would be less likely to make decisions about a cloud vendor based on features. These types of services are more or less the same feature-wise across all the public clouds.

To put all of this another way, a poly cloud strategy is one in which you use multiple clouds in a purposeful manner that allows you to get the best mix of features and functionality possible. A multicloud strategy tends to be less deliberate and planned; a business might go multicloud just because some of its teams prefer AWS while others prefer Azure, rather than because it needs a set of special cloud services that can only be obtained by combining multiple clouds.

To be sure, the poly cloud and multicloud concepts are closely related, and the precise definition of poly cloud can be hard to pin down (which is also the case with multicloud). You could debate exactly where a simple multicloud strategy stops and a poly cloud one begins, but, in general, it boils down to how a business structures its cloud services and what it is trying to get out of the cloud.

How Long Has Poly Cloud Been Around?

The conversation surrounding poly cloud began circa 2017--this ThoughtWorks post appears to be one of the first mentions of it--but the discussion was largely drowned out by talk about multicloud.

However, now that multicloud has matured and become a de facto strategy for many businesses, interest in poly cloud is starting to surge. O’Reilly has a learning resource dedicated to polycloud, and more cloud consulting agencies are starting to play up the concept.

For now, you’re still likely to see much more interest in multicloud than in poly cloud. But that may change as businesses look for ways to get more out of the multiple clouds that they are already using.

Why Is Poly Cloud Important?

The main value of poly cloud lies in its ability to help optimize existing investments in multicloud architectures.

Multicloud offers a range of benefits, including the ability to lower costs and improve workload reliability. But it also has drawbacks, like the management headaches that can increase when the same types of workloads are distributed across multiple clouds and there’s a need to constantly reassess workload placement to ensure that you’re still getting the best bang for your buck as cloud vendors adjust their prices.

Poly cloud solves some of these challenges by helping businesses take a more systematic and purposeful approach to workload placement. Instead of deploying the same types of resources on multiple clouds at once, polycloud makes environments more manageable by placing each type of resource in a specific cloud. It may also lead to better long-term outcomes by focusing on cloud service features, which don’t change often, rather than pricing.

How Can You Do Poly Cloud?

Because poly cloud is an architectural concept rather than a specific tool or platform, adopting a poly cloud strategy takes more work than setting up new software. You need to step back, evaluate your current cloud architecture and determine whether a poly cloud approach would make more sense. If it does, you’ll next have to decide which services you want to consume from which clouds. And then you’ll need to migrate everything to implement the poly cloud environment.

Going poly cloud, then, is no simple feat. But it may be worth it, especially for businesses whose multicloud strategy is under-delivering.