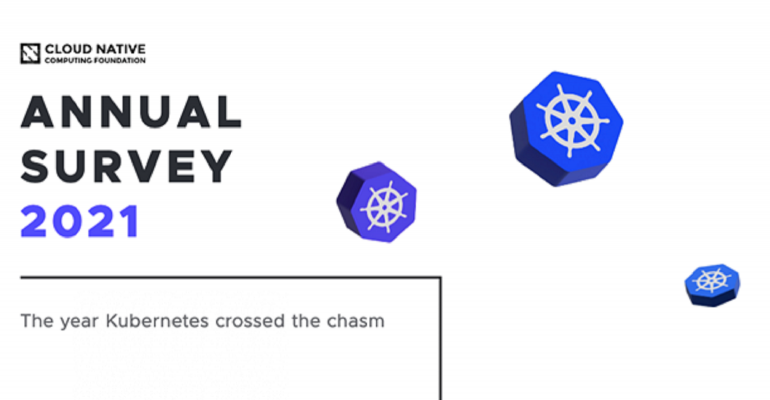 Kubernetes has become a de facto standard platform for cloud-native deployments, with many organizations using Amazon, Google and Microsoft services.

Few trends in IT have been as pervasive in recent years as the dominance of cloud-native technologies including Kubernetes.

In an attempt to quantify the current state of cloud-native technology adoption, the Cloud Native Computing Foundation (CNCF) recently published its sixth annual Cloud Native Survey. The report is based on a survey of developers conducted by the CNCF as well as on production data from cloud monitoring vendors New Relic and Datadog and supplementary data from developer analyst firm SlashData.

Among the big findings in the report is that approximately 5.6 million developers are using Kubernetes worldwide.

"The biggest surprise is that Kubernetes has reached the level where developers are using it without even being aware, kind of how Linux is everywhere without people realizing they are using it in their phones, TVs, or household appliances," CNCF Chief Technology Officer Chris Aniszczyk told ITPro Today.

Kubernetes isn't just about developers, it's also about having a target deployment for applications in the cloud.

Production data from CNCF member Datadog shows that nearly 90% of Kubernetes users leverage cloud-managed services, up from not even 70% in 2020, according to Aniszczyk.

In addition, CNCF's data found that 79% of respondents use Certified Kubernetes Hosted platforms, he said. The most popular platforms in use are Amazon’s EKS, Microsoft’s AKS, and Google’s GKE.

Barriers to Adoption of Cloud-Native Technologies

While Kubernetes adoption overall is strong, the CNCF report  found that large organizations, particularly enterprises with more than 5,000 employees, are far more likely to be using Kubernetes than smaller organizations. This pattern was mirrored by data from Datadog and SlashData.

"This could be because cloud-native challenges can be prohibitive to smaller organizations," Aniszczyk said.

According to the CNCF survey, the biggest challenges to using containers are:

Larger organizations are better able to hire Kubernetes experts and support their ongoing training, whereas smaller companies may be dependent on one or two individuals who are learning as they go.

"Trying to fill these gaps is exactly why we launched our Kubernetes and Cloud Native Associate [KCNA] exam and training — our community expressed the need for more beginner-friendly training materials and certifications," Aniszczyk said.

The Future of Cloud-Native Technology Adoption

Cloud-native is about more than just Kubernetes. The CNCF hosts a growing landscape of projects, including security, service mesh, container, logging, database, continuous integration/continuous delivery (CI/CD), and storage efforts, among others.

Aniszczyk said that as Kubernetes adoption in the CNCF community approaches 100%, he's starting to see organizations adopt technologies higher up the cloud-native stack. Companies are adopting less mature projects to tackle more advanced challenges – for example, with service meshes including Envoy and Linkerd, as well as observability tools such as Prometheus and Fluentd, he said.

Aniszczyk pointed out that production usage data from CNCF member New Relic, for example, shows that Prometheus adoption increased by 43% in the last six months of 2021, while Fluentd adoption grew by 53% over the past year.

"I believe 2022 will be a defining year for emerging areas of cloud-native like edge, observability, and security, as container infrastructures continue to mature," Aniszczyk said.