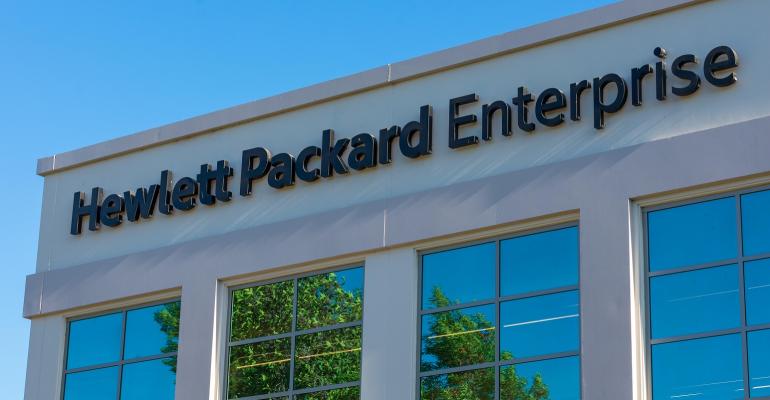 Hewlett Packard Enterprise continued the expansion of its GreenLake hybrid cloud offering with a series of announcements at the company's Discover event in Germany last week. HPE designed the new services to help organizations modernize their workloads and accelerate digital transformation efforts.

At the HPE Discover event in Frankfurt on Dec. 7, the company announced that it has added support for Kubernetes with Amazon Elastic Kubernetes Service (Amazon EKS) Anywhere from Amazon Web Services (AWS).

Related: Best Practices for Moving to a Multicloud Strategy

Rounding out HPE's updates is the early access release of HPE GreenLake for Data Fabric and Unified Analytics.

"Half of all companies out there today are adopting a hybrid approach. As we look out two or three years, we believe … that number is going to go to 70%."

HPE is expanding its hybrid cloud efforts because it sees growing demand in the coming years.

"Looking at the data, half of all companies out there today are adopting a hybrid approach," Vishal Lall, senior vice president and general manager of HPE GreenLake Cloud Services Solutions, said during a media briefing. "As we look out two or three years, we believe, based on everything that we're seeing, research and customer conversations, that number is going to go to 70%."

The HPE GreenLake for Private Cloud Enterprise offering was announced in June and is now generally available.

HPE GreenLake for Private Cloud Enterprise is delivered as a service, making it different from what many users might have expected from HPE, said Bryan Thompson, vice president of product management for HPE GreenLake Cloud Services Solutions.

"It's not about a bill of materials; it's a service provided to the customer with a rate card consumption approach that gives a public cloud consumption experience," Thompson said. "It is now delivered in a form factor optimized for a single tenant where customers need it to be, in their data centers, in edge locations, or in colocation."

Thompson noted that HPE GreenLake for Private Cloud Enterprise started with a container-as-a-service capability. With the new support for Amazon EKS, HPE is extending the hybrid cloud experience further, he said. Users can now choose to use Amazon EKS to run container workloads. As such, an organization can have a consistent experience running containers in the public cloud and in HPE private cloud deployments.

Previously, HPE provided insight into how HPE GreenLake services were being consumed; now it is able to provide visibility into multicloud consumption, Thompson said. As a result, organizations can now get better insight into what cloud services they are consuming, whether it's private cloud or public cloud. Different services and usage can be tagged to help with chargeback and budgets for different departments within a company.

"We can now consume the inbound consumption data from AWS, [Microsoft] Azure, or GCP [Google Cloud Platform], and bring that into that same reporting mechanism," Thompson said.