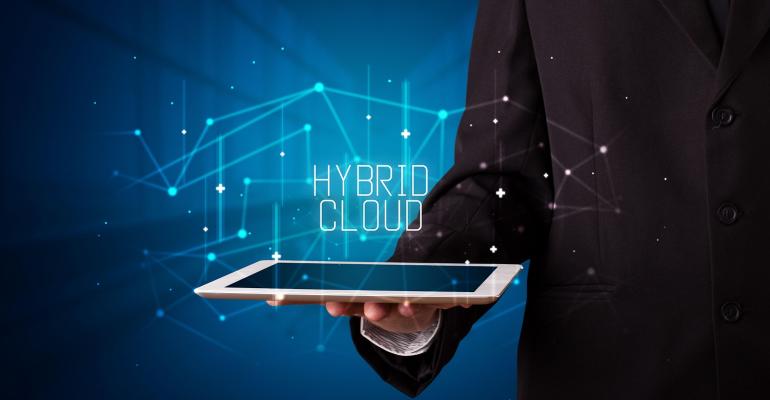 As enterprises look to improve operations, many are turning to a hybrid cloud strategy, which blends on-prem and hosted services.

Businesses have been moving to a cloud operating model for the better part of two decades, but the term “cloud” has been continuously evolving. Early cloud deployments were akin to hosted services where a business would “lift and shift” a workload to an offsite location. For the past decade or so, cloud has been defined by public clouds, where businesses would deploy data and/or workloads in a hyper-scaler such as AWS, Azure, or GCP.

Based on my conversations with IT leaders, it’s been my thesis that we are in the midst of the next evolutionary step in cloud, and that’s hybrid cloud, which is defined as a combination of two more clouds that are centrally managed. This can include on-premises private, hosted private, or public infrastructure-as-a-service (IaaS) cloud.

One good anecdotal proof point that the hybrid cloud is real is that all “big three” cloud providers (Amazon, Google, and Microsoft) all have their own hybrid cloud offerings. I recall the Re:Invent 2019 event when AWS released Outposts. In the analysts’ Q&A session, I asked then-head of AWS Andy Jassey why the company chose to come to market with its own private cloud stack, and he gave a very simple answer of “because our enterprise customers want it.”

Cisco recently released its “2022 Global Hybrid Cloud Trends Report,” which examines the promise of hybrid cloud and offers guidance to businesses making the transition to a hybrid cloud model. The report is based on data collected from a survey of 2,500 global IT decision-makers and professionals in cloud operations (CloudOps), development and IT operations (DevOps), and enterprise networking roles. The survey was conducted between April 11 and May 6, 2022, in 13 countries across North America, Latin America, Western Europe, and Asia-Pacific.

In the report, Cisco recommends moving to an infrastructure strategy that is cloud-ready and uses a cloud-smart operations model.