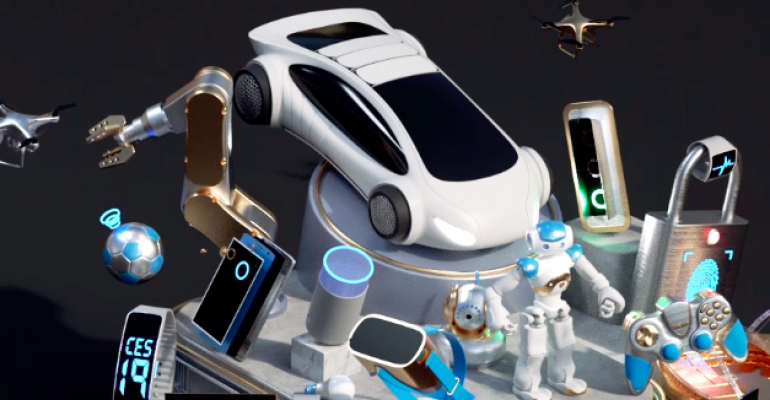 Both Seagate and archrival Western Digital announced a slew of new and improved storage technologies at this week’s Consumer Electronics Show (CES) in Las Vegas. While many were focused on the consumer market, both vendors introduced a few noteworthy products aimed at enterprises and IT professionals.

In addition to announcing new mobile and internal SSDs, Seagate introduced IronWolf 110, which it claims is the world’s first SSD for NAS. It uses Seagate’s Durawrite technology to improve read and write speed, and is available in four sizes ranging from 240GB to 3.84 TB. Other features include a SATA 6GB/s interface, a power loss data protection circuit and 2M/hour MTBF (meantime between failures).

NAS-optimized devices like these typically improve performance, availability and capacity. They also tend to support RAID without timeouts and continuous operations. Seagate suggests that the IronWolf 110 is most suited to creative professionals, small and midsize businesses and SME NAS users.

While SSD-based NAS solutions are nothing new, the IronWolf 110 is optimized for NAS instead of simply being a faster drive, says Greg Schulz, senior advisory analyst at StorageIO.

“With NAS-optimized SSDs, it’s not just about fast flash or other SSD media and interfaces like SAS, SATA, NVMe, USB-C or Thunderbolt,” he explained. “It’s about what’s inside that counts, and that’s where the software implemented as firmware in these devices brings new value.”

One of Western Digital’s most interesting announcements is its SanDisk 4TB USB-C prototype, which the company claims is the world’s smallest 4TB USB-C flash drive.

In addition to a very small form factor, the prototype is one of the first to use the newer, more secure USB-C standard. The USB-C standard is rapidly replacing older, rectangular Type A USB ports in laptops, tablets and mobile phones. Many smaller servers and workstations also are supporting USB-C. Because most USB-C ports are built on the USB 3.1 data transfer standard and support Intel’s Thunderbolt 3 data transfer technology, they tend to transfer data much faster than previous versions. They also are more secure, with authentication that helps protect against malware and other USB-related infections.

Schulz says the SanDisk 4TB USB-C prototype is an eye-catcher for speed as well as capacity, although time will tell whether it’s a bargain from a price standpoint.

“This could be a nice device for complimenting cloud based data protection backup and mobility, among other uses,” he said.

Schulz noted that these announcements show there is plenty of life and demand for NAND, flash, SAS and SATA, although the future probably points to emerging storage class memories (SCM) and NVMe.