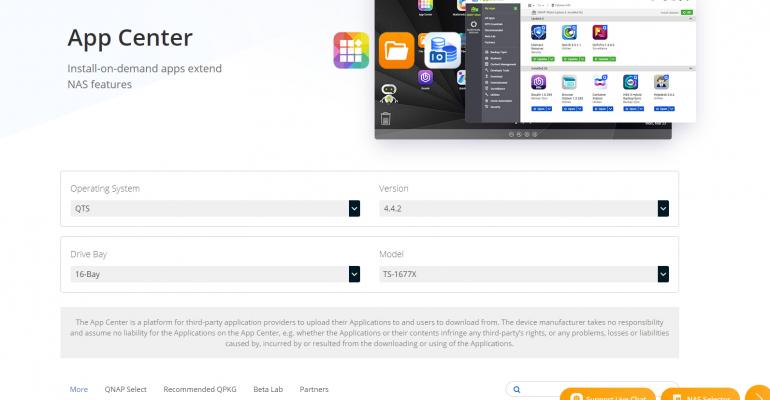 Does It Make Sense to Run Apps Directly on NAS Systems?

NAS systems can get a functionality boost from apps, but it may come at a performance cost.

In recent years, NAS storage vendors have been building app stores and allowing customers to download apps that can be run directly on NAS systems. In some ways, this trend is hardly surprising. After all, app stores are extremely popular for desktop and mobile platforms, so it seems only natural for storage vendors to try to capitalize on the trend. At the same time, though, it’s important to consider whether running an app directly on a NAS appliance is a good idea.

The most compelling reason for running an app directly on NAS systems is that apps can extend the appliance’s functionality.

NAS vendors generally focus on functionality rather than use cases. This means that NAS systems commonly include tools for things like monitoring storage health and managing volumes. While a NAS vendor might include an option to configure an appliance to act as a file server or as a media server, these services are far from being NAS vendors’ primary areas of focus. In contrast, a third-party file server app would likely include features that go far beyond those that NAS vendors integrate into their appliances.

At the same time, though, there are also strong arguments against the practice of running apps directly on NAS systems.

One such argument is that the app might not be certified to work properly with the appliance.

Many NAS systems run Linux operating systems. There is a good chance that many of the apps in the app store were not developed specifically for use in a NAS environment, but rather are simply Linux apps that have been repackaged for use on NAS.

QNAP (which has one of the largest NAS app stores) actually put a disclaimer on its app store indicating that it takes no responsibility for problems caused by apps. This statement implies that QNAP has not certified the apps for use on its appliances. This is an important consideration since a poorly written app could conceivably destabilize the NAS system. 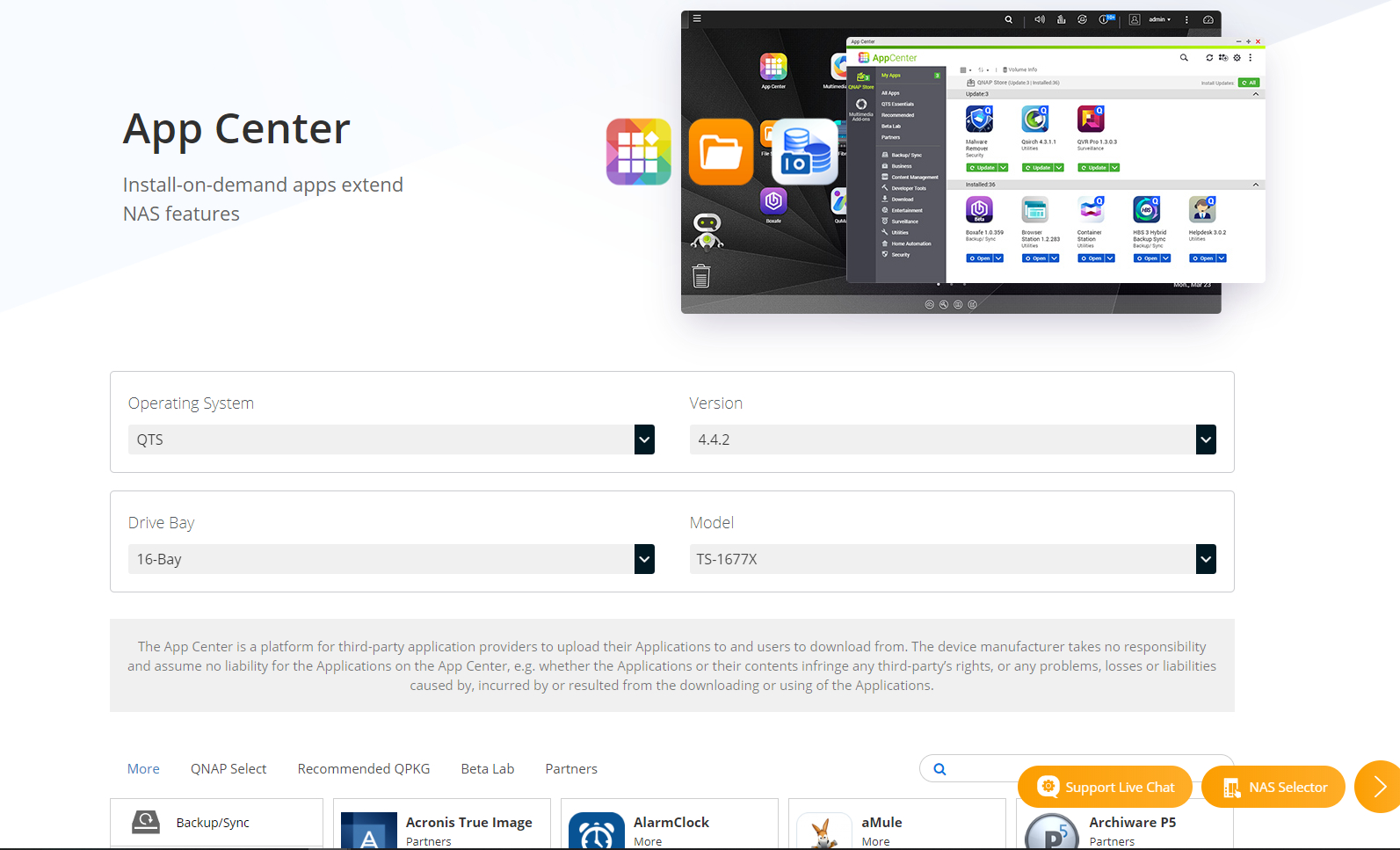 QNAP displays a strong disclaimer on its app store.

Another argument against running an app directly on NAS systems is that doing so could impact the appliances’ performance. When you run an app on a NAS appliance, that app is consuming CPU cycles, memory, storage IO and other hardware resources. These resources might be better used by the NAS systems themselves.

For example, NAS systems generally use a portion of their memory for caching. Similarly, CPU resources might be used for indexing the appliances’ file systems. If a third-party app consumes some of these resources, there is at least a chance that it won’t leave enough resources for the NAS appliance to perform its primary functions.

While a legitimate case might be made for running a file server app, a backup app or perhaps a security app, the app stores also sometimes contain apps that are somewhat baffling.

The QNAP app store, for example, includes a Facebook app, various Web browsers, and business apps such as LibreOffice and Skype. I have trouble imagining a situation that would justify running those types of apps directly on NAS systems. 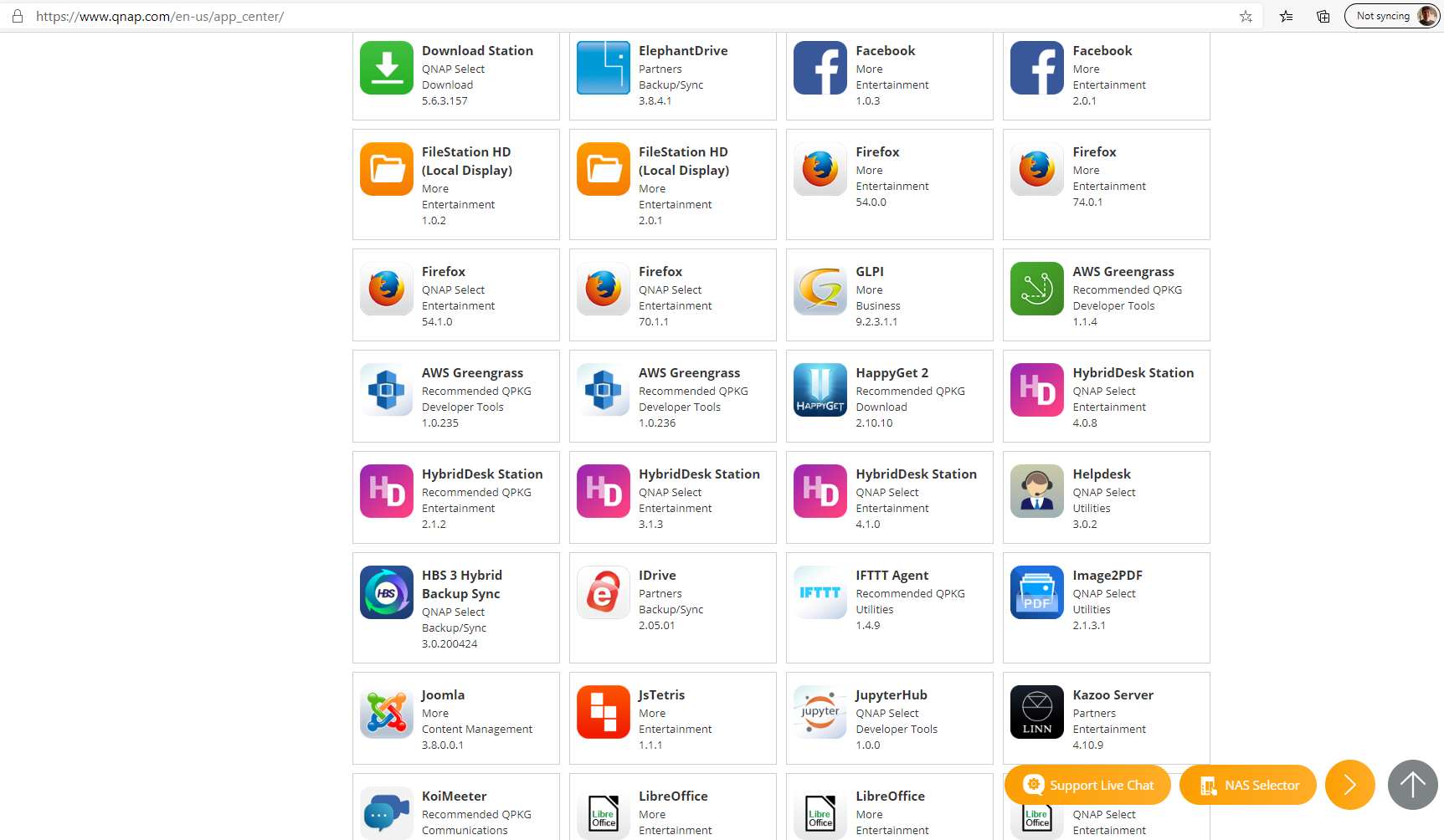 These are some of the apps that are available in the QNAP app store.

Ultimately, I don’t think running apps directly on NAS systems is a universally good option, but it isn’t universally bad, either. Organizations need to consider their own needs and their hardware’s capabilities when deciding whether to install apps on NAS systems.