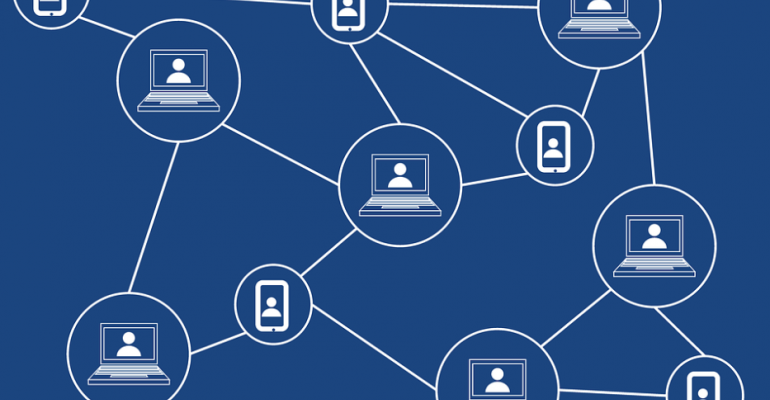 Bluzelle CEO discusses where blockchain breaks down when it comes to data storage and integrity, and how a decentralized architecture can help.

According to IDC, global spending on blockchain—a decentralized technology that links blocks of data using cryptography—will grow to $11.7 billion by 2022. At the same time, developing applications using blockchain can be complicated, leading to the growth of the blockchain-as-a-service (BaaS) market. Technavio forecasts the BaaS market to grow at a rate of more than 85 percent between now and 2022. That’s where start-up Bluzelle comes in. CEO Pavel Bains explains why and how to optimize blockchain applications.

ITPro Today: Why do blockchain applications need a different type of storage from other types of applications?

Bains: Blockchain is great for validating transactions but very poor at storing large amounts of information, because every time a block is created it adds to the blockchain and things slow down. Say you’re building a new dating app on Ethereum so it can match people better through smart contracts. You have to store the data you are capturing somewhere, and traditional databases aren’t well-suited because they aren’t fast enough, scalable enough or secure enough.

ITPro Today: What made you realize that blockchain needed a different approach to storage?

Bains: A few years ago, we built an identity management application using blockchain for several banks in Asia. We used Microsoft Azure for the storage component, but had to essentially blockchain-ify it to make it work. Our CTO realized that if we were having this problem, others also would. We realized what was missing and started developing the product that became Bluzelle.

ITPro Today: So how is your storage solution different from others and particularly well-suited for blockchain?

Bains: It’s the database layer of an application, much like an Oracle, except that it’s decentralized and uses algorithms that help ensure very high scalability and greater security. It’s really the decentralization concept that makes the most difference. Instead of storing all data on a server in your office or in the cloud, we’re breaking the data into thousands of pieces and spreading them across thousands of nodes in our network around the world.

ITPro Today: How does this decentralized approach to storage improve security?

Bains: Most databases today are centralized, which means there is one point of attack. By using blockchain principles and making it decentralized, you can increase security exponentially. If your data is broken into thousands of pieces and stored in nodes around the world, somebody would have to take over every node separately and break all of the encryption at every point to put the data back together.

ITPro Today: How does your approach improve data integrity?

Bains: We use an algorithm that ensures that when you update or change anything in the database, the entire network has to agree that you have the right keys and qualifications to do it. That’s the only way changes are permitted.

ITPro Today: Although your technology can be used by any blockchain application, you seem to be positioning it for use with blockchain-as-a-service. Why?

Bains: Bluzelle itself is designed as an on-demand database service for blockchain. As a service, we can easily become part of a solution that includes blockchain-as-a-service offerings, and those are growing rapidly.

ITPro Today: Is blockchain-optimized storage something you think every IT professional should know about, or is it for a niche audience?

Bains: The amount of data that’s being transferred is growing exponentially, and the current Internet infrastructure just can’t handle all of this. As the amount of data continues to grow, and as security concerns continue to increase, we think it will become the preferred way to store all kinds of data. We should all be using a decentralized architecture because it’s more secure, with better data integrity, and it’s more scalable and reliable.

Blockchain Use Case: Will All Storage Eventually Be Based on Blockchain?
Sep 17, 2018

Oracle Rolling Out Blockchain Products as Soon as This Month
May 08, 2018